In Part 1 of this Java 9 tutorial series, we covered Java 9 modules. Here in Part 2 of this series, we are going to explore JShell. Any up-to-date programming language has a REPL. In today's world, where you have two-week sprints and you need to learn while coding, it's important to have a fast feedback loop. You don’t want to set up a whole project just to test something in the code, right? The REPL brings that to you. REPLs are common in Scala, Python, Ruby, Shell scripts, and now also in… Java! 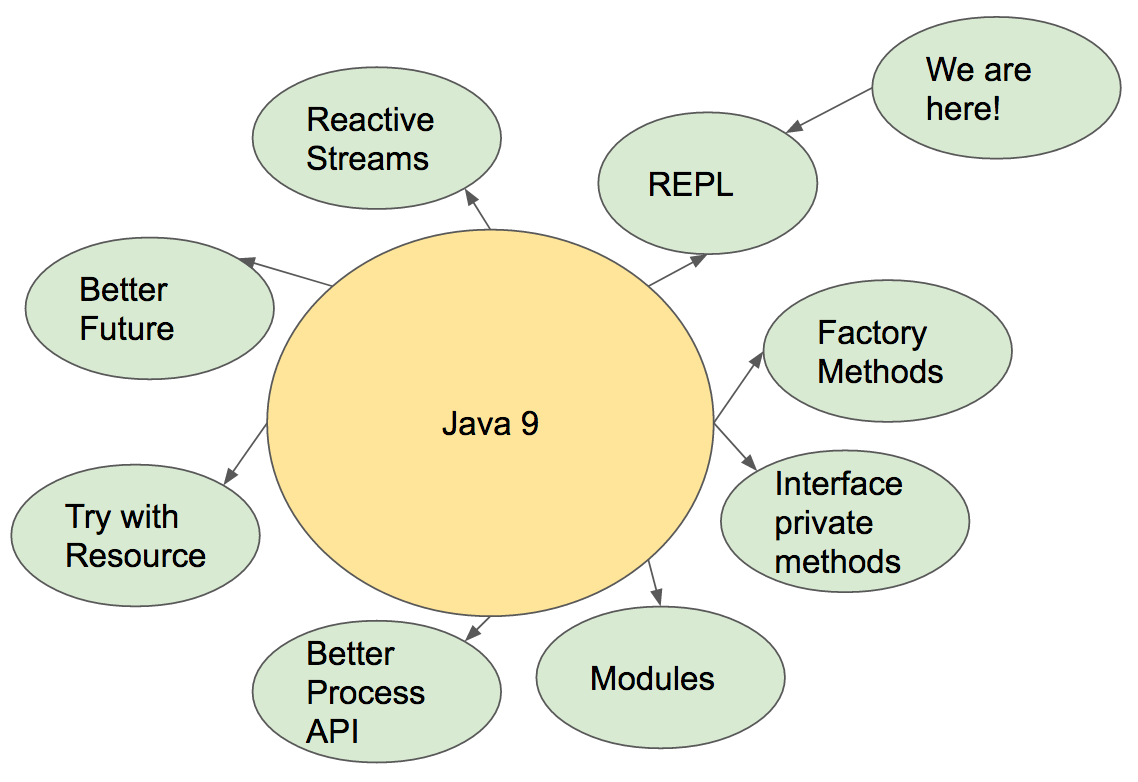 Java 9 has the following new features:

In this tutorial, we are going to go from zero into a working JShell.

Although we already covered downloading Java 9, we always want to start from the ground floor. We don’t want to force you to go to another tutorial in order to get any step, so here is how to download it into your macOS.

Go to: http://jdk.java.net/9/ and click on the JDK relevant to your favorite and used OS.

And after downloading it, just click it to install (if you are on macOS) and verify you have it installed:

And it’s up and running.

Running JShell is just... typing jshell in your Terminal. Let's try it:

Type /help to get a list of things you can do with JShell:

One of the interesting commands above is /imports. Let's see if we have some by default:

Let’s try out some basic calculations and see how our shell works as a nice little calculator (you can uninstall the one you have):

So every result was placed in a numeric var starting with $.

Let's define a small function that takes an int and doubles it. Then let's call it.

Amazing, so we are able to quickly define functions and use them from within the shell. In general, everything looks so smooth.

After using modules in the previous tutorial, we went on to investigate Java 9 by checking out its REPL. We started again from ground zero. We downloaded Java 9 from scratch, then ran JShell, the new REPL provided by Java 9. We then ran some calculations, saw the variable returned, saw the default imports by the shell, and then quickly defined a function and used it, all without executing javac or java within the REPL. Way to go Java!