In this article, we will cover the usage of Jenkins along with Nexus OSS and let's go through how we can publish Maven artifacts using Jenkins.

So let's get our hands dirty.

You can get more details about the Docker images I used in this article from here and here.

I am using my own fork of Cargo EE Java project as source code to build the artifact the main difference is I'm not using it as SNAPSHOT.

The Nexus plugin IDs we are going to install are nexus-artifact-uploader and pipeline-utility-steps.

For this go to http://localhost:8080/pluginManager/available and search for the for "nexus-artifact-uploader" and install the plugin.

You can find more information regarding this plugin in these references:

2. Create a Hosted Repository in Nexus

If you already have your repository configured in Nexus then you can skip this step; otherwise, you can create a Maven 2 hosted repository in Nexus OSS where we will upload our artifacts.

In the below image we are creating a hosted repository named "repository-example" which we'll use in this article. 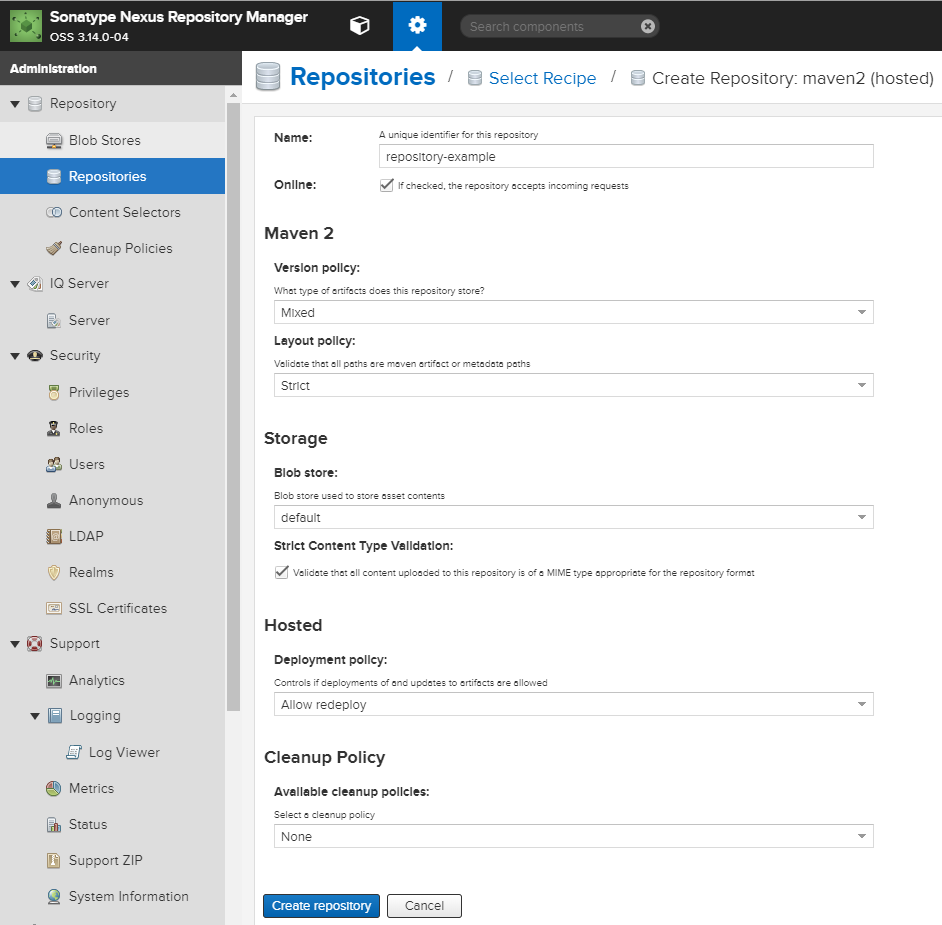 As for this example, we have choosen these configuration:

If you already have a login you can skip this step. An example of how a user could look  might be found in the below image. For simplicity's sake, this has admin rights so you can choose and configure a user according to your needs. 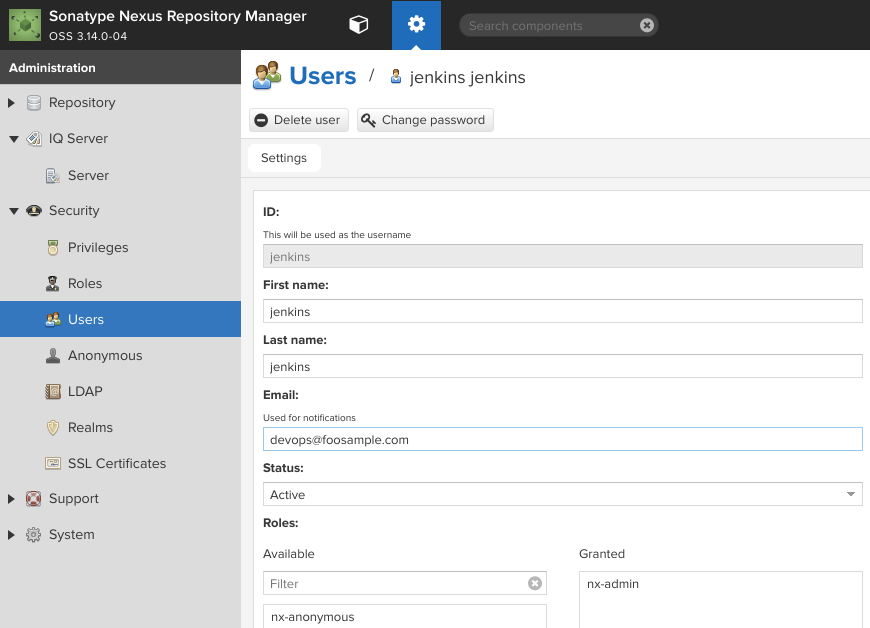 You can find more details for users administration in here.

In this step, we should add a Jenkins Crendential of kind "Username with password" with a valid login to our Nexus instance and let's give it an Id of "nexus-credentials."

Note: I am using the default scope and domains in an as-is Jenkins installation.

5. Set Up Maven as A Managed Tool

If you already have Maven in your classpath whenever your build will run (slave or master) then you should be fine and skip this; otherwise, it's always good to have it as a managed tool since Jenkins has built-in support for Maven.

Below is a script I am using to publish an artifact in Nexus OSS.

So let's go through some very important details.

The current plugin used in this article it allows to use the configuration of Nexus with versions of Nexus 3 and Nexus 2 along with HTTPS and HTPP protocols.

So the magic here is nexusArtifactUploader  so let's decompose some of the parameters:

So in order to avoid the above messages we always should upload our pom.xml to Nexus, so for that the parameter it accepts an array of artifacts.

You can clone the code in the this GitHub repository with the script nexus/uploadArtifacts.groovy.

The result should looks like very similar to this in our Nexus instance: 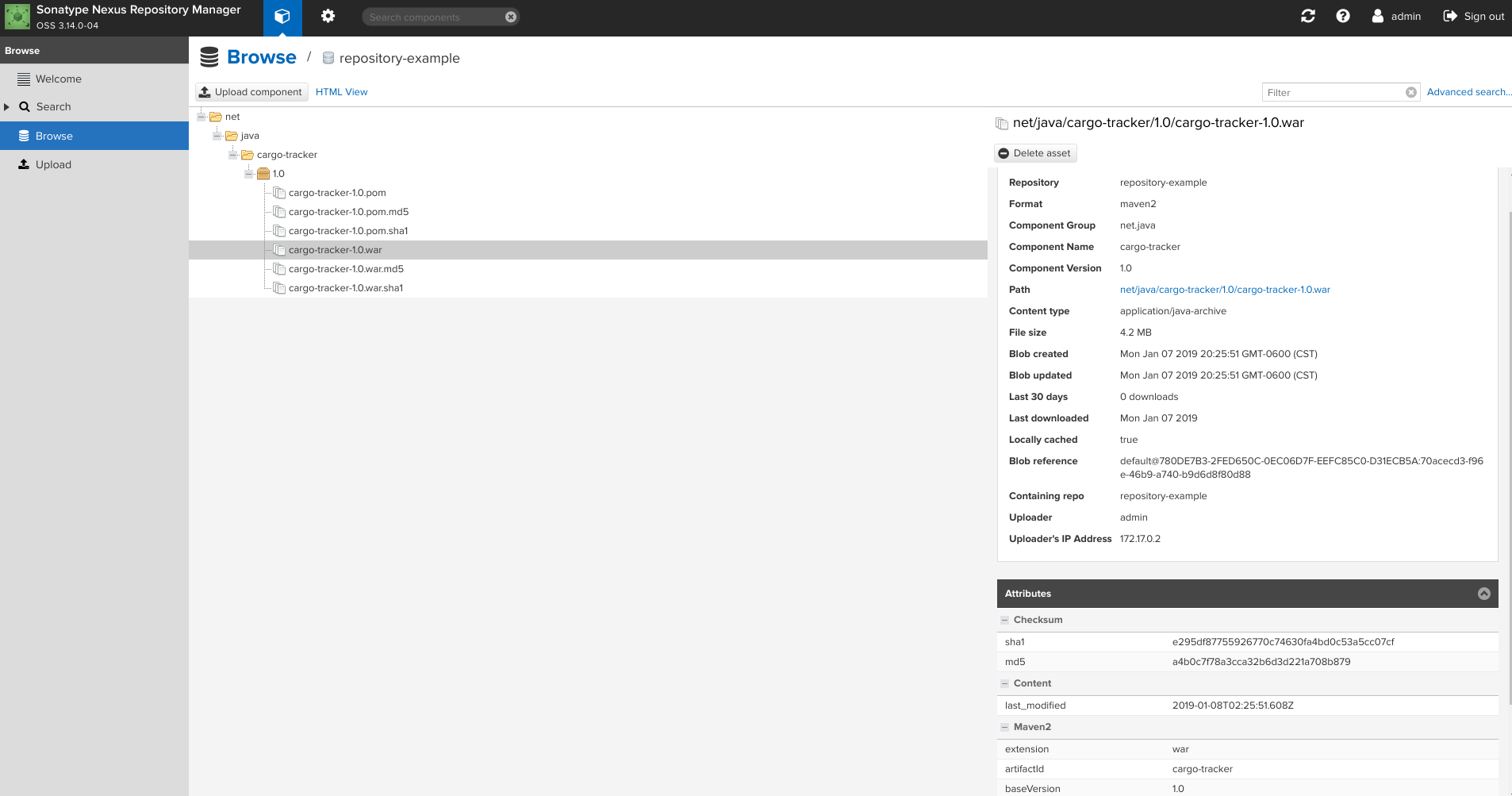 First, I am not a fan of this type of Jobs since it has heavy I/O operation in the folder Job definition; in my personal opinion all these should happen exclusively in the workspace.

So if we are using this type of Jobs we can perform exactly the same task we did in the previous example using Pipelines. This Job has the particularity helping us defining these variables which are quite self-explained with the information extracted from the pom.xml file:

Notice we are dynamically building the artifact name using the expression: target/${POM_ARTIFACTID}-${POM_VERSION}.${POM_PACKAGING}  , but you know this can vary if you set a custom artifact name in the pom.xml.

In the post steps section, we set as final step publish the artifact to Nexus OSS. 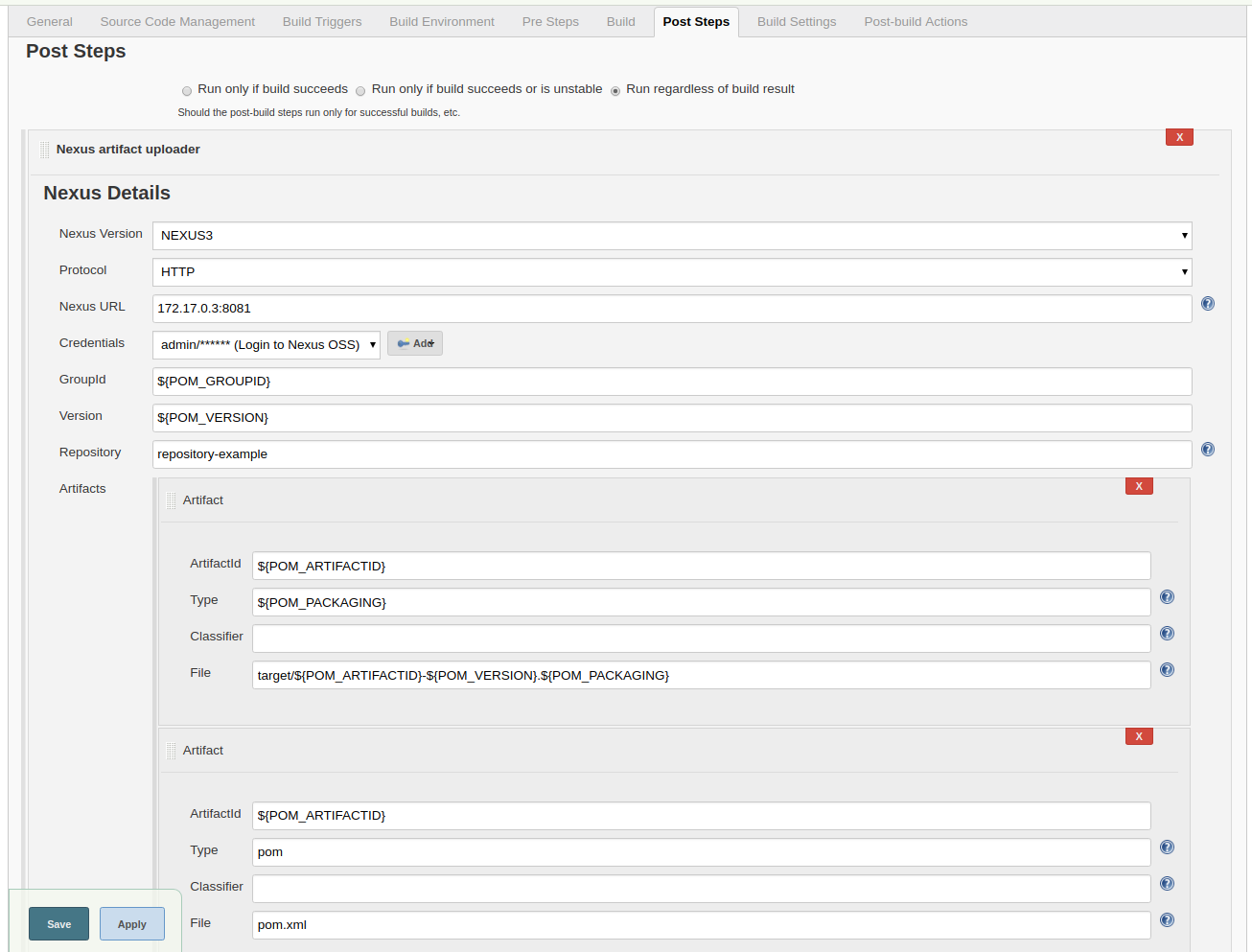 Having a way to distribute our artifacts is crucial to perform CI and CD. Having artifacts centralized in our organization can easily reduce the efforts to reproduce builds in different platforms, meaning developers can connect their Maven settings.xml and perform a local build or we can migrate our CI platform without having to deal with moving artifacts from one place to another because they were stored locally. Nowadays, the most popular products for artifacts allows us to set our storage in the cloud so we can decouple one more layer providing us more availability and getting rid of worries about limited storage blocking us to delivery software.

How to Change a Job Configuration Without Worrying