Throughout much of its long history, Java Runtime Environments for MS-Windows have traditionally been packaged up in the venerable EXE format for installation.  This made for a well understood, straightforward and standard way of installing Java for individual users, unfortunately at the expense of those tasked with managing Windows systems en masse.  EXE files don't necessarily play well in the Windows systems administration world where tools like Microsoft SCCM and many other capable alternatives are used.  A more preferable payload is the MSI format.  The equivalents in the Linux and macOS world would be the RPM/DEB and DMG formats respectively.

To help rectify this shortcoming, some organizations have seen fit to produce their own MSI versions. Oracle, for example, provides an Enterprise MSI Installer for its Java SE Subscription customers with its Oracle JDK 7 and JDK 8 releases. Among the litany of Open JDK distributions, a few have also decided to package up their own MSI versions too.

JDK 14 marks the introduction of a formal incubator module called  jdk.incubator.jpackage , addressing the ability to package up Java applications in native format. The full extent of the tool is far beyond the scope of this article; one of the corner cases that the jpackage tool handles is the ability to simply create native installer (MSI, DEB, RPM, DMG) versions of a complete JDK.

Let's cut to the chase and show examples on two of the three major platforms.  For Windows, we'll use an Oracle JDK 14 instance located in the  D:\jdk-14  directory.  The following command will create a JDK 14 MSI file where the name and vendor has been specified via the  -n  and  --vendor  arguments:

There are additional directives that can be furnished to further customize the resulting package. Upon completion of the  jpackage  command, a file named  jdk-14-GA-1.0.msi  is created.  Once installed it appears in the Windows registry as follows: 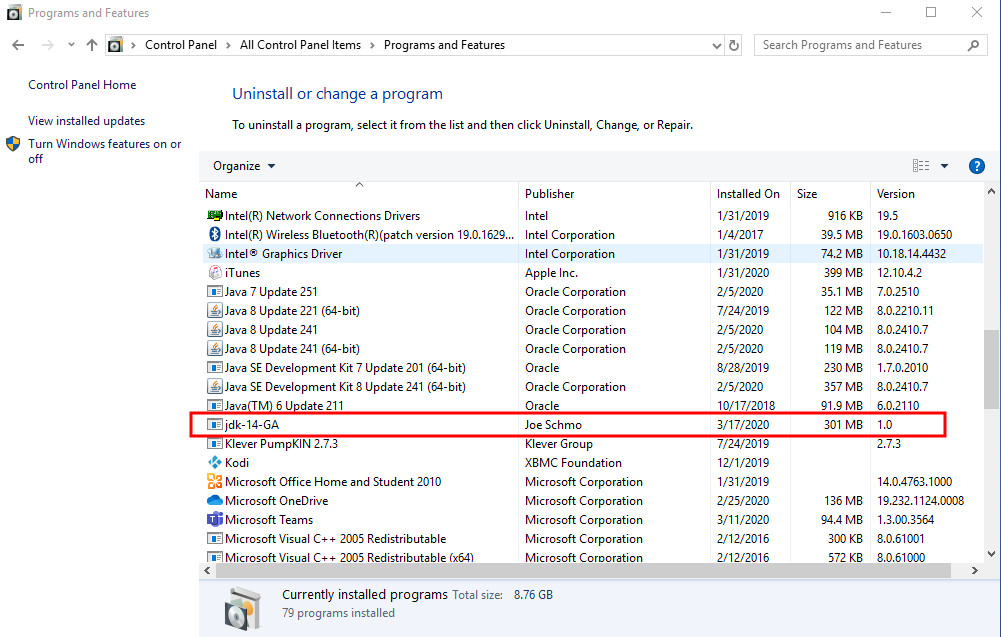 File in the Windows registry

In the Linux world, we'll use Oracle's OpenJDK 14 distribution. Two sample invocations follow, one to create a DEB package, the other to create an RPM:

On a Ubuntu system, the openjdk-14-ga_1.0-1_amd64.deb file can be installed and verified as shown by the screenshot that follows: 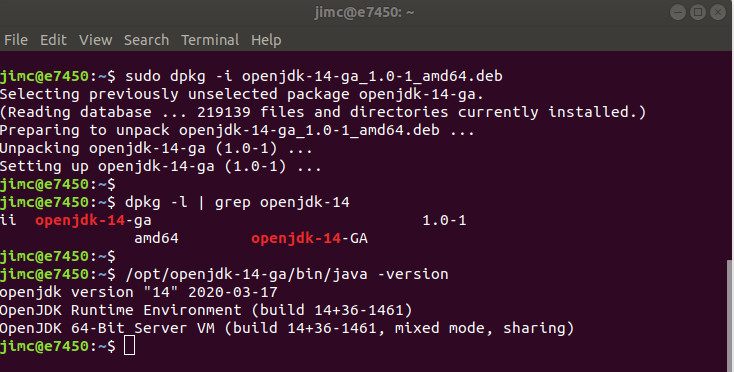 Two points are worth mentioning: