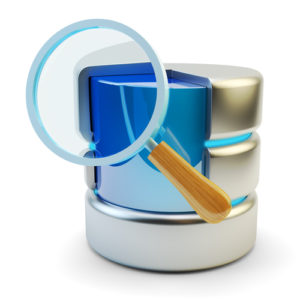 In Percona’s managed services, we often receive customer questions on communication failure errors—where customers are faced with intermittent “Got an error reading communication packets” messages. I thought this topic deserved blog post so we can discuss possible reasons for this error, and how to remedy this problem. I hope this will help readers on how to investigate and resolve this problem.

First of all, whenever a communication error occurs it increments the status counter for either Aborted_clients or Aborted_connects, which describe the number of connections that were aborted because the client died without closing the connection properly and the number of failed attempts to connect to MySQL server (respectively). The possible reasons for both errors are numerous (see the Aborted_clients increments or Aborted_connects increments sections in the MySQL manual).

In the case of log_warnings>1, MySQL also writes this information to the error log (shown below):

In this case, MySQL increments the status counter for Aborted_clients, which could mean:

The above is not an all-inclusive list.Now, how to identify what causing this problem and how to remedy this problem.

How Do We Identify What Caused This Problem, and How Do We Fix It?

To be honest, aborted connection errors are not easy to diagnose. But in my experience, it’s related to network/firewall issues most of the time. We usually investigate those issues with the help of Percona toolkit scripts, i.e. pt-summary / pt-mysql-summary / pt-stalk. The outputs from those scripts can be very helpful.

Some of the reasons can be:

Aborted connections happen because a connection was not closed properly. The server can’t cause aborted connections unless there is a networking problem between the server and the client (like the server is half duplex, and the client is full duplex)—but that is the network causing the problem, not the server. In any case, such problems should show up as errors on the networking interface. To be extra sure, check the ifconfig -a output on the MySQL server to check if there are errors.

Another way to troubleshoot this problem is via tcpdump. You can refer to this blog post on how to track down the source of aborted connections. Look for potential network issues, timeouts and resource issues with MySQL.

I found this blog post useful in explaining how to use tcpdump on busy hosts. It provides help for tracking down the TCP exchange sequence that led to the aborted connection, which can help you figure out why the connection broke.

For network issues, use a ping to calculate the round trip time (RTT) between machine where mysqld is located and the machine from where the application makes requests. Send a large file (1GB or more) to and from client and server machines, watch the process using tcpdump, then check if an error occurred during transfer. Repeat this test few times. I also found this from my colleague Marco Tusa useful: Effective way to check network connection.

One other idea I can think of is to capture the netstat -s output along with a timestamp after every N seconds (e.g., 10 seconds so you can relate  netstat -s output of BEFORE and AFTER an aborted connection error from the MySQL error log). With the aborted connection error timestamp, you can co-relate it with the netstat sample captured as per a timestamp of netstat, and watch which error counters increased under the TcpExt section of netstat -s.

Along with that, you should also check the network infrastructure sitting between the client and the server for proxies, load balancers, and firewalls that could be causing a problem.

I’ve tried to cover communication failure errors, and how to identify and fix the possible aborted connections. Take into account, faulty ethernets, hubs, switches, cables, and so forth can cause this issue as well. You must replace the hardware itself to properly diagnose these issues.