However, some companies maintain their private cloud. The public container image registries or even the Internet are not allowed to be accessed from within the private cloud. To deliver an application for such a restricted environment, we need to package all the needed artifacts — container images, Helm charts, documentation, etc. into an archive. In this article, we will discuss how to package a microservices-based application for a private cloud, e.g., on-prem Kubernetes and ways to optimize the package size.

Save all the images in a single tarball.

Finally, include Helm Charts and Readme to create a final compressed archive.

To reduce the overall size of the package, let us divide the Docker images into three categories:

One of the overriding goals while containerizing an application is to strive for the smallest image size. Smaller container size results in

To create a Docker image, we need a Dockerfile file that Docker uses to specify the layers of an image. For each microservice in our application, we usually create a fat jar that contains all the dependencies. The actual code may be very small in size. These dependencies are copied again and again into each fat jar leading to a waste of space. We can leverage Docker’s image layering — by putting the dependencies and resources in different layers; we can reuse them and only update the code for each microservice.

Google has an open-source tool called Jib, that has Maven and Gradle plugins to implement this approach. We don’t need Docker daemon to be running to create images using Jib - it builds the image using the same standard output as we get from  docker build  but doesn’t use Docker unless specified.

The first step then is to modify each project's  build.gradle  file to add the new plugin:

Add a jib Gradle task with custom specifications to build the Docker image:

To build a tagged Docker image and push it to the Docker registry:

We have used gcr.io/distroless/java:11 as our base image. "Distroless" images contain only our application and its runtime dependencies. They do not contain package managers, shells, or any other programs one would expect to find in a standard Linux distribution.

Dive is a useful tool for analyzing docker images and visualizing the impact of fat jars in docker images. The following picture shows the new shiny layer structures that Jib created. 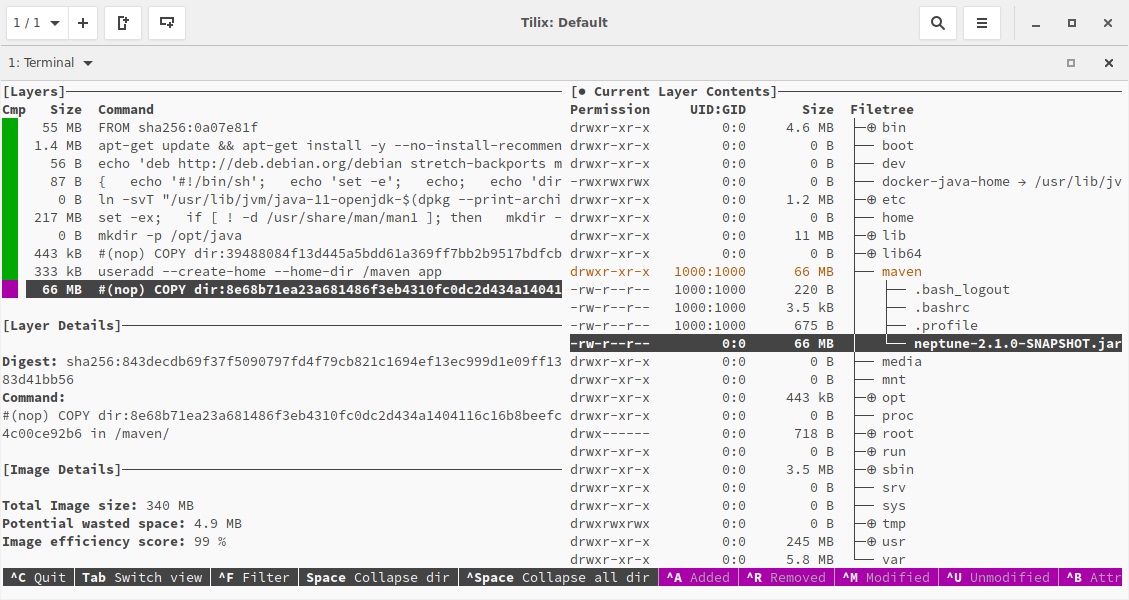 Our application may have a non-Java application, e.g., Python and NodeJS applications. The Docker images for these applications are created in the traditional way using Dockerfile. To minify the images, we use yet another tool — docker-slim. It does not require us to change anything in our Docker image and minify it.

Minifying Docker Images From Other Teams

Our application may use applications, e.g, Ingress Gateway for which we might use publicly available applications. As we do not control the containerization logic of these microservices, we try to minify the Docker images of these applications using docker-slim.

One disadvantage of minifying Docker images using docker-slim is that it does not preserve the layers. This may result in a small and secure individual image, but it does not help with the overall image size as there is no sharing of layers among different images.

The overall approach was to use Jib to containerize Java applications that we maintain and docker-slim to minify non-Java and images included from other teams. 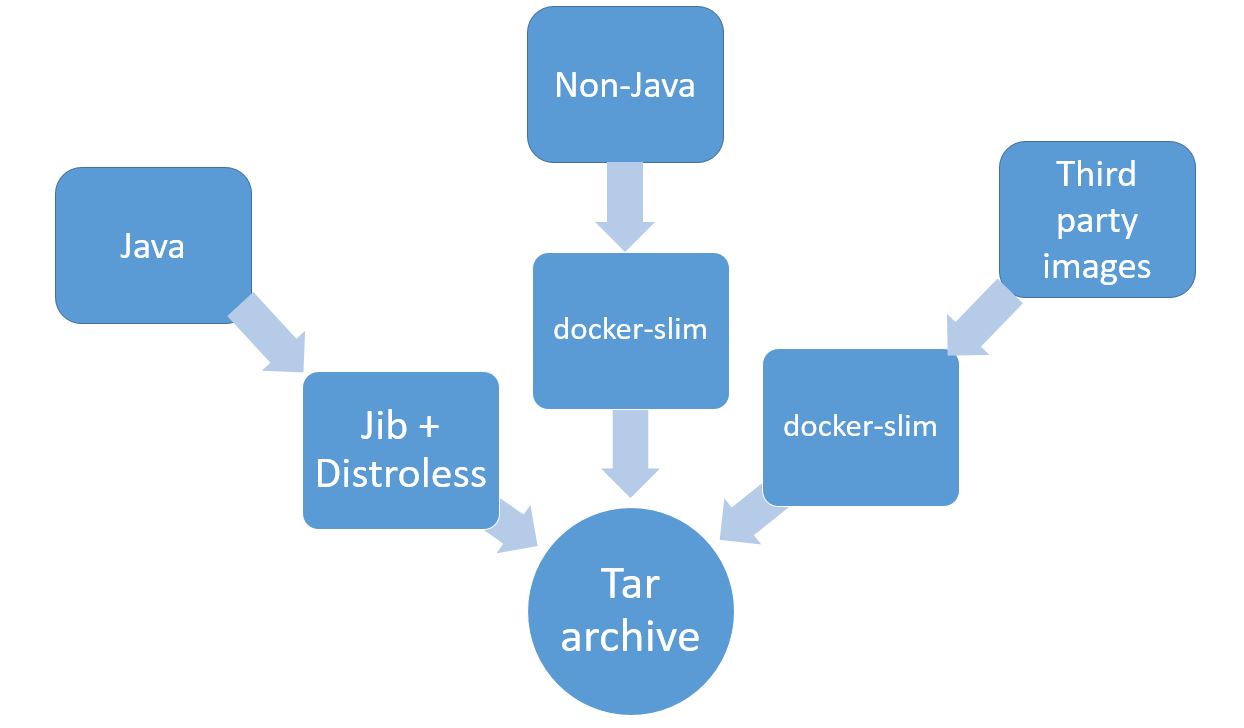 In this article, we looked at how to package a microservices-based application for installation into a private cloud that may not have access to publicly available repositories. We also looked at different techniques that could be used to reduce the size of the package.