In SAS, PROC REG is used for linear regression to find the relationship between two variables.

Here, you need to check for the P value and R-squared value. 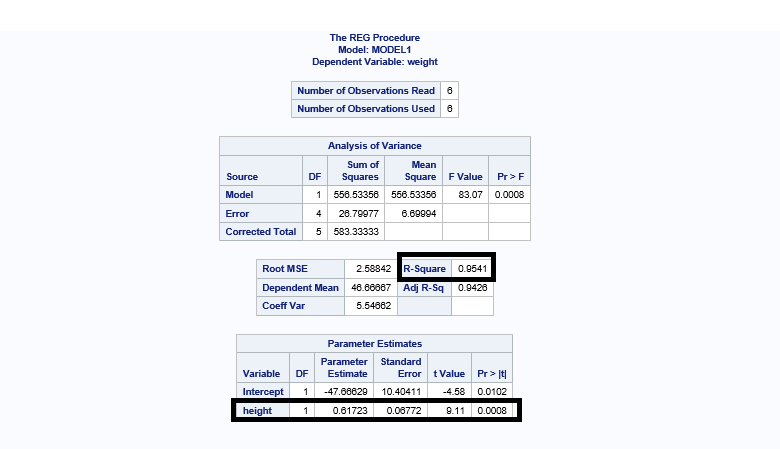 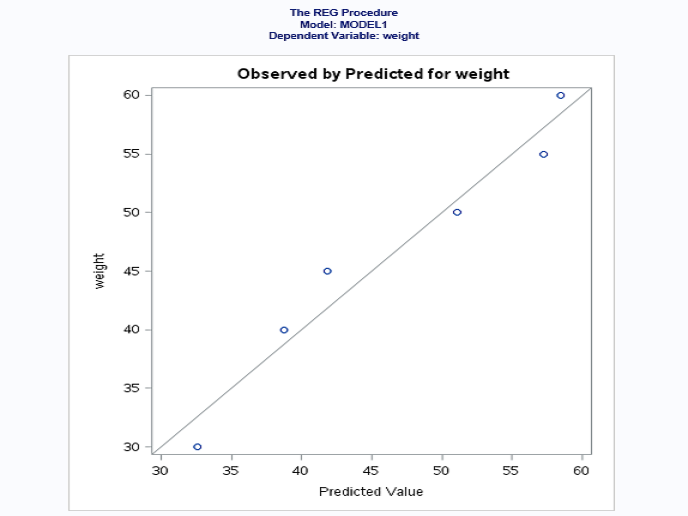 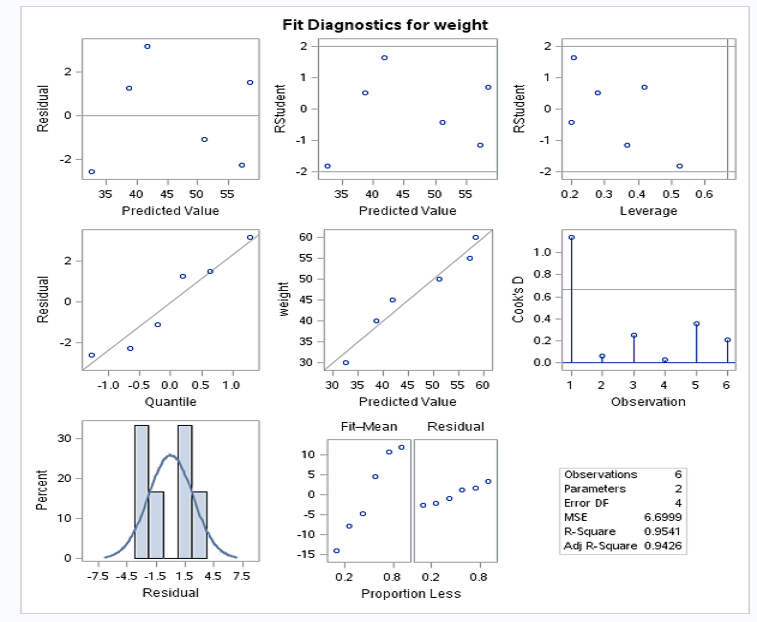 The weight of the person is explained 95% by a significant variable (height).

y is a dependent variable.

ϵ is an error. 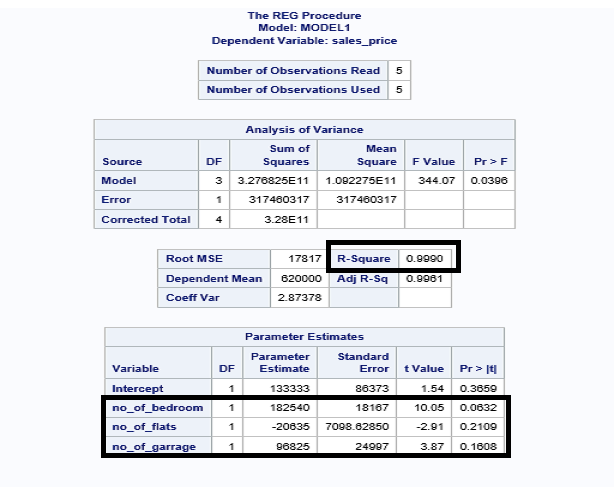 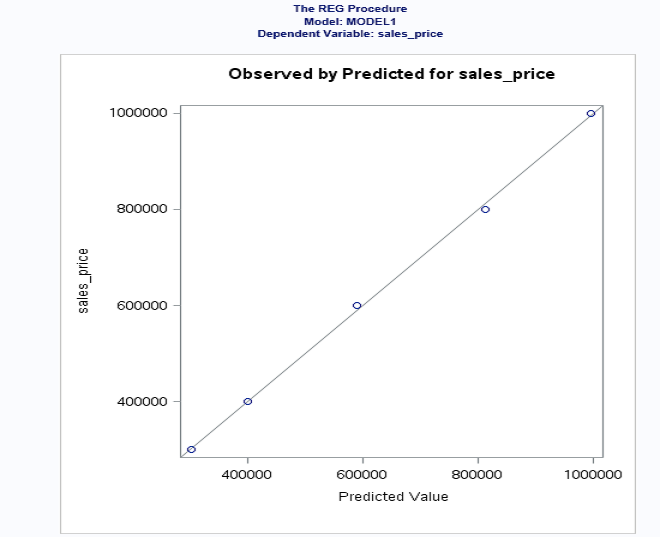 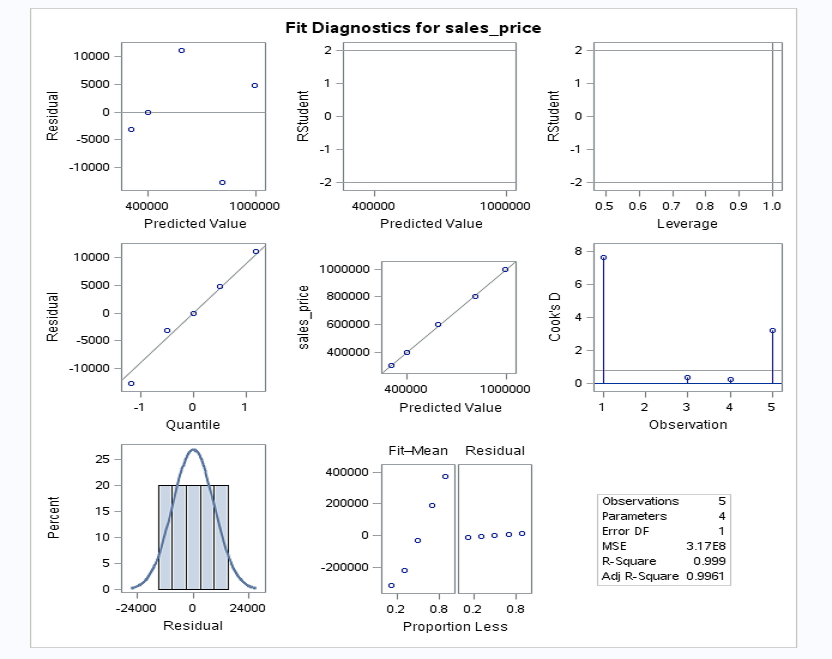 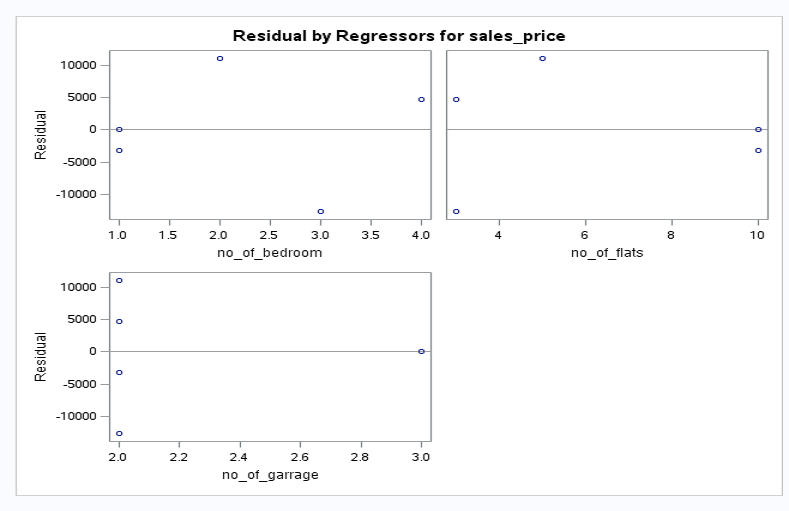 The value of P for all independent variables is > 0.05, so there's no significant variable in your model.

I hope this article gives you understanding for implementing linear regression with SAS.