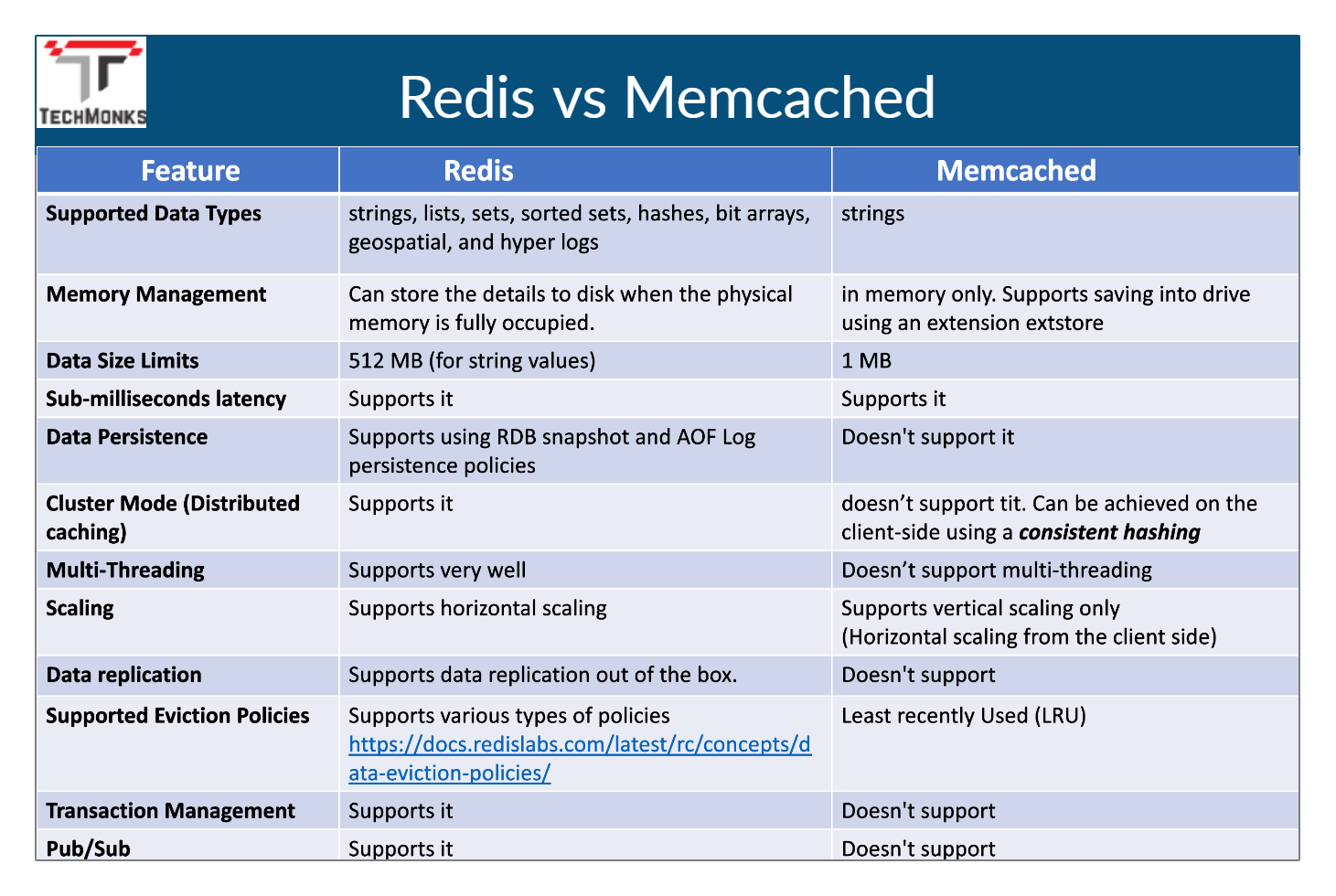 In this article, I would like to share similarities and differences between the Redis and Memcached and when do we need to go for Redis or Memcached.

Similarities between Redis vs Memcached

Redis allows you to access or change parts of a data object without having to load the entire object to an applicational level, modify it, and then re-store the updated version.

Memcached: Strictly in memory and extended to save key-value details into drive using an extension extstore

Memcached: Can only store the data of size up to 1 MB

Redis: can store the data of size up to 512 MB (string values)

Memcached: Memcached doesn't support the distributed mechanism out of the box. This can be achieved on the client-side using a consistent hashing strategy

Memcached: Supports multithreading and hence can effectively use the multiple cores of the system

Redis: Can be horizontally scalable

Redis supports various data types to handle various types of data. Its clustering and data persistence features make it a good choice for large applications. Additional features like Message queue and transactions allow Redis to perform beyond the cache-store.

In addition to the above-mentioned features, Redis supports the below features as well

Conclusion: Redis and Memcached both can perform very well as a Cache store. Which one to pick varies from project to project.

It is wise to consider the pros and cons of the providers right from the inception phase to avoid changes and migrations during the project.

Hope you enjoyed the article. Please share your thoughts/ ideas in the comments box. Thank you for reading it.

Published at DZone with permission of Anji K. See the original article here.