all database systems that i’ve worked with have some sort of system tables that provide information about the tables, columns, indexes, constraints, etc in a database. sql server is no exception; in fact there are different ways of querying its system catalog . we’re going to look at one of these: catalog views, which can be queried easily.

being able to retrieve this metadata can be very useful in various situations, such as developing tools to work with and visualize data (like sql server management studio), or automating rote tasks (such as creating entity classes for each table).

querying catalog views is as easy as querying any table. the easiest thing you can do is get a list of table names. use this query: 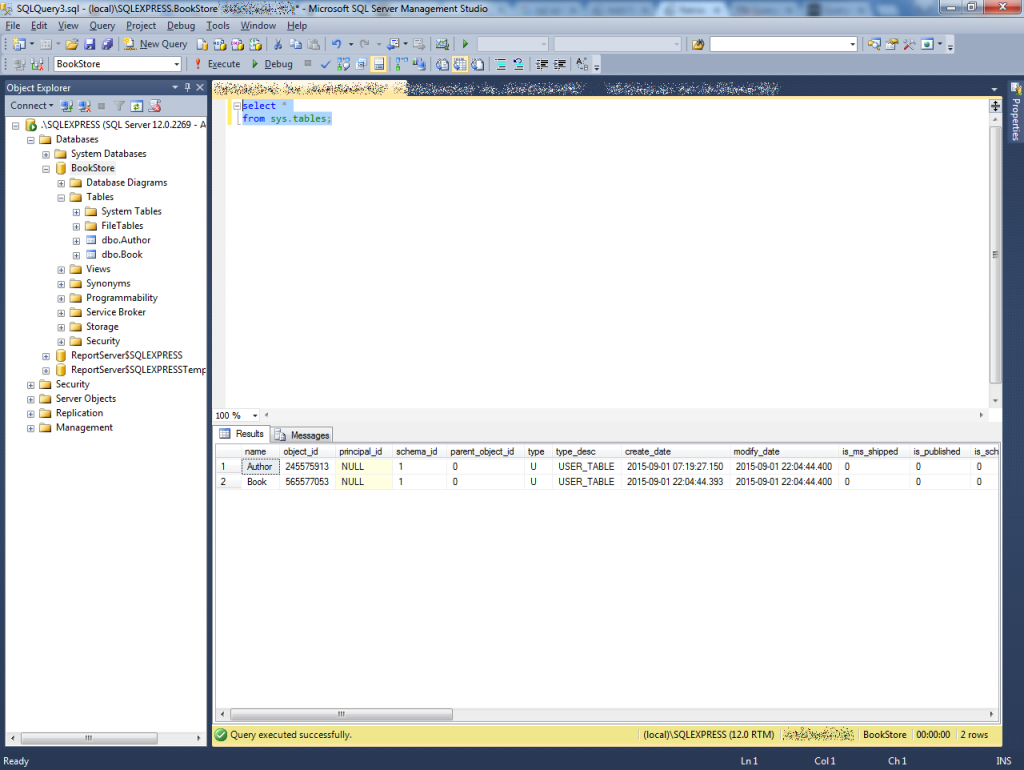 so if all you want is the name of the table, just refine the query to select only that:

it is easy to run simple queries using the good old ado .net technology. below is a sample you could use to retrieve the table names from a c# application.

this code can be similarly adapted to fetch additional data from the queries we will see next.

retrieving other table metadata such as indexes, foreign keys, etc is not as straightforward as retrieving table names. however, you can get queries for just about any metadata you need from the querying the sql server system catalog faq .

here’s the query to get column data types : 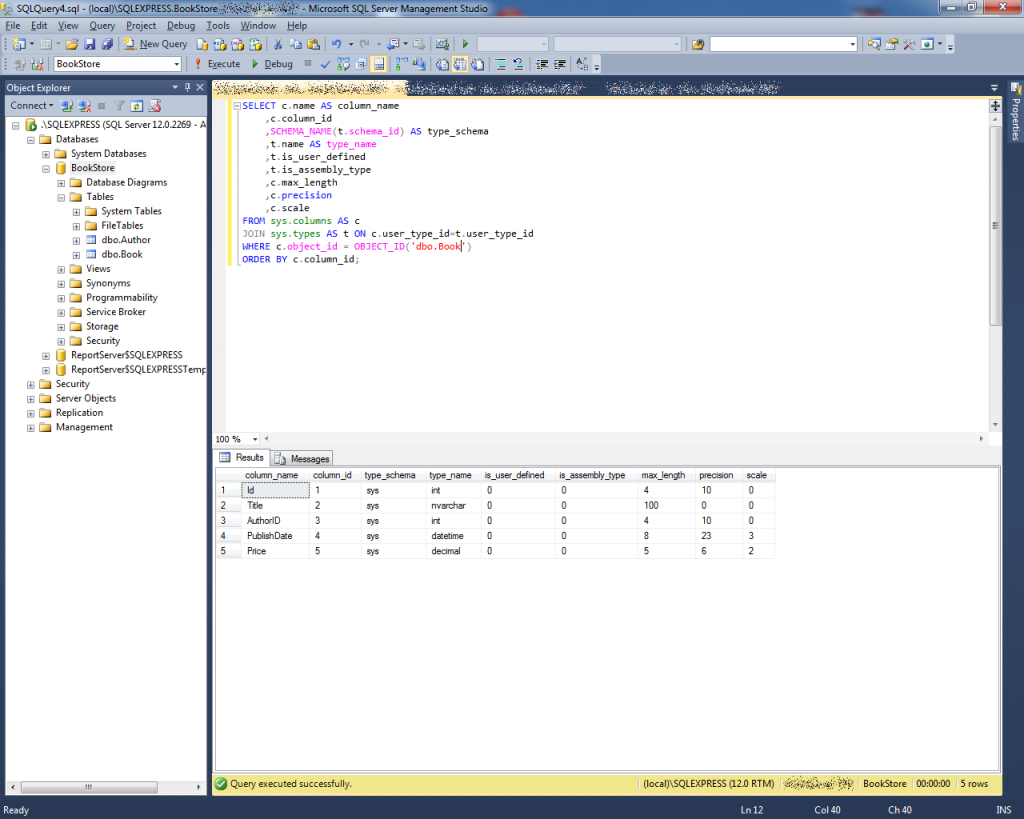 this is how you get the indexes for a table (which may include primary keys): 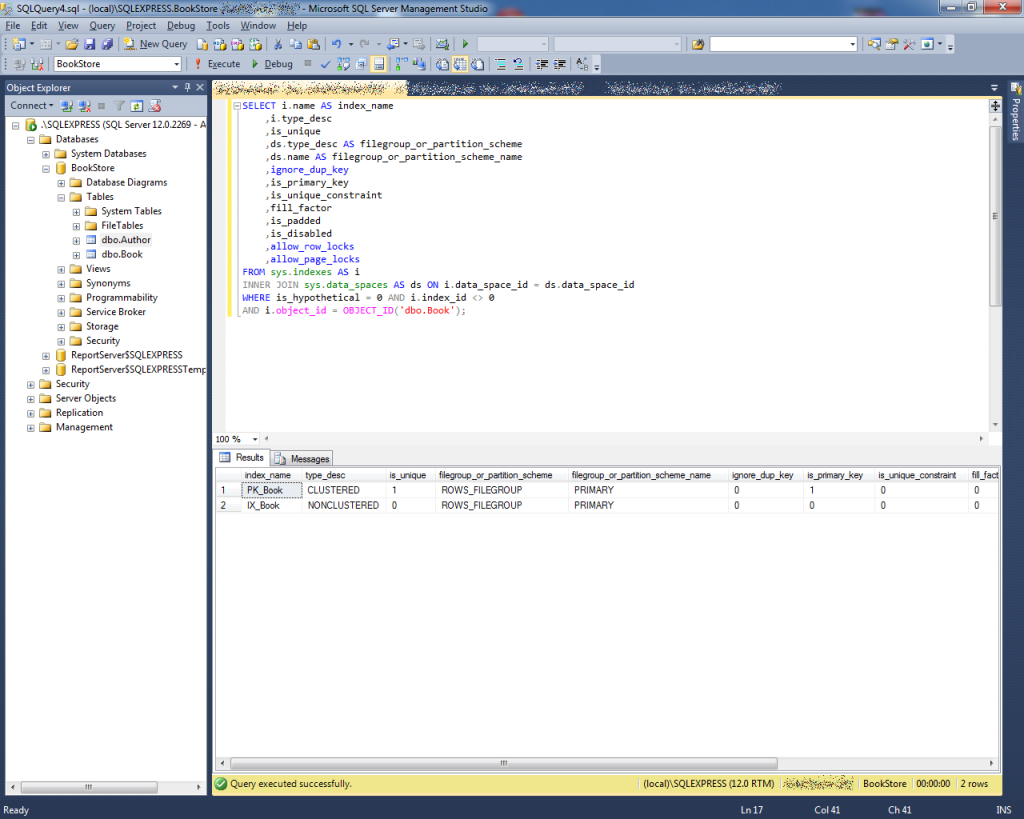 and finally, here’s how you get info on the foreign keys :

here’s the result of that: 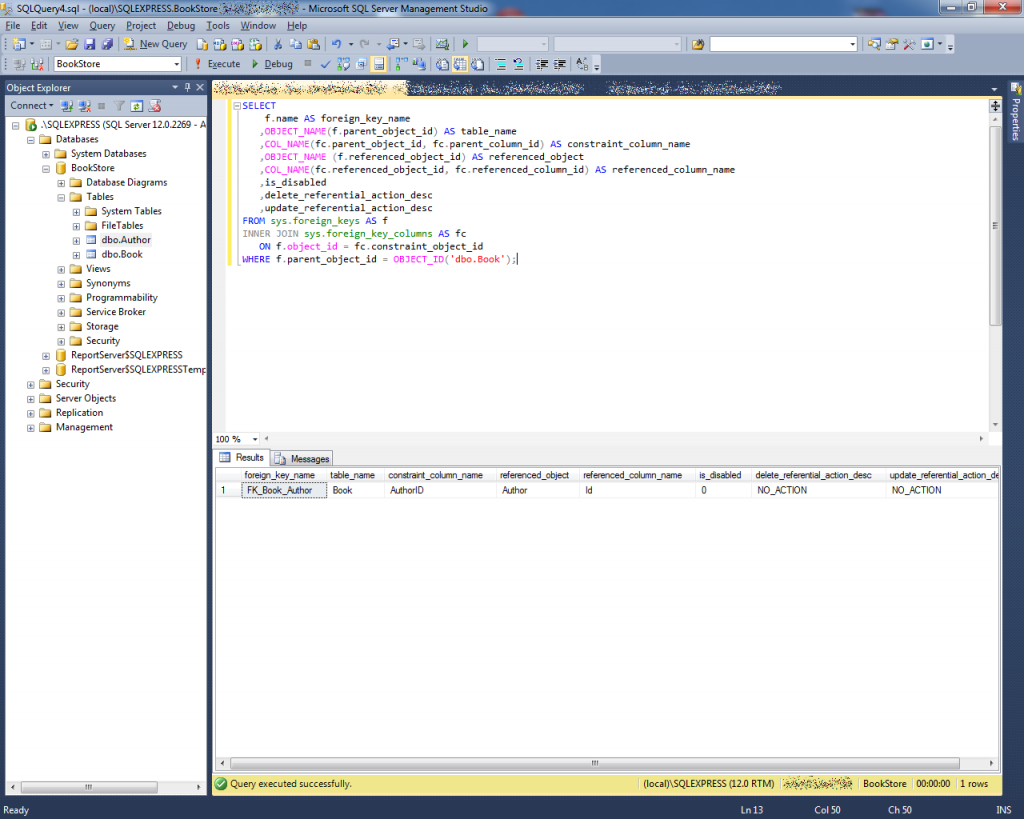 so even though these queries aren’t trivial to cook up, you can find just about anything you need from the querying the sql server system catalog faq , and just adapt it from there.

one query to rule them

if you’re going to do something like code generation, you probably want to build one query that retrieves all the above metadata in one go. you can do that by combining the above queries. fortunately, i’ve done that for you. here you go:

here’s what you’ll get: 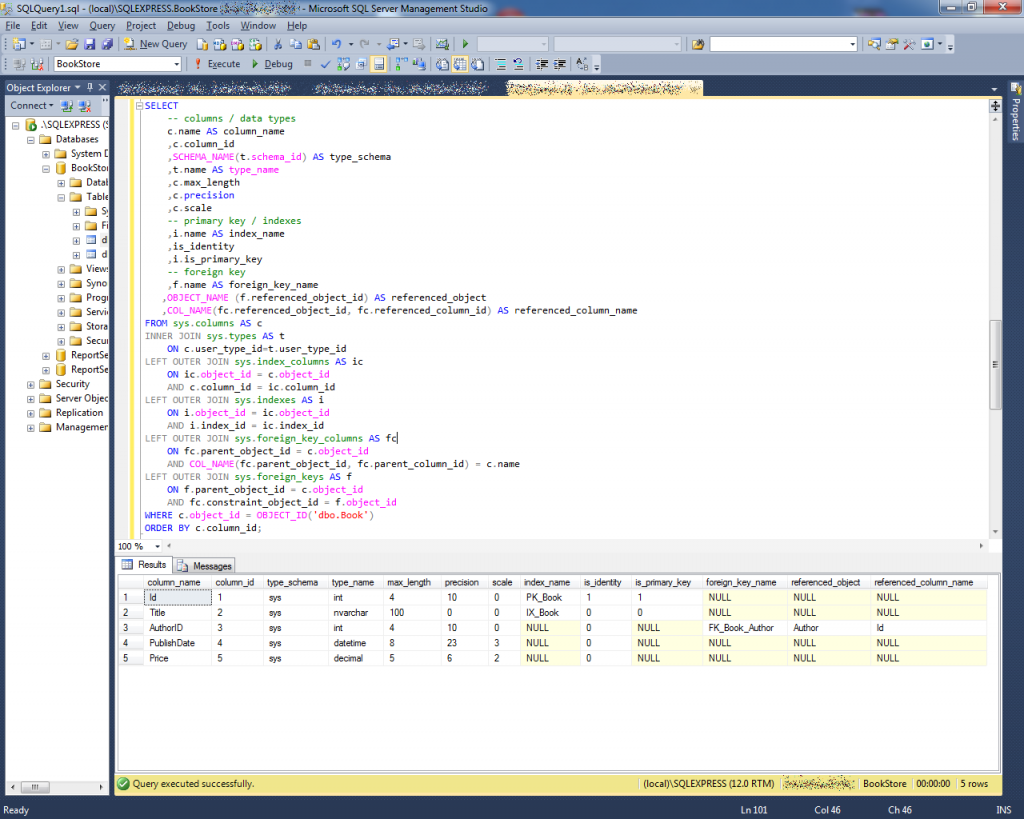 i’ve only tested this on a very simple scenario, so i’m pretty sure there are improvements to be made. while this can be considered a starting point, feedback is more than welcome.