As more and more organizations making the shift to cloud-native technologies, Kubernetes has become the de facto choice to orchestrate container-based applications. As applications grow in size, the number of microservices increases and so does the data they process. Hence, handling data, especially sensitive data becomes critical. Out of the box, Kubernetes supports "Secrets" objects to store sensitive information — like passwords, tokens, ssh keys, and so on — securely.

Kubernetes secret eliminates the need to hard-code sensitive data in the application code. Secrets provide this sensitive information as data mount or expose them as environment variables.

Let’s take a quick example of how this secret object is getting used within the Kubernetes cluster.

Now, let’s understand how to Inject this secret object inside a pod using an environment variable.

To overcome this challenge with managing secrets within Kubernetes cluster, we need a better secret management system that provides a single source of credentials, secrets, security policies, and so on. There are many solutions already available in the open source world like Bank-Vaults, AWS Secrets Manager, and Cloud KMS, but in this article, we will be focusing on HashiCorp Vault as it is currently widely adopted within the cloud-native ecosystem. In this blog post, we will discuss how you can create a production grade secret management system using Hashicorp Vault.

What Is HashiCorp Vault?

HashiCorp Vault is a secret management tool that is used to store sensitive values and access it securely. A secret can be anything, such as API encryption keys, passwords, or certificates. Vault provides encryption services and supports authentication and authorization.

We can run Vault in high-availability (HA) mode and standalone mode. The standalone mode runs a single Vault server which is less secure and less resilient that is not recommended for production grade setup.

Vault can run in the multi-server mode for high availability to protect against outages. To persist the encrypted data, Vault supports many storage backends like Consul, MySQL, DynamoDB, and so on.

But there are some challenges using these standard backend storages, like:

So we need a solution which minimizes these challenges and at the same time, allows us to efficiently.

In this article, we are focusing on Integrated storage to persist the data which has below benefits:

In a Kubernetes cluster, to deploy Vault in high-availability mode, it would be deployed as a cluster of pods. When deploying Vault in HA mode, all the nodes in a Vault cluster will have a replicated copy of Vault’s data. Under the hood, Raft Consensus Algorithm is used to replicate the data across all the nodes.

Before we jump into deploying Vault, it is important to understand what happens when we deploy a Vault pod. After deployment, the Vault pods start in a sealed state. That means until we unseal the Vault server, almost no operations are allowed. Here, unsealing is the process of decrypting the data inside Vault and allowing other services to access it.

To make the Vault server secure, there is also an API that seals it. This process puts away the master key in memory and requires another unseal process to restore it. So in case a pod gets restarted, every time someone has to manually unseal the Vault using vault operator unseal command.

To avoid the manual step of unsealing, Vault supports automatic unsealing via cloud based key management services like Azure Key Vault, Amazon KMS, AliCloud KMS, and Google Cloud KMS which enables us to let trusted cloud providers take care of the unsealing process, as seen in the below diagram.

We are going to set up an auto-unsealing Vault on Kubernetes with Azure Key Vault. Let’s start by setting up the required Azure Services.

Prerequisite: You need to have an Azure cloud account. If not, you can create a trial account for free.

It is very important to copy the value of Application (client ID) and client secret from register an App section mentioned above. 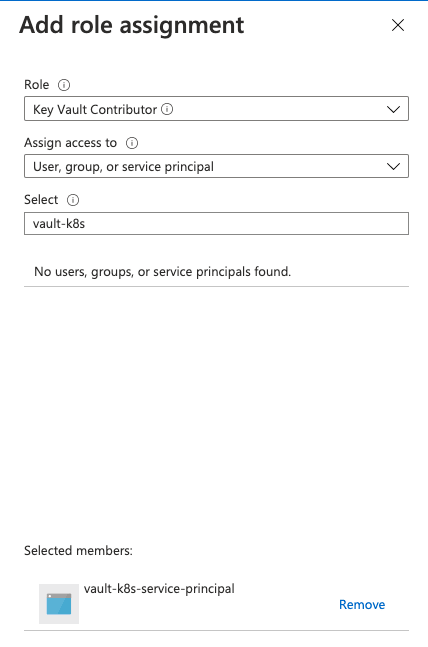 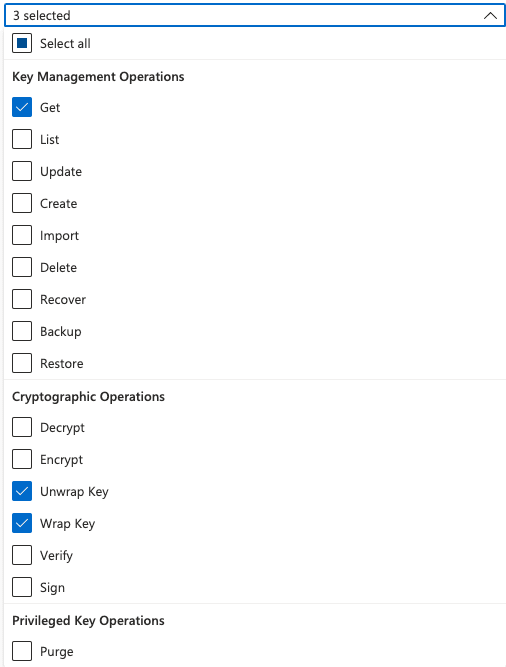 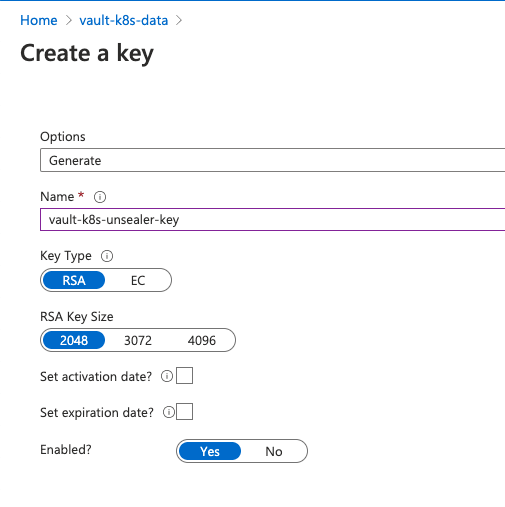 Once the above steps are done, it’s time to install the HashiCorp Vault. The recommended way to deploy a Vault in the Kubernetes cluster is using the Vault’s official Helm chart. To deploy Vault in HA with auto unsealing use the below-mentioned values.yml file.

The values mentioned under seal “azurekeyvault” in the above configuration are derived from Azure portal while setting up azure services.

Proceed with the installation following the steps mentioned below:

As discussed earlier, Vault starts in a sealed state, and that’s why all the Vault pods are in running status but none of the Vault pods are “ready.” To unseal Vault, we need to initialize it. Just exec into pod vault-0 and initialize your Vault instance (and keep your generated keys safe) as shown below:

Now, we see the Vault unsealer in action:

However, our replica vault-1 and vault-2 are still not ready. They are follower pods of the leader vault-0. In order to make vault-0 visible, we need to log in using our Initial Root Token.

Next, let’s join vault-1 and vault-2 to vault-0 to make the Vault setup highly available by running commands as shown below:

Let’s check the pod status and this time you would be able to see them in running as well as Ready mode:

The last but important step is to verify whether the HA setup is correct or not, is by running the below command against each Vault pod and making sure that the value of HA Enabled parameters is true.

Finally, to be able to access the Vault web interface,; let’s port-forward the service.

Vault UI will be accessible on http://localhost:8200 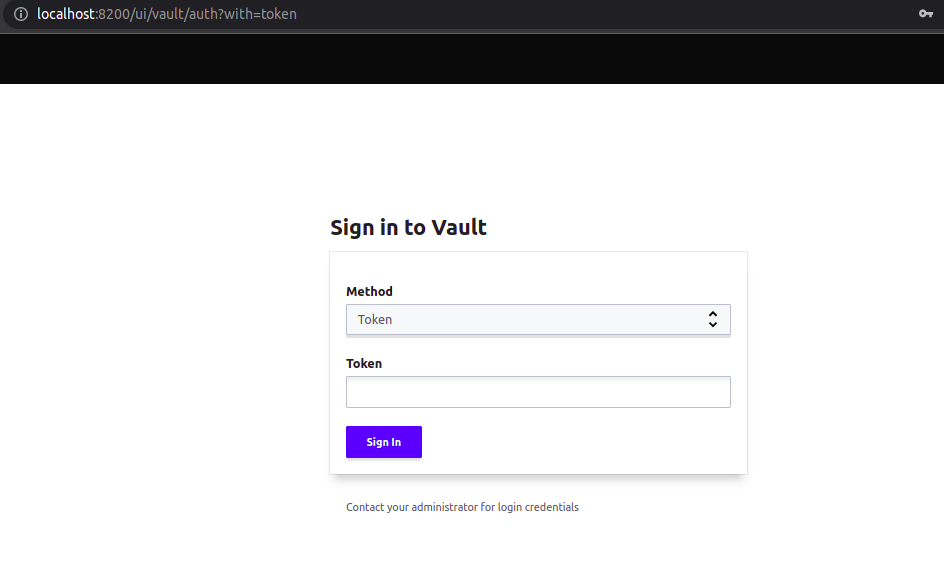 To log in in Vault, enter the token that we generated when we initialized Vault for the first time (Initial Root Token).

Secrets Engine is a Vault component that stores or generates a secret. Vault supports different types of Secrets Engines like key-value, ssh keys, certificates, and so on.

To start with, let’s use a KV secrets engine, click on the Enable New Engine+ button, select the KV engine and click on Next. 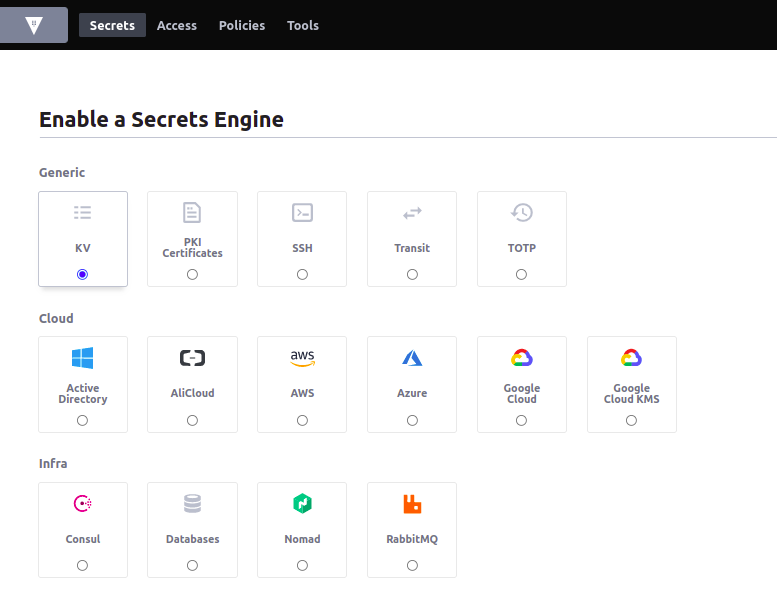 Give a path name and click on Enable Engine.

Now, let’s create a secret, click on Create secret and enter the details as shown in the below figure.

Once we click on save, we should be able to see that the secret has been successfully created and stored in a Vault.

Since Vault centrally stores, secures and controls access to the secrets, it is important to control the permissions before anyone can gain access. Vault supports Role Based Access Control to limit the access. Refer to the official Vault documentation on policies to understand more about the policies and roles.

Until this point, we have successfully deployed Vault in HA using Helm, learned about configuring role-based access, and created a secret object. Let’s now inject this secret inside a pod.

Since Vault has been deployed successfully, let’s now jump into injecting the Vault secrets into the pods/application. Mainly there are two ways for a pod to use Secret object:

Just like the Hashicorp Vault, the recommended way to deploy kubernetes-external-secrets is using the official Helm chart and use the below-mentioned values.yaml file.

Run the following command to deploy the external secrets.

At this point, the kubernetes-external-secret has been deployed successfully and with the help of the ExternalSecrets object, now we can inject secrets inside the pods that are stored in Vault.

But the external-secrets controller needs to be authenticated with Vault before making any request to retrieve the secrets, so we need to enable the Kubernetes authentication method and attach a policy to it.

The Kubernetes auth method can be used to authenticate with Vault using Kubernetes Service Account Token, as Vault accepts this token by any client within the Kubernetes cluster.

Configure the Kubernetes authentication method by running below command from inside the active Vault pod:

The token_reviewer_jwt and kubernetes_ca_cert are created for a pod by Kubernetes when it is started. The env variable KUBERNETES_PORT_443_TCP_ADDR is defined and references the internal Kubernetes API Server network address. When an application tries to authenticate with Vault using its Service Account Token, Vault uses the above configuration to verify the client application’s identity with Kubernetes API Server. 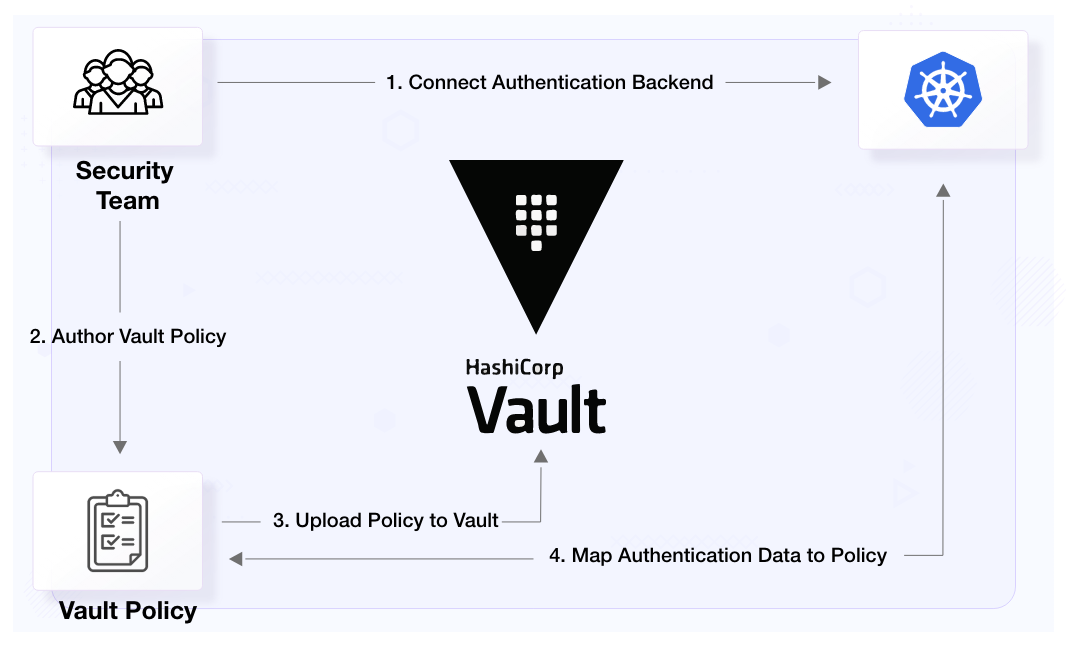 Let’s now inject vault secrets inside a pod. We will be using the same example which we used at the start of this article. As discussed earlier, we just need to create an ExternalSecret object and the controller will convert it to a Secret object. Delete the secret object we created earlier and apply the below file.

Save this file by name rabbitmq-external-secret.yaml and run:

Let’s run the below command to check the status of the external secret.

So here, an external secret has been created successfully. The ExternalSecret fetched the correct value from Vault, and created the Secret object for us. This Secret object is used by our application, as we saw in the beginning of the post.

Since Kubernetes is widely used and to make a Kubernetes cluster production-grade, it is very important to make sure the secret objects are handled carefully. In this article, we learned why it is important not to use native secret objects due to their limitations and the importance of using a secret management tool like HashiCorp Vault.

That’s it, folks! I hope this article was informative and engaging.

Published at DZone with permission of Nikhil Purva. See the original article here.