I have written up a checklist to use for unit-level Test-Driven Development, to make sure I do not skip steps while writing code, at a very low level of the development process. Ideally I will soon internalize this process to the point that I would recognize smells as soon as they show up the first time. This checklist is also applicable to the outer cycle of Acceptance TDD, but the Green part becomes much longer and it comprehends writing other tests. Ignore this paragraph if this get you confused. 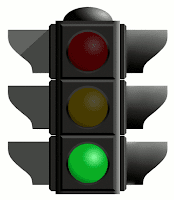 TDD is described by a basic red-green-refactor cycle, constantly repeatead to add new features or fix bugs. I do not want to descend too much in object-oriented design in this post as you may prefer different techniques than me, so I will insist on the best practices to apply as soon as possible in the development of tests and production code. The checklist is written in the form of questions we should ask ourselves while going through the different phases, and that are often overlooked for the perceived simplicity of this cycle.

The development of every new feature should start with a failing test.

Enough production code should be written to make the test pass.

Improve the structure of the code to ease future changes and maintenance.

Feel free to add insights and items on the list in the comments. I value very much feedback from other TDDers.