Software testing in most software houses involves testing web/mobile apps, on-premise, in the cloud or hybrid installations, desktop apps, embedded software/hardware platforms and the like. What about testing a programming language though? How do you approach such a task?

Of course, given the fact there are many popular, tried-and-tested languages out there, there are a plethora of possible approaches but we will attempt to follow a different one (approach) and provide an RPA domain-specific example.

Robin is an RPA scripting language, free to download, install and start creating with it, built with scripting simplicity and process automation in mind. Its modules are decomposed in automation actions, combined with different data-types, statements, functions, exception handling and the appropriate syntax.
To provide a real-life scenario we will smoke test the Excel module and give attended and unattended automation options for issuing Jira bugs. Our proposal can be easily extended to other modules and Jira ticket types.

To automate a process containing UI Elements (either on desktop or web) we need to provide Robin with UI Selectors, describing the elements we wish to manipulate.
Robin comes pre-bundled with a UI element capturing tool, called UI Spy.

To capture an element (desktop or web) with UISpy, you must run UI Spy, click on the “Add control” button (which opens a tracking session), move your cursor over the requisite element (it will be highlighted) and hit Ctrl + Left click.

In this example, we are going to capture web elements from Jira, needed for our automation scenario. 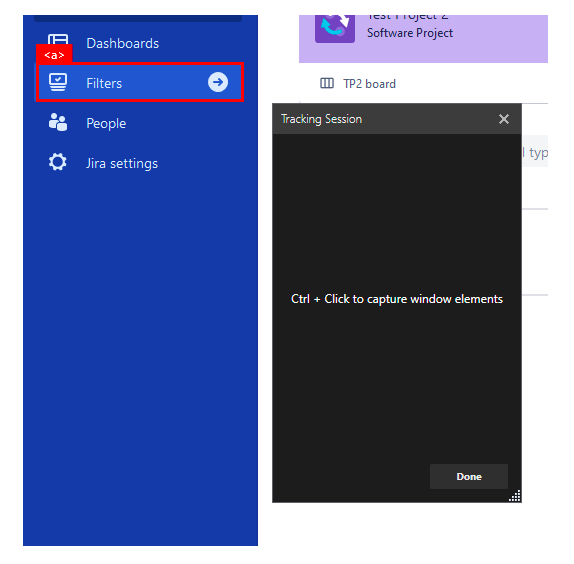 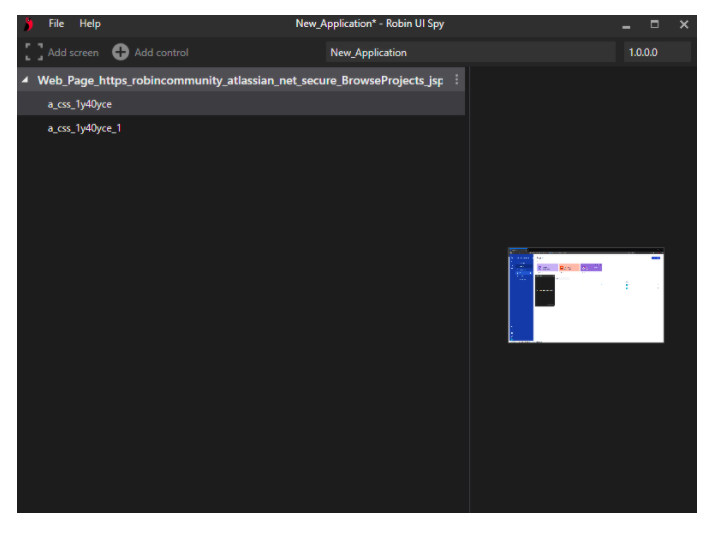 We can modify the extracted selectors to our will by either using UI Spy’s visual builder:

Or by tampering directly with their CSS syntax.
In our scenario, we had to modify the extracted selectors because Jira’s elements change some of their values, after each refresh.
Selectors are saved in .appmask files, that can be utilized by Robin scripts.

After extracting all of the requisite elements for our example this is what the .appmask looks like:

Notice we have renamed the application name, screen name and control name to make our selectors easier to use and our scripts more eligible.

In order to utilize an appmask file, we have to import it into our script. Import commands go always at the top in Robin.

After that we declare variables to be used throughout our automation script.
Note it is a best practice to use variables for things like URLs, paths etc.
This results in more intelligible and easier to maintain and distribute scripts.

In the section above we:

Then the smoke tests section begins. A smoke test for an action in Robin executes an action with minimal human intervention. Only the necessary arguments of an action are input whilst the remaining arguments are left with default values.
Let’s take a closer look at a smoke test:

In this particular test, we are checking the Launch and Close actions of the Excel module. The Launch action requires no arguments to be set manually whilst the Close action only requires to set the output argument (ExcelInstance).
In case the test executes successfully, its name and “OK” will be printed in the output section of the Robin editor. In case an error occurs it is captured by the error handling block.
Inside the “on error” block, we set the TestOutput variable to “ERROR” and we call the OpenJiraTicket function with three input parameters. One for the summary of the ticket and one holding a more detailed description.

At the top of the function, we retrieve the current timestamp. This timestamp will be used at the ticket’s title and description.
After that, we utilize the SelectFromList action to display a window to the user, with options regarding the priority of the bug.

The bug to be reported will have the selected priority.

Now we have all the required info gathered.

Then we launch a Firefox browser instance and navigate to the URL of our Jira project:

We enter a “wait 5” command for a 5 seconds delay in order for everything to properly load inside our webpage.

Note: In our next commands we have included 2” (second) delays to emulate a more physical/ human-like approach for demonstration purposes.

It is now time to utilize the web element selectors we had extracted during the first step of our scenario.

We first have to create a new ticket:

Then we follow the steps (command-wise) the same way we would do if we reported the issue ourselves, utilizing each time the requisite extracted control selectors.

Then we click on the “Priority” of our bug:

Now that we have populated a series of required fields and given a description to our ticket, we can create it:

Finally, we can close our web browser, and end our function block:

By clicking the “Run” button, our tests will begin.

We can see the state of execution at the editor output:

We have created a test that will fail on purpose (we provide it with a false path):

That is when we are presented with the dialog we showed previously.

After we select a priority, Firefox is launched and we can see a ticket been created:

Once the “Create” button is clicked we can find the ticket in our project’s backlog:

This concludes the execution of our attended automation script.

In our unattended automation script, everything happens transparently to the tester. There is no priority dropdown display and the browser runs minimized, yet the creation of tickets happens successfully.

Let’s take a look at the differences in the scripts:

We do not include a list that holds the priority level since we don’t display a dropdown menu:

Instead, we have a variable called “FailedSeverity” which we set before each test and then pass to the OpenJiraTicket function:

Notice how the unattended automation script has a different signature for its OpenJiraFunction and misses the Display action:

Also, the launched browser is maximized in the attended automation script, whereas in the un-attended it minimized:

RPA domain-based testing of a programming language may start with simple smoke tests on the basic functionality of the language. Progressively, more complex tests can be created and executed similarly, based on our goals and constraints. Such smoke tests could be the basis for regression testing suites that can be executed automatically in the scripting manner that we’ve shown.

Robin offers attended and unattended automation modes of operation. We used both modes to issue Jira bugs automatically. There is plenty of room to explore here depending on how much of an automated approach the user/developer/tester wishes to have when communicating with Jira. Although we explore two cases only, we hope that the interested reader will find it straightforward to communicate with Jira using Robin, at an automation level that fits her/his needs.

The basis of creating great automation scripts lies almost entirely in solid business analysis and critical thinking skills. It is important to be able to break down big, complex problems into smaller, simpler and more straightforward processes. The use of a general-purpose programming language comes with a potential knowledge debt, sometimes for even the simplest of tasks. You have to invest and train yourself to program/develop using a programming language. Robin thrives in this sense through its simplicity. Whether you are a fully dedicated RPA developer or a tech-savvy business user you will find it really easy to jumpstart your RPA journey with Robin.

Robin is the first fully dedicated RPA language designed with simplicity and feature richness built into its core. Its simple syntax, combined with the ability to extend Robin itself by utilizing its SDK, allows for limitless expansion in functionality and the use-cases it can cover.

We’ve shown a simple way to test Robin using Robin based on smoke tests. We also depicted how Jira bugs could be automated. It’s up to the reader to explore and extend our scripts and decide how much automation with Jira would be appropriate.

Published at DZone with permission of James Papadimitriou . See the original article here.