In this energizing 40th Hands-on Agile "Best Test Ever" session, David Burkus delved into the surprising science of high-performing teams. 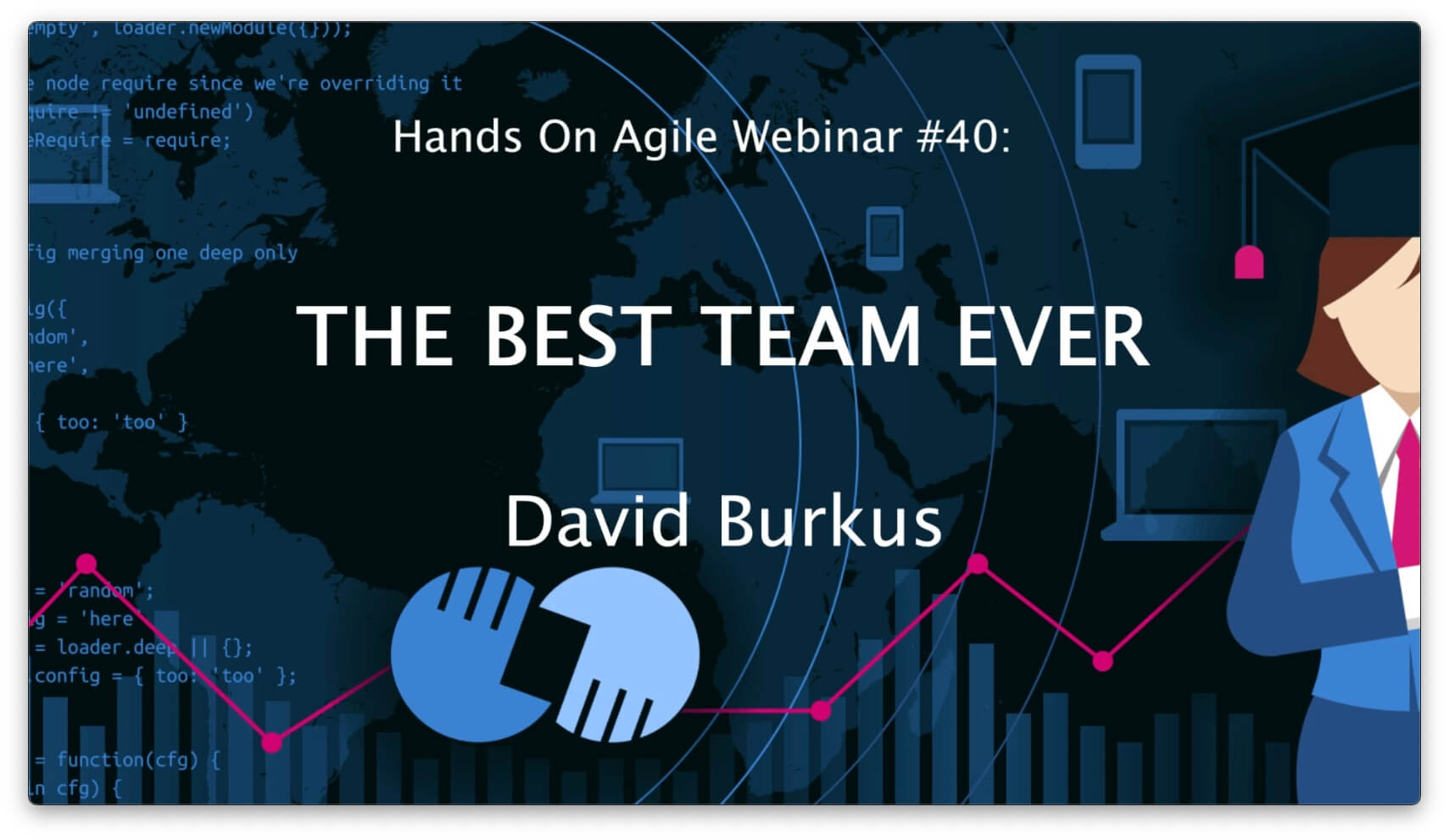 The Surprising Science of High-Performing Teams

Why are some teams more motivated, more innovative, and more successful than others? Why do some groups of talented and seemingly compatible people fall short against lesser teams with less suitable members; and why are we still so surprised about which team members excel, and which ones fail?

In this persuasive and provocative keynote, David Burkus argues that talent doesn’t make the team. The team makes the talent. Drawing on decades of research and diverse case studies, Burkus reveals what some of the most effective teams in the world do differently, and how you can start doing the same on your team. Audience members will leave with a clear and concise understanding of how the culture of their team affects its performance, and a simple and practical blueprint for how to build the best team ever.

One of the world’s leading business thinkers, David Burkus’s forward-thinking ideas and bestselling books are helping leaders and teams do their best work ever.

He is the bestselling author of four books about business and leadership. His books have won multiple awards and have been translated into dozens of languages. His insights on leadership and teamwork have been featured in the Wall Street Journal, Harvard Business Review, USAToday, Fast Company, the Financial Times, Bloomberg BusinessWeek, CNN, the BBC, NPR, and CBS This Morning. Since 2017, Burkus has been ranked as one of the world’s top business thought leaders by Thinkers50. As a sought-after international speaker, his TED Talk has been viewed over 2 million times. He’s worked with leaders from organizations across all industries including Google, Stryker, Fidelity, Viacom, and even the US Naval Academy.

A former business school professor, Burkus holds a master’s degree in organizational psychology from the University of Oklahoma, and a doctorate in strategic leadership from Regent University.