If you want to deal with linear regression and want to understand the statistical basics behind the regression, this article aims to show the roadmap for your learning. In my one of the previous articles, I have talked about “The Journey of Probability and Statistics” and this article can be accepted as a proceeding of that previous article. As you start learning statistics, the first door you go in is "the probability" which defines the behavior of the real-life event with some mathematical phrases. Then comes the distributions. Of course, the normal distribution defines a (mostly) typical scenario. While your learning path continues, you collect your tools for the linear regression.

I simply define the roadmap for the linear regression as of the following:

You collect data from real-life events. You will have several kinds of variables, such as categorical or numerical which are used to deal with the setup of the model. Here's a  small sample from my previous article. 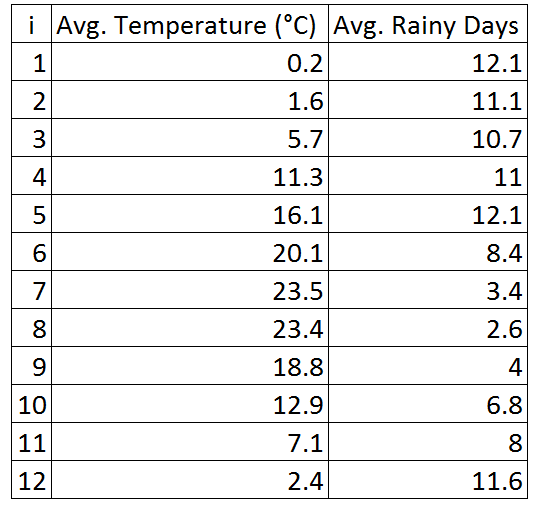 Event data is your base for the sample of the population. So you may have many sample sets for your model setup.

The following figure gives a high-level overview of distribution: 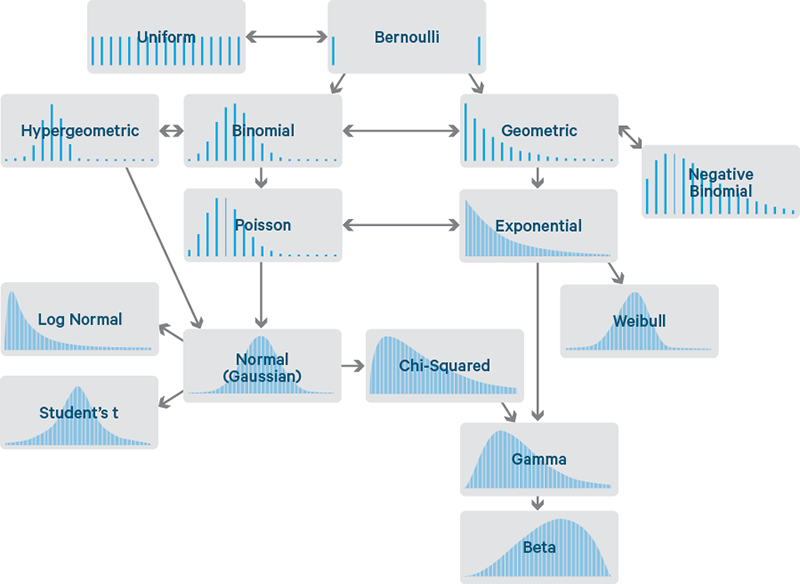 Mostly we can expect the population distribution to be a normal one. But there could be other types.

Remember the equation for Linear Regression, which is given below:

Most events tend to show normal distribution. In linear regression, errors are independent of normal random variables with a mean of zero and a constant variance.

In statistics, it is almost impossible to work with the population. Central Limit Theorem provides us a mean value which states that a sample mean is almost equivalent to the population mean, which gives us the ability to work with sample data. Of course, this is provided under a sufficiently large sample size. All the mean values of the subset of the larger sample size will be normally distributed regardless of the main distribution. This gives us the Central Limit Theorem.

Here is a simple example with Excel. The table has a very large data set. Approximately 100 million pieces of data. With the ora_hash function, sample sets are selected and their mean value is calculated. "ORA_HASH is a function that computes a hash value for a given expression. This function is useful for operations such as analyzing a subset of data and generating a random sample." 30 sample sets are taken. The results are given below.

When you draw the graph in Excel you can get the output shown below.

With the help of Central Limit Theorem, you can find the most convenient interval for your statistical analysis. 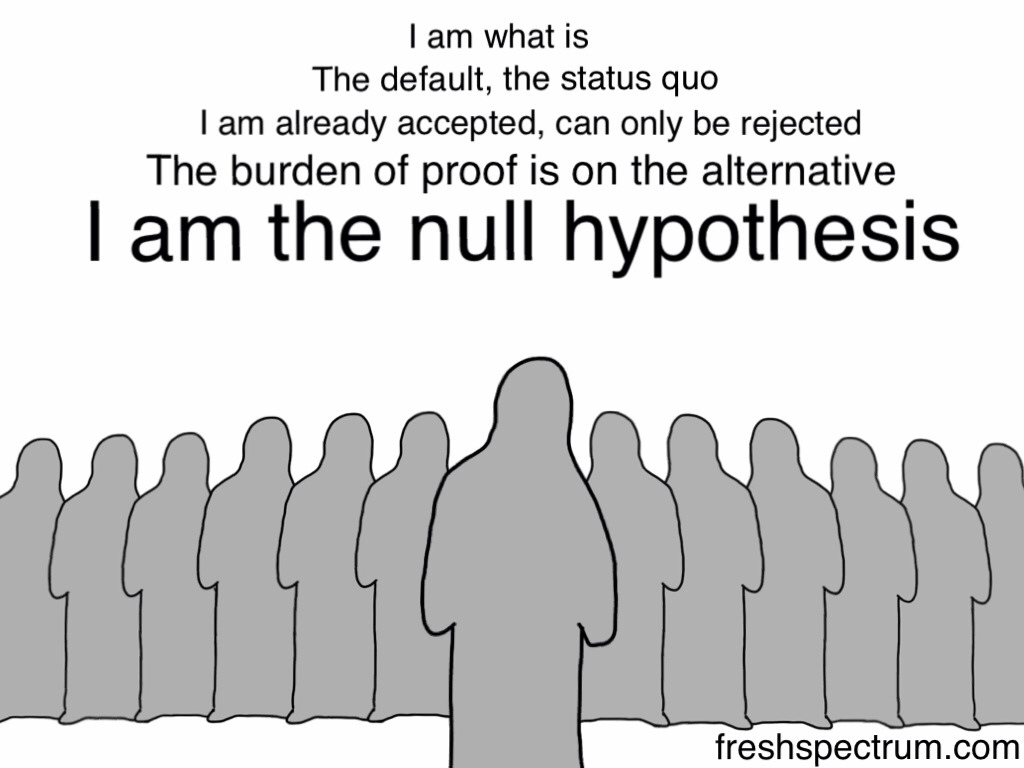 A threshold is chosen, and the p-value is compared with this threshold. The most commonly used threshold value is 0.05, usually. If it is smaller than 0.05, it can be said that we can reject the null hypothesis and alternative hypothesis can be accepted. The 0.05 value is a threshold value. It can be chosen different from 0.05 based on the sample size and test data.

It is also known as  the Student's Test. A T-test compares two data samples based on the mean and their standard deviation and tells how significant the difference between the two sets is. There are three types of t-tests:

ANOVA is used to compare more than two groups based on the variance. So you can decide to reject or accept the null hypothesis based on the ANOVA f-statistics and p-value value for those groups.

The final picture for this can be defined simply in the following figure : 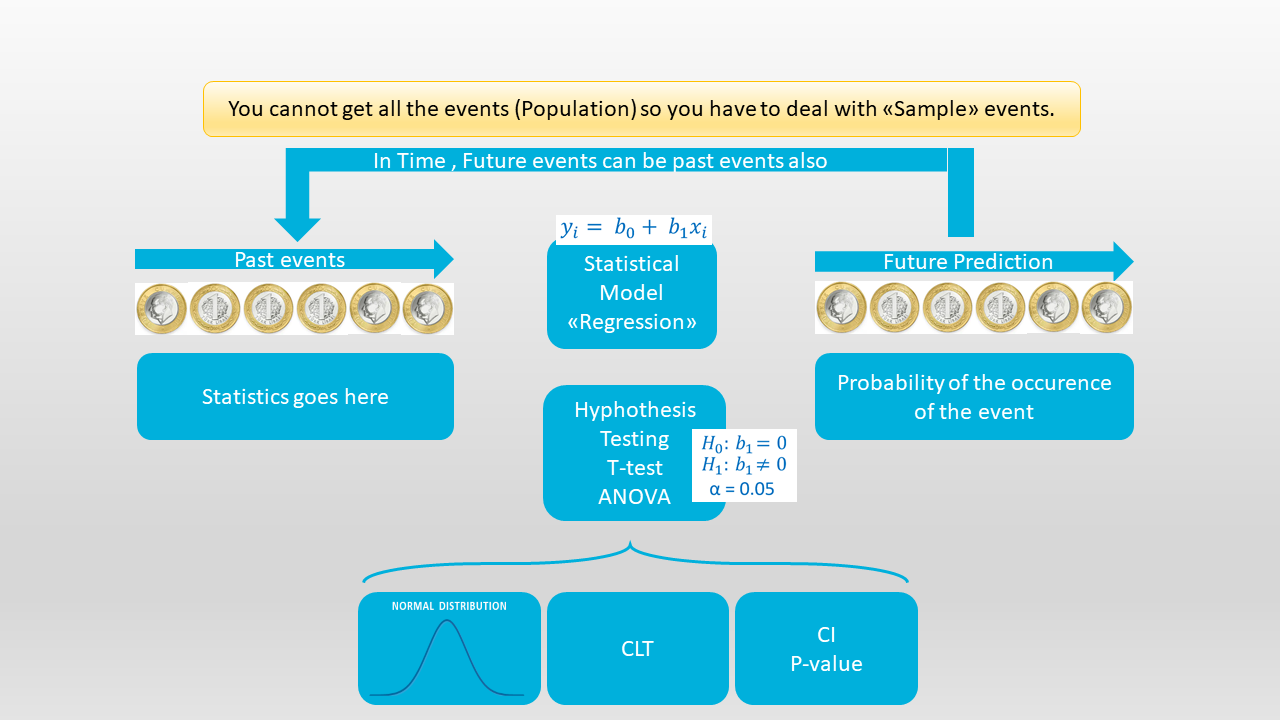 Above are the necessary means to define and understand the result of the linear regression. Of course, all of them have more details. I just want to give a higher view of the process. And I am going to write another article on how to use and interpret the results.