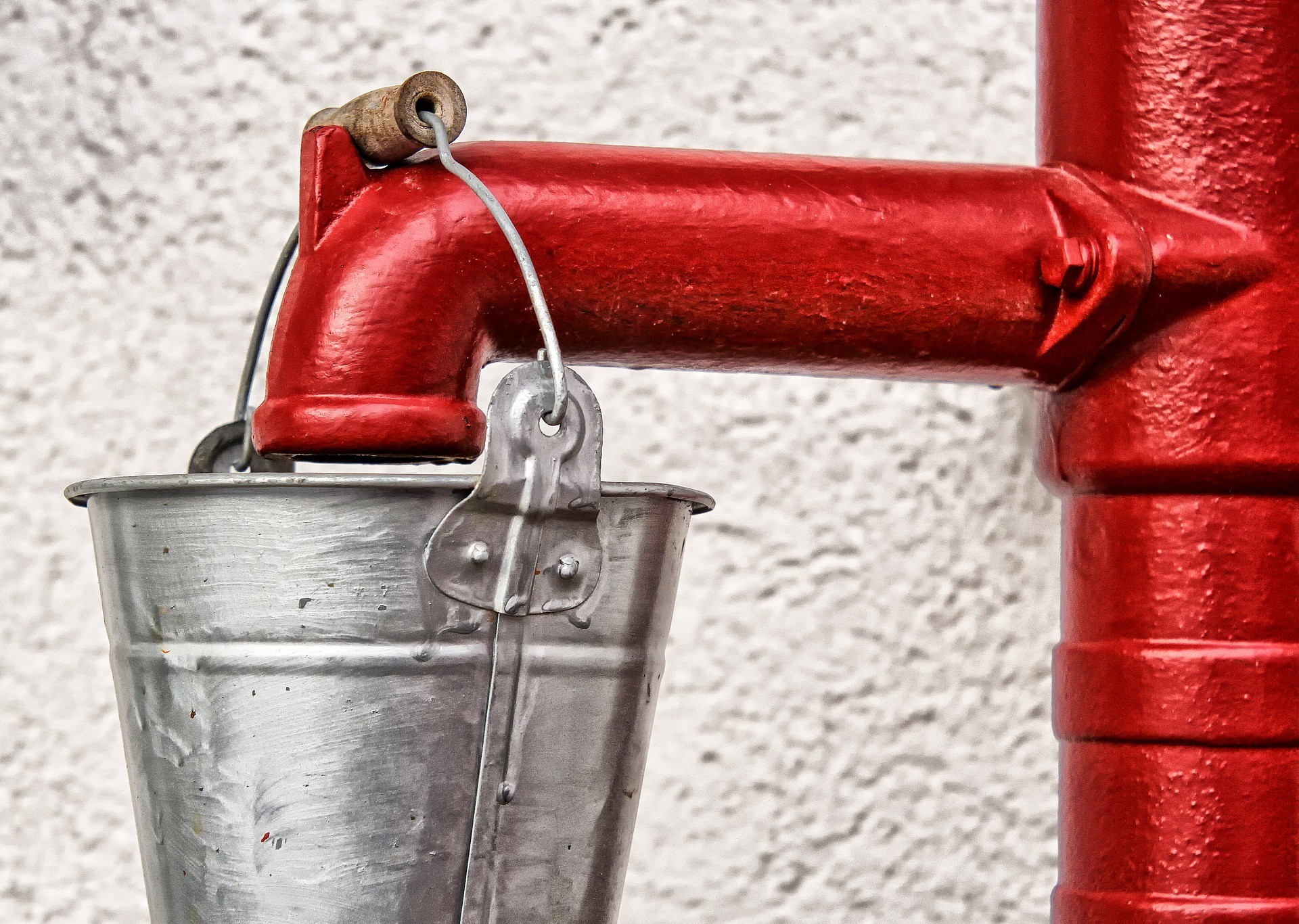 Without management, the bucket quickly overfills

You may also enjoy:  Building Microservices: Using an API Gateway

This blog post describes three features that can facilitate in controlling the access to an API Gateway method and reduce the number of Lambda function’s invocations:

A threshold is a combination of the number of calls per second and the number of allowed bursts. The API Gateway throttles requests using the token bucket algorithm when a token is considered a single request.

To depict this algorithm simply, you can imagine a hose pouring water into a bucket on the one side and a pump drawing the water (from the same bucket) on the other side, while the bucket’s capacity is measured every specific time frame.

In this allegory, the hose flow is equivalent to the number of requests, and the bucket size is the burst rate.

In the image above, the maximum flow of requests per second is 500, and the depth of the bucket is 100 requests, and thus 100 requests can be handled in a given time. After a request has been processed, it leaves the bucket and allows other requests to be processed; the request processing rate sets the pace. If the bucket is full, the requests will be handled at the next cycle (next second). However, in case the incoming requests flow higher than the processing rate, then the request is rejected, and an error is returned.

A client shall receive an error in case his call has exceeded the threshold:

AWS allows defining the rate and the burst parameters in two places: the Stage and the Usage plan.

By default, a definition on the stage level is permeated to all the methods under the same stage. Nevertheless, you can override this definition per method by selecting “override for this method”:

Setting the Throttling in A Usage Plan

Before addressing the throttling parameters in a usage plan, let’s briefly describe the usage plan concept. In short, a usage plan is a set of rules that operates as a barrier between the client and the target of the API Gateway (i.e. Lambda function). This set of rules can be applied to one or more APIs and stages.

The quota feature enables avoiding a situation where an API Gateway method is flooded with unwanted traffic under the radar. It is recommended to use this feature to avoid bursting your budget in a development environment. As for production environments, this feature may be risky, as you can create a denial of service for legit requests.

As mentioned, the advantage of usage plan is the granularity it provides. The throttling parameters for a method (i.e. GET, POST) can be defined in a single location rather than in each stage separately. This simple configuration can prevent confusion and sets standardisation across different stages and methods.

Which Has the Precedence?

So, we saw that the throttling definition could be configured in three different places. Who wins then?

In case all three are configured (Stage level, Usage plan level, and an individual method under a usage plan), the precedence is granted to the lower values. For instance, if a rate definition in a usage plan is lower than the defined rate in the Stage, then it supersedes the stage’s definition.

On top of simplifying the throttling management by allowing a unified configuration, a usage plan has another useful feature that facilitates controlling the requests flow — setting API Keys, which leads us to the next section.

The API Key is a string used to authorize calls in a low-level way; the server expects to receive this authorization string as part of each request’s header. Unless the header includes a valid API Key, the API Gateway rejects the request. It is a simple way to validate requests and distinguish between authorised and arbitrary requests.

Setting the API key is done on the server level; hence, you can disable or delete an existing API key and cause all incoming requests using this key to fail (error 403). Practically, it forces the requests to align with a new API key.

The API Key can be either autogenerated by AWS or customed by the user.

Associating the API Key With a Usage Plan

To be effective, the API Key must be associated with a usage plan, one or more; otherwise, it will not be attached to any API. Once attached, the API keys are applied to each API under the usage plan.

Moreover, a usage plan can have one or more keys. When the API key is disabled, it becomes obsolete from all its usage plans.

The last step to enforce the usage of an API Key is enabling this feature in the resource level, under the Method Request definition.

The API Key in Action

Exemplifying the API key as part of the header (screenshot using Postman):

In the example above, the request will yield a 403 error as the API Key is not part of the header (the checkbox is not ticked):

When calling the service with a valid API key, the response is as expected: 200.

I find the API Key feature useful to filter unsolicited requests. When developing an API that is exposed to the world, it can assure only authorized calls will be handled. However, this is not a proper way to apply authorization since the key is exposed in the header, therefore, use authentication services like AWS Cognito or standards like OAuth.

Although caching does not restrict access, it functions as a barrier between the request and its execution; it can reduce the invocations of a Lambda function or other API Gateway end-target.

The caching properties are defined on the highest stage level of all resources, but it can be overridden in each method of the stage as well. That enabled a different cache configuration for each method.

Another interesting example is when enabling API cache without setting any cache parameter. In this case, any parameter will be considered as a cache key, and thus method?param1=111&param2=222 will return the same response as method?param1=444&param2=333 .

Since the API Gateway populates the cache based on the cache parameters, different clients can send the same parameters and receive the same cached response. This behavior makes sense, but there is a nuance when handling CORS responses.

A CORS response should include Access-Control-Allow-Origin in its header, then the browser, which executed the call, validates if the origin is allowed to the response: if the caller, the source, is absent from the permitted origins, the browser raises an error (mostly Javascript error).

An edge case can happen if, by any chance, another client has populated an entry in the cache while using the same cache keys as our CORS call. In this case, the response will lack the essential header-value, and thus the response will be rejected by the client.

To overcome this scenario, it is better to add a header-parameter, named Origin, as a cache parameter; it will enforce building a combined cache key that includes the origin. With that, the entry in the cache will be populated with Origin and bypass the edge case described above. For further reading about CORS calls, click here.

Client Cache-Control: What? How?

An interesting nuance about controlling the cache: a client can bypass the cache mechanism by setting a parameter in the request’s header Cache-Control: max-age=0 . We can decide how the API Gateway respond to this header’s value. There are three options:

The first option ignores the Cache-Control key but returns a warning in the response header:

In case you strictly want to reject any misalignment and rigidly enforce requests, the last option is recommended as it raises an error. This error is logged and can be monitored later on.

There is another way to control the cache invalidation, and it is more rigid as it uses the underlying policy layer. Like any other policy, it allows a low-level control. You can allow or deny the cache invalidation based on a specific user/role or anyone. All you have to do is edit the Resource Policy, as the example below demonstrates:

In this case, the server will throw a 403 error with a detailed explanation:

Lastly, What About Monitoring?

Well, we covered three techniques to offload the number of invocations and filter them. Now, how do we measure that? Well, the answer is CloudWatch.

Measuring the Number of Errors

CloudWatch metric 4XXError displays the number of errors over a period. These errors can originate from bursting the throttling definitions or lacking an API key. These errors can be analysed in the CloudWatch insights tool (see an example for an SQL-like query) or by going into the raw logs themselves.

Examining the logs shows tangible evidence if using the cache is lucrative. CloudWatch exposes two metrics to measure the usage of cache per API or stage. These metrics can reveal whether the cache’s parameters should be changed, for example, extending its capacity or TTL (time-to-live); the graph below presents the cache hits and its misses:

Analyzing metrics and raising alerts when specific threshold bursts are recommended to ensure our parameters and configuration are appropriately tuned.

Well, that’s it for now. I hope you enjoyed reading this post and find these API Gateway features useful to filter invocations and avoid unnecessary calls.

Until the next time, keep on clouding ⛅.

Exposing Your Resources With the AWS Suite