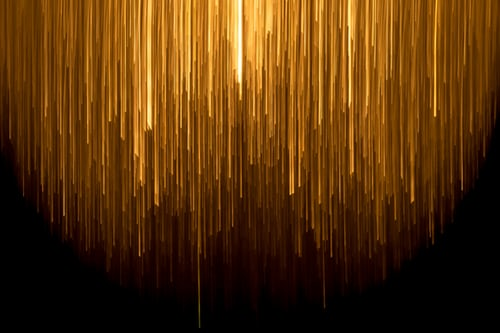 With the advancements in the field of artificial intelligence and machine learning, it has become essential to understand the fundamentals behind such technologies. This article on Principal Component Analysis will help you understand the concepts behind dimensionality reduction and how it can be used to deal with high dimensional data.

In general, machine learning works wonders when the dataset provided for training the machine is large and concise. Usually, having a good amount of data lets us build a better predictive model since we have more data to train the machine with. However, using a large data set has its own pitfalls. The biggest pitfall is the curse of dimensionality.

It turns out that in large dimensional datasets, there might be lots of inconsistencies in the features or lots of redundant features in the dataset, which will only increase the computation time and make data processing and EDA more convoluted.

What Is Principal Component Analysis?

Principal components analysis (PCA) is a dimensionality reduction technique that enables you to identify correlations and patterns in a data set so that it can be transformed into a data set of significantly lower dimension without loss of any important information.

The main idea behind PCA is to figure out patterns and correlations among various features in the dataset. On finding a strong correlation between different variables, a final decision is made about reducing the dimensions of the data in such a way that the significant data is still retained.

Such a process is very essential in solving complex data-driven problems that involve the use of high-dimensional data sets. PCA can be achieved via a series of steps. Let’s discuss the whole end-to-end process.

Step by Step Computation of PCA

The below steps need to be followed to perform dimensionality reduction using PCA:

Let’s discuss each of the steps in detail:

Step 1: Standardization of the Data

If you’re familiar with data analysis and processing, you know that missing out on standardization will probably result in a biased outcome. Standardization is all about scaling your data in such a way that all the variables and their values lie within a similar range.

Consider an example, let’s say that we have 2 variables in our data set, one has values ranging between 10-100 and the other has values between 1000-5000. In such a scenario, the output calculated by using these predictor variables is going to be biased since the variable with a larger range will have a more obvious impact on the outcome.

Therefore, standardizing the data into a comparable range is very important. Standardization is carried out by subtracting each value in the data from the mean and dividing it by the overall deviation in the data set.

Post this step, all the variables in the data are scaled across a standard and comparable scale.

Consider a case where we have a 2-Dimensional data set with variables a and b, the covariance matrix is a 2×2 matrix as shown below:

In the above matrix:

Here are the key takeaways from the covariance matrix:

Simple math, isn’t it? Now let’s move on and look at the next step in PCA.

Step 3: Calculating the Eigenvectors and Eigenvalues

Eigenvectors and eigenvalues are the mathematical constructs that must be computed from the covariance matrix in order to determine the principal components of the data set.

What are Principal Components?

Now, where do Eigenvectors fall into this whole process?

Assuming that you all have a basic understanding of Eigenvectors and eigenvalues, we know that these two algebraic formulations are always computed as a pair, i.e, for every eigenvector there is an eigenvalue. The dimensions in the data determine the number of eigenvectors that you need to calculate.

Consider a 2-Dimensional data set, for which 2 eigenvectors (and their respective eigenvalues) are computed. The idea behind eigenvectors is to use the Covariance matrix to understand where in the data there is the most amount of variance. Since more variance in the data denotes more information about the data, eigenvectors are used to identify and compute Principal Components.

Eigenvalues, on the other hand, simply denote the scalars of the respective eigenvectors. Therefore, eigenvectors and eigenvalues will compute the Principal Components of the data set.

Once we have computed the Eigenvectors and eigenvalues, all we have to do is order them in the descending order, where the eigenvector with the highest eigenvalue is the most significant and thus forms the first principal component. The principal components of lesser significances can thus be removed in order to reduce the dimensions of the data.

The final step in computing the Principal Components is to form a matrix known as the feature matrix that contains all the significant data variables that possess maximum information about the data.

Step 5: Reducing the Dimensions of the Dataset

So that was the theory behind the entire PCA process. It’s time to get your hands dirty and perform all these steps by using a real data set.

In this section, we will be performing PCA by using Python.

Problem Statement: To perform step by step Principal Component Analysis in order to reduce the dimension of the data set.

Logic: Perform PCA by finding the most significant features in the data. PCA will be performed by following the steps that were defined above.

In the below line of code, we use the StandardScalar() function provided by the sklearn package in order to scale the data set within comparable ranges. As discussed earlier, standardization is required to prevent biases in the final outcome.

As discussed earlier, a covariance matrix expresses the correlation between the different features in the data set. It is essential to identify heavily dependent variables because they contain biased and redundant information which reduces the overall performance of the model.

The below code snippet computes the covariance matrix for the data:

In this step, eigenvectors and eigenvalues are calculated, which basically compute the Principal Components of the dataset.

Step 5: Use the PCA() Function to Reduce the Dimensionality of the Dataset

The below code snippet uses the pre-defined PCA() function provided by the sklearn package in order to transform the data. The n_components parameter denotes the number of Principal Components you want to fit your data with:

The output shows that PC1 and PC2 account for approximately 14% of the variance in the data set. 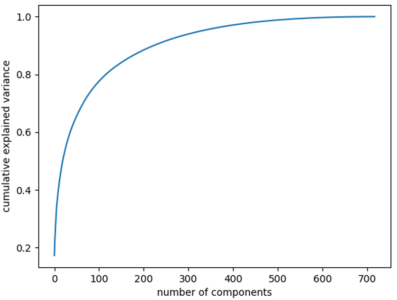 The screen plot clearly indicates that the first 500 principal components contain the maximum information (variance) within the data. Note that the initial data set had approximately 9000 features, which can now be narrowed down to just 500. Thus, you can now easily perform further analysis on the data since the redundant or insignificant variables are out. This is the power of dimensionality reduction.

With this, we come to the end of this blog. If you have any queries regarding this topic, please leave a comment.

Principles of Data Analysis for Beginners

Dimensionality Reduction Techniques: Where to Begin