What Is the MEAN Stack? 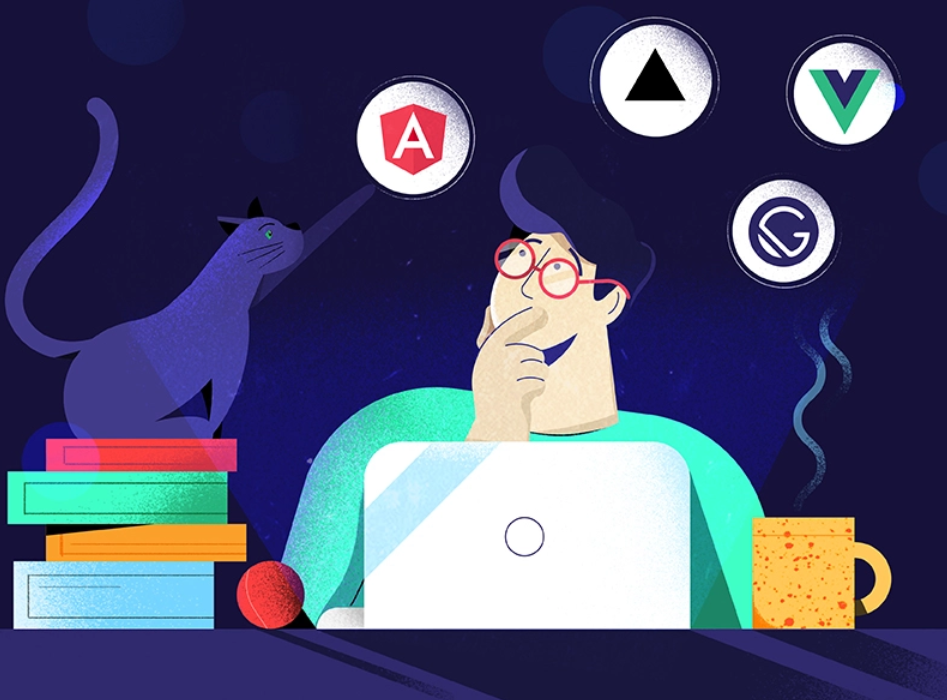 In the web development process, various technologies are used. It depends on the project's complexity, budget, and other criteria.  Web servers, libraries, front-end environments, and database systems are among them. Developers these days are using the strategy of using a combination of such tools and technologies to speed up and improve the web development process. MEAN stack is one of them.

MongoDB is a free, document-based database designed for scalability and development flexibility. Data in MongoDB is not written in tables and columns as in a relational database. Instead, MongoDB stores JSON-like documents with dynamic schemas.

AngularJS is a structural framework for dynamic web applications. It can use HTML as a templating language and extend the HTML syntax to clearly and concisely describe the components of your application. In addition, data binding and dependency injection in Angular allows you to get rid of a lot of code that you would have to write otherwise.

These technologies were developed at different times. But today, they are grouped to form the MEAN stack, and the reason is quite clear. JavaScript unites them. Since JavaScript is a dynamic programming language for developing client-side and server-side web applications, it’s also one of the most popular languages for web development.

Pros and Cons of the MEAN Stack

The main reason for preferring the MEAN stack over others is to use a common language for both the client and server sides. Since all these technologies are written in JavaScript, your web development process becomes neat. Node.js is a platform that hosts a server-side implementation of JavaScript. With Angular.js using JavaScript in the frontend, it becomes easier to reuse code from the backend to the frontend. It’s effective and cost-saving.

So, owing to JavaScript's versatility (the core programming language here), it is highly adaptable for a vast range of web apps.

Among the disadvantages of the MEAN stack, you may find the following:

At the same time, despite the high versatility, JavaScript tends to make websites slower to load, which could reduce its popularity. However, it’s still an issue of controversy.

The MEAN stack is not suitable for all applications, but there are many situations in which it works great. Here are some examples of using MEAN:

When you create an application from scratch, it’s important to use a consistent, standardized software stack. Building the back end with collaborative tools reduces development time and optimizes resources.

When using mean developer skills, you do not need to hire different specialists to develop each part of the application. Instead, you can use one group of JavaScript developers, using them where and when you need them. Using JavaScript as a standard language also makes it possible to reuse the entire application’s code without reinventing the wheel repeatedly.

Large companies benefit from working with the MEAN stack, as they do not need to hire mean stack developers with different skill sets to work on the same project. In addition, the MEAN stack has introduced a new career profile, a full-featured JavaScript developer. It is also convenient to have multiple JavaScript developers on a team in collaboration and team management due to their similar backgrounds.

To get the most out of mean development for software development, you need to understand when to use it, study examples of its use and architecture, and become more familiar with its components. But unfortunately, that’s still a challenge.

What is the mean stack? The MEAN stack offers a modern approach to web development. It also takes advantage of the power of modern single-page web and app design, which does not require a complete refresh of the web page for every server request, as most traditional web applications do. Using the mean strategy as a combination of practical tools and optimal technologies to speed up and improve the web development process remains the key to success for many product development projects.

Published at DZone with permission of Martin K.. See the original article here.