After hitting a certain level of experience and spending quite enough time in the industry, I have realized the importance of designing/architecting system and software. So I have started looking into system/software design and got to know nothing can better start than a Design Pattern. And the first thing I have done is googling "What is Design Pattern?" Hence got the idea of this article.

But as someone without a computer science background (I am from an electronics background), learning them was a struggle. Every material, article, explanation, or book was riddled with jargon to sift through. Some of them I still don't quite understand. I barely know how the Flyweight and Classical Visitor pattern work and anyone who says they do is a liar.

So, after taking the online course, YouTube videos, lots of Googling, tons of compiling, and spaced repetition with learning and unlearning, here is what I have gained so far.

What Is Design Pattern? 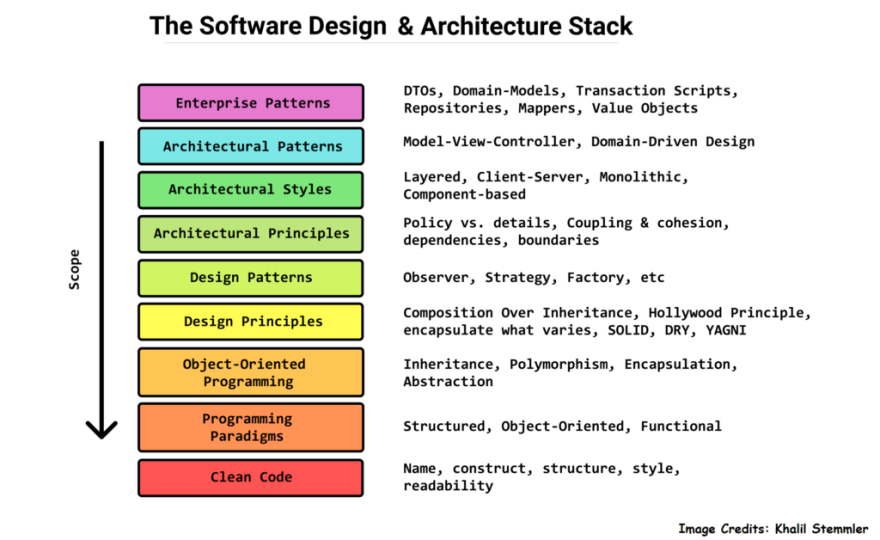 - In software engineering, a software design pattern is a general, reusable solution to a commonly occurring problem within a given context in software design.
- It is not a finished design that can be transformed directly into source or machine code. It is a description or template for how to solve a problem that can be used in many different situations.
- Design patterns are formalized best practices that the programmer can use to solve common problems when designing an application or system.

What Is Not Design Pattern?

Why Do We Need Design Patterns?

As Software Developers, we often evaluate our code through some attributes like how clean, expressive, taking less memory footprint and fast our code is. But the most important concern which we often neglect is that you should be able to easily change anything later. What you decide today could be irrelevant tomorrow. And your code should be flexible enough so that it's not too costly to alter. So Design Patterns are best practices to cover such attributes. For me, the core of Design Patterns consists of the following 6 rules:

They Are Proven Solutions

They Are Easily Reusable

They Prevent the Need for Refactoring Code

They Lower the Size of the Codebase

Why You Should Learn Design Patterns?

Before Diving Into the Design Patterns

But, before diving into the Design Patterns, you should learn some of the basic design principles called SOLID. SOLID is one of the most popular sets of design principles in object-oriented software development introduced by Robert C. Martin, popularly known as Uncle Bob. The SOLID principles comprise of these five principles:

SOLID are "not principles to adopt" but "frameworks to use"

I'm not advocating to learn everything by heart, but you should try to understand as much as you can about these concepts as you will encounter them often in your work. By practising to implement them, you will understand better their use cases and the reasons behind them.

I hope to cover most of the classic Gang of Four Design Patterns throughout this series. I struggled to find beginner-friendly material while learning them, and hope these help others avoid the same fate. By the way, I will be using Modern C++ for all of the patterns. So you can also smell C++ from thought process and some of the definitions(this line is hard for me to put it into the words). This is by no means that you can not apply these patterns to other languages.

Do you need design pattern all the time?

Initially, you should not think about Design Pattern. An expressive and less code is always the first line of defence. You should not complicate the solution because complication is given by the problem.

Why you should learn the Design Patterns?

If you are a self-taught developer and does not expose to industry projects then you may not have thought process for using Object-Oriented Design. You can not think every aspect of design in terms of objects. In this case, Design Pattern will give you a new thought process of thinking everything in terms of objects. And if you follow it strictly, you will see your classes and software represent the Domain Specific Language.

Have any suggestions, queries, or want to say hi? You are just a click away.

Published at DZone with permission of Vishal Chovatiya . See the original article here.