On the surface, an application may look simple as it aims to solve end-users problems. However, under the hood, a collection of components known as the software stack plays a crucial role in how the application works.

As a developer, you must know about software stack. This article will cover "What is Software Stack?" and its different layers. We'll also cover popular software stacks so that you can learn which software stack to pick for your application development. Let's get started.

What Is Software Stack?

Software Stack is a collection of programs or components needed for an application to run. It is similar to Network’s OSI model, which contains seven layers, with each layer collaborating to transmit data on the internet. Software Stack is no different. Here, each component plays a vital role in application execution.

In most cases, a software stack comprises these components:

These components are stacked on top of each other, with the lower-level components managing hardware interaction. On the other hand, the higher-level components deal with end-user services and tasks. Also, each component within a stack can work in tandem to execute simple or complex tasks across the stack. 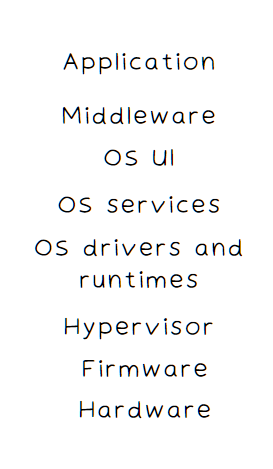 The complexity of the software stack depends on the application’s functionality. This means it can include an organization’s custom on-premise resources or services/solutions from cloud providers/SaaS vendors.

The software stack’s customizability means there are no fixed standards or approaches. However, the software stack aims to provide the necessary feature-set for application development, operation, delivery, and maintenance. The software stack can be as simple as consisting of OS, programming language tools, database, and application to being complex with the addition of more components such as computing, networking, user interface, virtualization, and abstracted physical resources.

As each component has a different function to meet, a software stack can broadly be divided into three layers.

There are many established software stacks in the market. Some of the popular ones include:

MEAN stands for MongoDB, Express, Angular, and Node.js. It is a modern web development stack. It is unique because it doesn’t rely on any operating system, thanks to Node.js, a server-side scripting platform. The other components include MongoDB, a NoSQL document database, and Angular.JS for front-end development. Here, Express.JS is a web framework for Node.js. 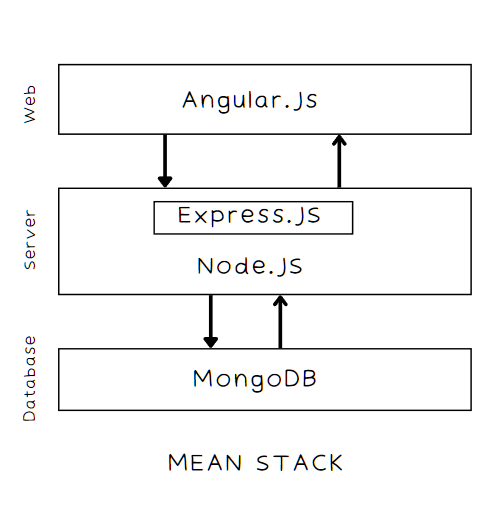 MEVN is a popular alternative to MEAN. Here, Vue.js is a lightweight, minimalistic JavaScript framework that replaces Angular.js. Due to its minimalistic approach, MEVN is highly customizable but relies on third-party add-ons developed and managed by its community.

LAMP is one of the oldest and most well-known web development stacks. LAMP components include Linux, Apache, MySQL, and PHP. It is an open-source stack that gives you all the tools to create and manage web applications. Linux is the operating system with Apache as the server. For databases, the stack implements MySQL, a popular database solution. Lastly, we have Python, Perl, or PHP as the programming language to write scripts. The LAMP stack components complement each other and hence are loosely coupled.

There are many other popular software stacks, including:

There are different technology stacks that organizations can use to manage and deploy applications.

Q: Is the Software stack customizable?

A: The software stack aims to provide the necessary feature-set for developers to develop, deliver and operate applications. It is customizable and can be simple or complex.

Q: What are the core software stack components?

A: Even though a software stack is customizable, it does have core components. It includes a database, programming language support tools, an operation system, and the application.

Q: What is a single software stack?

A: Single software stacks are developed and managed by a single provider. This means the software stack is part of an ecosystem and offers efficiency but not flexibility.