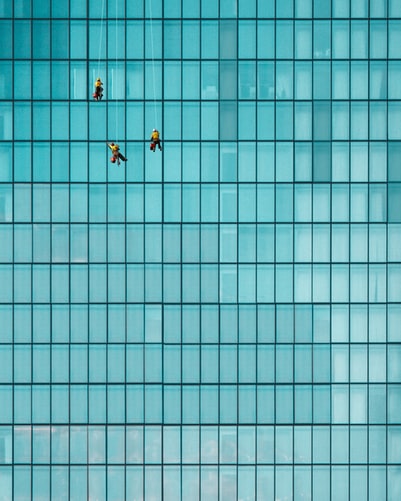 An example of an architectural pattern.

I’m sure you use caching somewhere in your system. This can be either to improve performance, reduce backend load, or to decrease downtime. Everybody uses caching. Caching is everywhere. However, in which part of your system should it be placed? If you look at the following diagram representing a simple microservice architecture, where would you draw the “cache” rectangle?

You may also like: Rolling Upgrade Hazelcast IMDG on Kubernetes

There is more than one right answer to this question. You could place the cache inside each service or as a completely separate cache server. You could also put it in front of each service, or even as a sidecar container that belongs to the service — there are many options. I’ve already mentioned some of them in the Hazelcast Sidecar Container Pattern blog post. Here, let’s summarize all the options you have in the microservice world and describe Caching Architectural Patterns.

The simplest possible caching pattern is Embedded Cache. In the diagram above, the flow is as follows:

This long-lasting business operation can be anything worth caching; for example, performing a computation, querying a database, or calling an external web service.

Such caching logic is very simple and we could quickly write code for it, either using built-in data structures or some caching libraries (like Guava cache). We could also place the cache in the application layer and use the caching capabilities provided by most web frameworks. For example, in the case of Spring, adding a caching layer requires nothing more than adding the @Cacheable annotation to the method.

With this implementation, every time the getBookNameByIsbn(String isbn) method is called, Spring first checks if this method was already executed with the given isbn parameter. If yes, then the cached value is returned instead of executing the findBookInSlowSource(String isbn) method. You can find the complete code for this example here.

There is one issue with the embedded cache approach. Imagine that there is a request made to our system, and the first time it’s forwarded to the application service on the top. Then, the same request comes in, but this time the load balancer forwards it to the application service on the bottom. Now, we received the same request twice but had to perform the business logic twice, since the two caches on the diagram are completed separately. Let’s improve the pattern and use a distributed cache library.

Embedded Distributed Cache is still the same pattern as Embedded Cache; however, this time we’ll use Hazelcast instead of the default non-distributed cache library. From now on, all caches (embedded in all applications) form one distributed caching cluster. Since Hazelcast is written in Java, you can use it together with Spring; all you need to do is add the following CacheManager configuration.

With these few lines of code, we made Spring use Hazelcast for all of the caching functionalities it provides. You can check the complete implementation of this example here.

Using an embedded cache (both distributed and non-distributed) is simple because it does not require any additional configuration or deployment. What’s more, you always get the low-latency data transfer, because the cache runs physically in the same JVM. We’ll have a closer look at the pros and cons of this solution later. Now let’s now move on to a completely different caching pattern, Client-Server.

This time, the flow presented on the diagram is as follows:

This architecture looks similar to classic database architecture. We have a central server (or more precisely a cluster of servers) and applications connect to that server. If we were to compare the Client-Server pattern with Embedded Cache, there are two main differences:

If you’re interested in seeing this pattern in action, then the simplest way is to start a Hazelcast Cache server on Kubernetes using Hazelcast Helm Chart with the following command:

Then, you can use the following example to run the client application. The most interesting part is the Spring cache configuration, which looks as follows:

As you can see, all we have to configure is to specify the Hazelcast client configuration; all the rest is done automatically.

I mentioned before that the first difference between an Embedded cache and a Client-Server cache is that the former is managed separately. A separate Ops team can even manage it, or you could go even further and move the management part into the Cloud.

In terms of the architecture, Cloud is like Client-Server, with the difference being that the server part is moved outside of your organization and is managed by your cloud provider, so you don’t have to worry about all of the organizational matters.

If you are interested in an example, you can create a Hazelcast cluster on the Hazelcast Cloud platform at https://cloud.hazelcast.com/. Then, you can find a complete client application here. The most interesting part is the Spring configuration:

Using the Client-Server pattern is simple, and using the Cloud pattern is even simpler. Both of them bring similar benefits like separating cache data from the application, separate management (scaling up/down, backups), and the possibility to use any programming language. Nevertheless, one thing becomes more difficult—the latency. In the case of the Embedded pattern, the cache was always located on the same machine (even in the same JVM) as the application. However, when the server part is detached, we now need to think about its physical location. The best option is to use the same local network (or the same VPC in case of Cloud solutions).

The first two architectural patterns, Embedded and Client-Server, may sound obvious because these ideas are quite old. Now, let’s move to a new and slightly more unusual pattern, the Cache as a Sidecar.

The diagram above is Kubernetes-specific because the Sidecar pattern is mostly seen in (but not limited to) Kubernetes environments. In Kubernetes, a deployment unit is called a POD. This POD contains one or more containers that are always deployed on the same physical machine.

This time, the flow looks as follows:

This solution is a mixture of Embedded and Client-Server patterns. It’s similar to Embedded Cache, because:

It’s also similar to the Client-Server pattern, because:

This time, the Spring configuration would look as follows:

So far, in each scenario, the application was aware that it uses a cache. This time, however, we put the caching part in front of the application, so the flow looks as follows:

Such a caching solution is based on the protocol level, so in most cases, it’s based on HTTP, which has some good and bad implications:

NGINX provides a mature reverse proxy caching solution; however, data kept in its cache is not distributed, not highly available, and the data is stored on disk.

One improvement we could do to the Reverse Proxy pattern is to inject the HTTP Reverse Proxy as a sidecar. Here’s how you can do it:

Again, when it comes to the sidecar, the diagram is limited to the Kubernetes environment. The flow looks as follows:

Application Container is not even aware that the cache exists. Think about the microservice system presented at the beginning of this blog post. With this pattern, we could look at the whole system and specify (in the Kubernetes configuration file) that Service 2 v1 and Service 1 should be cached.

The whole idea of changing the system in a declarative manner (without modifying the source code of each service) is very similar to the concept of Istio (and Service Mesh in general). Nevertheless, at the time of this writing, Istio does not provide caching functionality.

What’s more, at the moment, there is no mature HTTP Reverse Proxy Cache Sidecar solution at all; however, I believe it will become more and more popular since a few projects are already actively working on some stable implementations. If you’re interested in the experimental version, check out Hazelcast PoC of HTTP Reverse Proxy Sidecar caching.

We mentioned a lot of caching patterns that you can use in your microservice system.

Here’s a handy list of the pros and cons of one table.

In the microservice world, there are many ways in which you can configure the cache in your system. As a rule of thumb, you should use caching only in one place. That means that you should never combine the patterns and cache in multiple layers at the same time (such as in both the HTTP and the application levels).

Such an approach could lead to even more problems with cache invalidation and would make your system error-prone and difficult to debug. If you use caching in one place, then it’s your choice as to which pattern to use. The most conservative approach is the good old Client-Server (or Cloud) pattern; however, I believe that the future lies in the declarative-style HTTP Reverse Proxy Cache injection. You will probably hear about it more and more in the coming months.

To Cache or Not to Cache?

Published at DZone with permission of Rafał Leszko. See the original article here.