A feature new in Zato 3.1 is the ability to connect to LDAP servers, including Active Directory instances, and this article covers basic administration as programming tasks involved in their usage from Python code.

Connections can be easily created in web-admin. Navigate to Connections -> Outgoing -> LDAP and then click Create a new connection.

The same form works for both regular LDAP and AD — in the latter case, make sure that Auth type is set to NTLM.

The most important information is:

Note that if authentication type is not NTLM, user credentials can be provided using the LDAP syntax, e.g. uid=MyUser,ou=users,o=MyOrganization,dc=example,dc=com.

Right after creating a connection, be sure to set its password too — the password assigned by default is a randomly generated one. 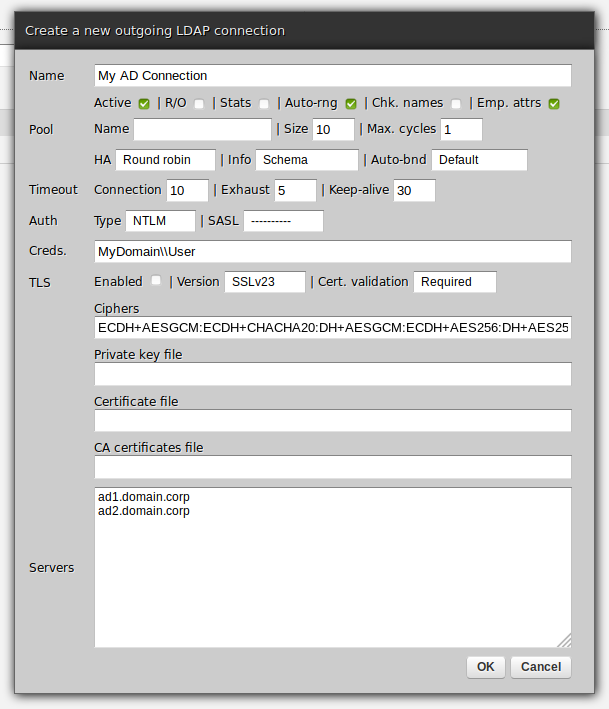 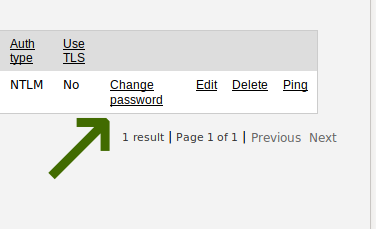 It is always prudent to ping a newly created connection to ensure that all the information entered was correct.

Note that if you have more than one server in a pool, then the first available one of them will be pinged — it is the whole pool that is pinged, not a particular part of it. 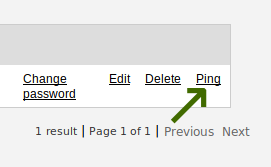 Active Directory as a REST service

As the first usage example, let's create a service that will translate JSON queries into LDAP lookups — given username or email the service will basic information about the person's account, such as first and last name.

Note that the conn object returned by client.get() below is capable of running any commands that its underlying Python library offers — in this case, we are only using searches but any other operation can also be used, e.g. add or modify as well.

After creating a REST channel, we can invoke the service from the command line:

A recurrent task in enterprise integrations in checking user credentials on behalf of systems that are not able to connect to AD or LDAP themselves; for instance, because they do not support the LDAP protocol or because a particular architecture disallows for them to make direct connections to backend servers.

To support this use-case, a separate method was added to the Python API specifically to validate user credentials — the code below is everything that is needed to confirm if user credentials are valid:

Full support for LDAP and Active Directory connections was added in Zato 3.1, and the Python API exposed grants one access to all the operations possible — offering means to integrate with directories or making them communicate with other technologies or protocols is now just a matter of authoring a service and exposing it through a channel, such as REST or one of the other types that Zato supports.