API testing is a type of software testing that tests APIs and integrations to make sure that they work appropriately. It ensures that APIs give the correct output.

While performing software application testing, we only worry about functional and UI testing — and most of the time, we skip API testing. Why? Because it can be sometimes daunting to get into the world of integration and understand the connections between systems, databases, and networks to find out the flaws.

This doesn’t mean it should be skipped.

API testing is equally as important as any other type of application testing since it helps ensure seamless functioning, performance, and the reliability of different data-driven applications and systems by verifying exchanges and communications between applications, systems, databases, and networks.

As per the API trends of 2016 by ProgrammableWeb, APIs are increasing day by day. 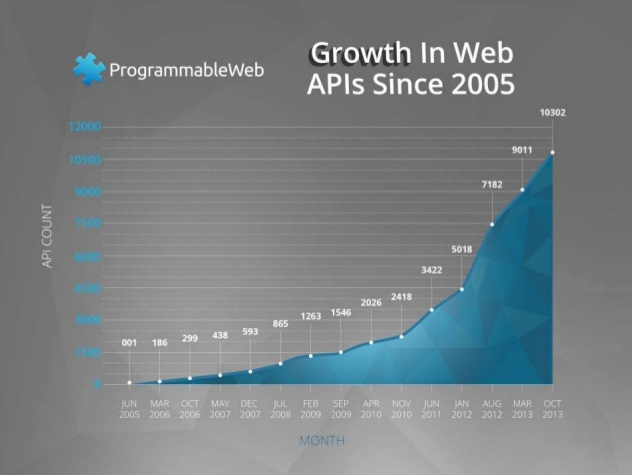 Also, when we look into the latest software testing trends, API testing will be on the priority list to verify applications’ dependencies with other apps. That is why we need to focus more on API testing.

Let’s have a look at some effective steps that help ensure that your API testing will be successful.

Each testing involves the initial part as requirements gathering. Thus, before creating API test cases, it is highly important to understand details about the application like:

Documenting all these API testing requirements is the first thing we need to implement. This will help us in planning API tests throughout our whole testing process.

Frankly speaking, I have seen certain QA teams omit this part of documenting, which results in fuzziness about the requirements. This often creates breakups between hardworking teams, which is not at all acceptable when trying to achieve greater results.

2. Set the Output of the API Tests

Once, we have gathered and documented the API testing requirements, we can now move towards finalizing the output of the API tests. The output of the API tests can vary from pass/fail status to any relevant or invalid data or a call to some other API. Here, I should not leave out that there are times when there are no outputs in certain tests. It can be tricky, as well as risky, to measure the results of the tests with the expected outcome. However, asking the following questions can really help.

Have you ever found specifying the output to be challenging?

What can be done in this situation?

What if the output is the out-of-the-box kind?

API testing is not a type of testing in which you can directly jump on writing bigger test cases. We just discussed the uncertainty in the output of the API tests. So, creating small API test cases or API calls is less painful. At least, in small API functions, we can write small API test code and test whether the output is expected or unexpected.

Later on, clubbing or including dependencies of the various tiny successful API functions will be effective as well as time-saving.

Here, for an example, I want to test the user authentication of an application. If the authenticity of the user is valid, then I want to trigger a password change functionality. While performing API testing here using SOAP/REST, we write two different test cases for two different functions, like user authenticity and password reset. Then we can impose dependency of the second test case on the first one.

Writing codes for testing can be so boring. I also used to develop code for various applications during my IT graduation. If that was boring for me, I can surely understand how boring it would for manual testers.

Today is the time when people are getting over manual testing and moving towards automated. Hardly ever will you find a tester looking to write code to test the code. (API).

Previously, it was not much accepted by most enterprises. By now, we all have much more clarity and focus when it comes to introducing automation testing to our routine software testing activities.

The skills of manual testers are not unknown to us and we never underestimate their dedication and hard work. Still, I would recommend not involving our existing team’s manual testers to write code for API test cases who are already occupied with some other manual testing tasks.

Now, whether you want to have the dedicated automation engineers or the manual testers for the API tests, it’s my strong recommendation to utilize the API test automation tools.

It will be highly beneficial for automation engineers to create API tests in such a way that they wrap up API functions that are called frequently or most often for repeated execution without the need to write them again and again.

Our automation engineers can cover the most frequently called API functions by logging the calls for each API function.

Imposing usability testing in APIs is slightly tricky. What we know about API is that they seem to be kind of a black box to the user. Hence, it is difficult to debug them.

Let’s take the same example of testing the user authenticity of an application. Here, we want to check whether we are allowed to log in or not when an incorrect password is entered.

For this, we can write a negative API test case in which we will insert the wrong password and check whether we receive the response “Access Denied.” 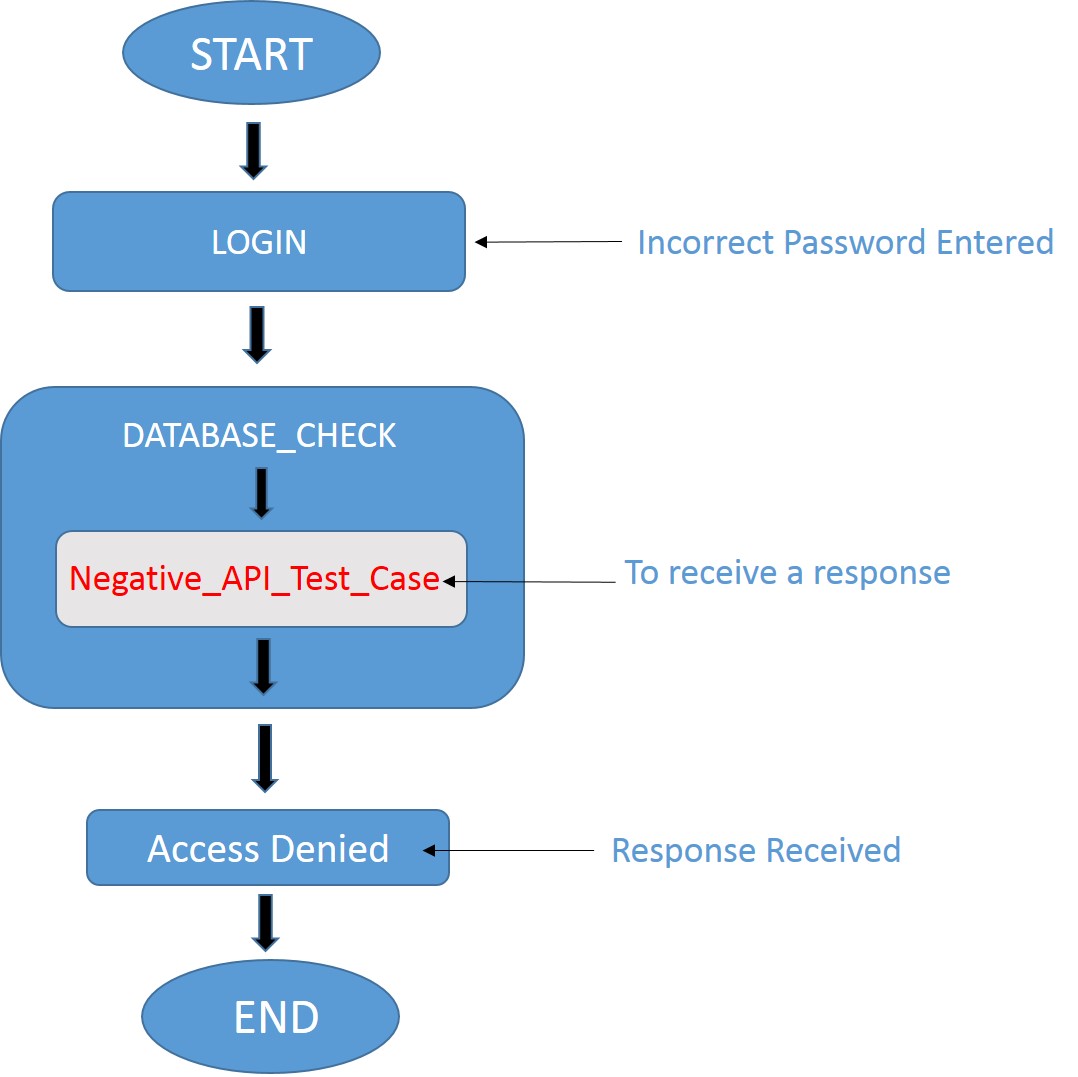 Well, this is a very basic level of creating negative API test cases. The real reason to create this kind of negative API code is to help us find the errors more easily than we would when compared to receiving no output or an uncertain output (as previously discussed).

Here, every automation engineer will be happy to see an error!

API security testing is nothing new to our software testing industry. It should not be underestimated. Sometimes, developers might skip implementing security constraints in the API.

Let’s test the user authenticity with an API call to fetch the data from the database.

Now, we need to trigger an API function with the incorrect content. I know this is surely going to give a database error. There are chances of getting application- or server- specific information leaked in that error message itself. If that happens, this will help us to identify the security vulnerabilities in the system. If we can get into the system through SQL injections, how about the hackers? 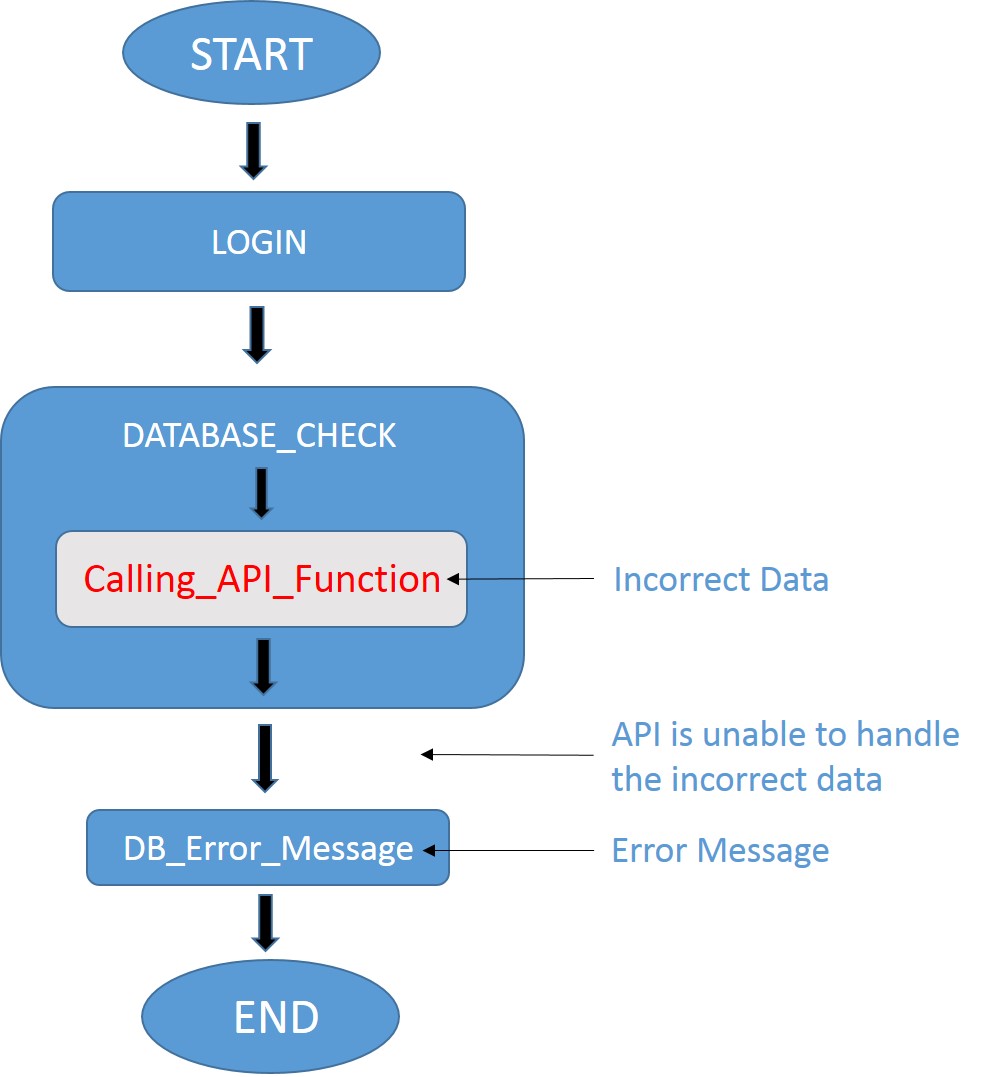 Let’s understand the API security testing with the above figure. Here, I have prepared an API function without embarking security constraints.

This database error will give you a lot of information about the database that has been used by the system, its version, and much more. Now, I believe you can understand how important is to employ security testing for APIs.

We would then ask our development team to improvise API security aspects.

Hence, we need to create tests that call the API functions without focusing on proper security rights. This is a very good practice to test the logic behind the security tests.

Likewise, for each API test, we need to measure the performance level. In order to do that, we would also need to answer the following questions:

This step to involve entry and exit points for the API tests to help determine the performance level of the tests. This will further help us in making decisions about upcoming test scheduling.

10. Schedule It Every Day

Every day when we log into our system, we can have the results of those tests and verify whether our API tests are showing any results. If those tests failed, we can check out the outputs and validate issues. If our API tests show some definite issues, give thanks to the time and efforts that you’ve put in.

API testing is quite crucial and it is highly required. The way our generation is moving towards Artificial Intelligence and IoT, there will soon be a higher demand for rigorous API testing. Thus, following these 10 powerful steps to kick-start your API testing along with having good API automation testing tools will help you cover more and more API testing requirements and deploy more secure, quality applications on time.

Which step do you find most interesting and necessary for API testing? Have you used any of the above steps in your routine API testing activities? Do share in the comments section below to help others, as well as myself.