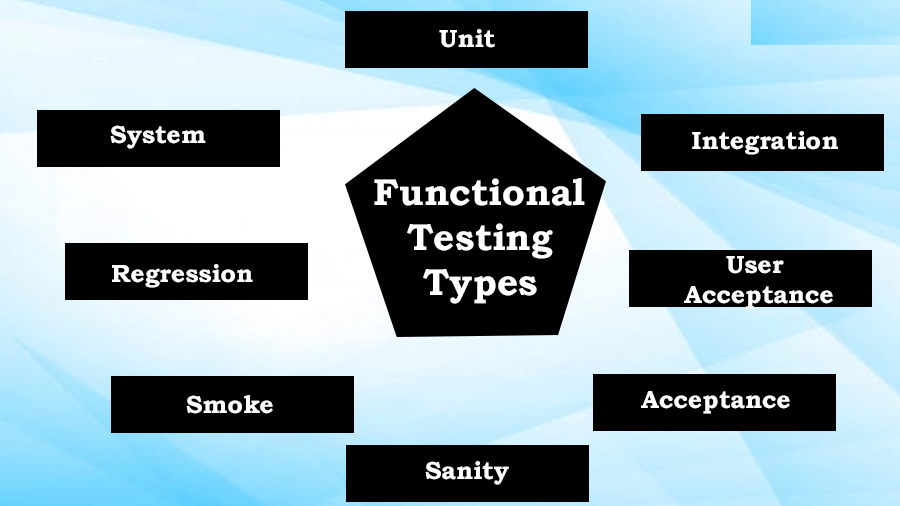 Unit testing ensures that every piece of code written in a segment produces the best results. Developers just look at the interface and the determination for a part during unit testing. It provides documentation of code progression because each unit of code is thoroughly tested before moving on to the next.

At least two unit-tested elements of the software are coordinated and tested to ensure that their communication is accurate.

Integration testing can be performed in three different ways:

All of the framework's components are connected, and the framework is tested for consistency and correctness against the required details (Functional or System).

It's a Black-Box testing approach that gives the green light to the coordinated system. In the STLC, it is always tested before the User Acceptance Testing (UAT) (Software Testing Life Cycle). System testing is carried out in a nearly real-world environment and in accordance with real-world usage.

It turns out that running the relapse test suite after specific upgrades or code updates by developers is critical. Relapse is rushed to ensure that these code modifications haven't impeded present working functionality or introduced any new flaws into the code. Regression experiments are a subset of current Functional Tests that cover the system's most important features. The application modifications should refresh, add, and remove regression cases.

Because they are run frequently and take time to execute, regression test cases are the greatest option for automation testing.

The regression test cases to be run might be selected in one of three ways:

Following the turn of events, when a new form is issued, Smoke Testing is performed on the application to ensure that all-important functionalities work from start to finish. Smoke testing is usually done for prototypes created during the early stages of development for an application that is not yet stable. During testing, if any significant usefulness isn't working as intended, that specific form is discarded. Designers must fix the bugs and create a new form for further testing.

Sanity stability tests are selected from the Regression Test suite and cover key application features. Sanity testing is performed on a new form designed by engineers for somewhat consistent use. When an application successfully passes the Sanity Testing, it is ready to move on to the next level of testing. It's not difficult to get mixed up between the smoke and reasonable soundness testing. Smoke Testing is used to test an underlying application after another form has been completed. Sanity Testing is done on a similar application after several deployments and anytime it has picked up soundness.

The acceptance of the application by the end-user is tested during Acceptance Testing. The goal of this testing is to guarantee that the built framework meets all of the requirements that were established following the formulation of the business requirements. It occurs shortly after System Testing and before the application's final arrival in reality. Acknowledgment testing serves as a foundation for the client to accept or reject the framework. It's a Black-Box testing technique since we're only interested in knowing how well the software is prepared for the market and real users.

User Acceptance Testing (UAT) is a sort of testing in which the end-user or customer verifies and accepts the software system before it is moved to the production environment. After functional, integration, and system testing, UAT is performed in the final step of testing.

Functional testing, in my opinion, is critical in transforming a client's understanding of customer demands into apps that meet those goals. The repercussions of releasing programs with significant functional flaws can be severe. Functional testing enables the delivery of a quality product when all of the above types of functional testing are conducted at the appropriate time during the development process.

Published at DZone with permission of Devangi Shah. See the original article here.