According to a recent report released by Statista, the number of applications available in the Google Play Store touched 3.5 million in December 2017. On the other hand, as of January 2017, 2.2 million apps were available on the Apple App Store. The figures indicate that mobile app marketing is no longer the "next big thing"; it is here to stay.

With the mobile apps market encompassing a wide variety of applications, users are surrounded by an extensive number of choices. Let’s quickly glance through some facts to understand the disruptive impact of mobile applications and the users’ response to it:

Let us now go through some case studies on mobile apps to get a sneak peek into the successful marketing strategies for mobile apps:

A UK based retailer

Multi-channel marketing ensures that enterprises can connect with their customers through a combination of indirect and direct communication channels. Argos set an ambitious target of meeting the needs of its customers through a wide range of channels. The British retail major wanted to deliver a multi-channel experience comprising 14 combinations of order and fulfillment.

The multi-channel experience encompassed a mobile-optimized website and applications for both Android and iOS devices. This meant that customers can start off their journey from one channel and can complete the same through another.

As a result, Argos.co.uk started registering 440m visitors per year. Its multi-channel sales comprised over 50% of the total sales. The company’s fastest-growing channel was Check and Reserve, where consumers had the option to reserve products available at the local store. A slice of 42% of total company sales was accounted from the internet. At the app front, their iPhone, iPad and Android applications recorded downloads exceeding 2.5 million, 450,000 and 625,000 times respectively.

2. A User-Friendly App that Exceeded Expectations

To provide customers with a quick and convenient shopping experience through a mobile application. ASDA specifically wanted to come up with an industry-leading app to drive sales, especially home shopping of grocery.

According to customer feedback, ASDA found out that customers wanted a simple and user-friendly mobile app. Based on the feedback, the company included a barcode scanner, a recipe finder, and a store locator.

Exceeding its objectives, their app accounted for 90% of all grocery sales. The shopping frequency from their mobile app was 1.8 times higher than their desktop site. Shoppers from their app are likely to become repeat customers.

Created by PopCap Games, Bejeweled is a top gaming app.

This is one of the best marketing case study examples where the company’s objective was to generate a campaign (using the #shinyplace hashtag) that would grow its user base, enhance brand engagement, and drive game lovers to download their gaming app. 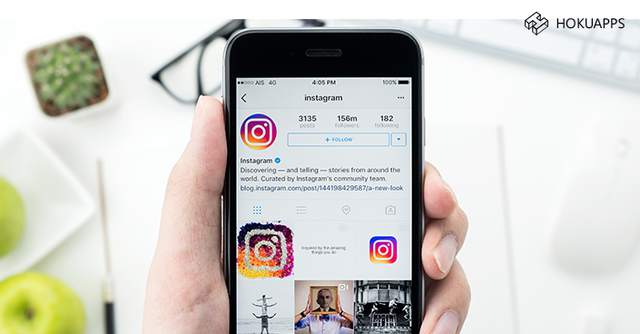 In order to create campaign awareness, the gaming app company got on board popular Instagram influencers. The "Instagrammers" shared photos of themselves playing the puzzle game using the hashtag #shinyplace.

After the campaign was launched, Bejeweled’s ranking in the U.S Apple App Store rose 520 places – from the 702nd positions to 182nd positions. It also climbed from 454 to the 135 rank on the Apple top-grossing U.S. iPhone games chart.

A leading privately held retail company with over 500 retail stores and gas stations across the globe.

The company had a widespread presence with over 6,000 employees. The organization wanted to eliminate paperwork and reduce operational costs as it had become impossible for their employees to compile and organize data from each store in a timely way.

The company switched to mobile with the launch of Cumberland Farms application specifically for their employees. The application consisted of forms Part Inventory, Parts Request, Guest Experience, and more.

The company successfully reduced paper costs by $11,000 per year and collected over 145,000 digital reports. They realized a full return on investment within the time frame of 6 months after deploying the solution for their field teams. Cumberland Farms has registered a recurring ROI of over $400,000 as a result of a tremendous increase in productivity.

A pharmaceutical company based in Belgium

To help psoriasis patients in understanding their health condition, especially the severity of psoriasis in a precise manner. The intention was to enable them to have an idea of when to seek professional assistance.

The company launched a mobile phone application that helped psoriasis patients to track the seriousness of their condition. The app index allowed medical professionals access the condition of psoriasis patients. JANSSEN (PSORIASIS 360) also came up with a Facebook page providing patients a platform to share their stories.

The Facebook page received more than 30,000 posts and comments from patients. The investment made for the mobile app development overachieved the return on investment. The company said that they were happy with the right therapy to the right patient during critical times was delivered.

6. An App with Something More for Foodies

A five-star hotel with over 4,000 properties spread across 80 countries worldwide

Marriott intended to distinguish its steak restaurant — Gillray’s Steakhouse & Bar — from their competitors and explore new possibilities through their mobile app.

The five-star giant opted to launch a mobile application. It provided interesting information related to steak and gin to the users, and also allowed them to book tables. Users could also access exclusive deals and updates through the app.

As a result of Marriott’s mobile move, the app registered a download of over 1,500 in 60 countries. It also had 27,000 screen views. More than 60% of the users returned to its application several times, each of them accessing 11 screens in every session on average.

A U.S. based restaurant with stores across the world

To help late-night customers in finding McDonald’s stores that remain open till late through a "restaurant finder" app. 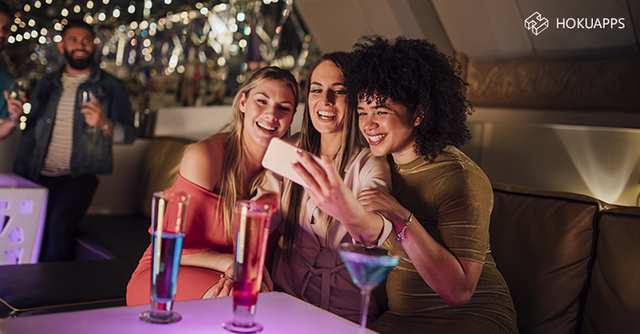 In order to direct their potential customers to the right store at the right time, the burger giant incorporated location-based technology into its app. Employing the geo-targeting capability, the company was able to deliver above-the-time messaging to their customers, intuitively guiding them to the nearest open outlet.

With a huge proportion of customers having a taste for late-night bites, the app had over 1,300,000 downloads. This campaign boosted sales and registered an ROI of 2:1.

8. An Intuitive App for Anesthesiologists

A U.S. based team of over 60 anesthesiologists offering care for 100,000 patients each year at 19 locations.

Providence Anesthesiology Associates (PAA) is a team of 60+ anesthesiologists providing care for over 100,000 patients each year across all the 19 locations in the country.

The app developed initially consisted of a dashboard that had the capability to cull out various internal resources required by clinicians and employees. This enabled the workforce to collaborate well and function more effectively as they could find all internal resources in one place.

The app helped to get access to all important documents at a centralized point. Information was drawn not only drawn from the internal cloud storage solution but also from internal mobile sites that comprised of data collection and surveys. The mobile application has now been adopted by all PAA physicians.

An American coffee company that has a presence in over 23,768 locations worldwide. Around 21% of Starbucks transactions are carried out through their mobile app, making it a good case study on mobile apps. 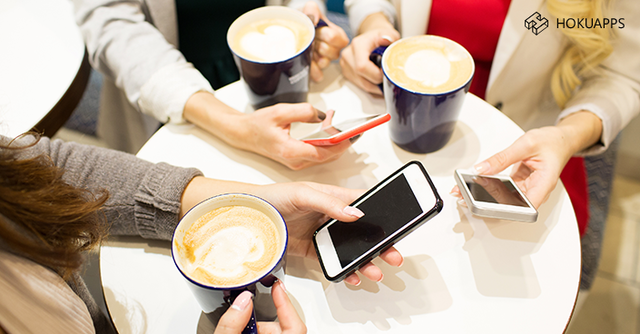 To stay on top of the mind of its audience and gather customer information for better service.

The coffee giant offers loyalty programs and special deals to its customers through their mobile app. Starbucks’ application scored high on the personalization scale, delivering relevant messages and notifications to the customer on a regular basis. Customers could also place their order and pay for it using the app.

With 11 million users signing up on the Starbucks mobile app, about 21% of transactions are done through the app. Due to the immense usage of their app across geographies, Starbucks is able to collect a wealth of anonymized data regarding the audience engagement. This helped the coffee major to deliver increasingly personalized the experience to customers through their mobile apps.

Mobile application case studies are the best way to understand how some marketing minds are implementing intelligence through mobile apps and mobile app development. So, what’s your mobile marketing strategy?