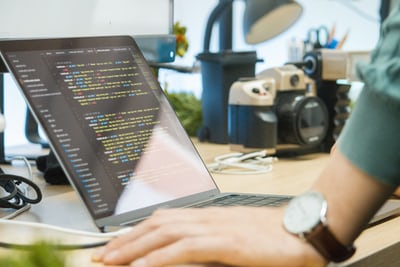 Let's discuss how you can use RateLimiter with Redis and Java.

RateLimiter is a Java class that helps regulate a program’s rate of execution. This could be highly useful for applications like Redis, an in-memory data structure store that can be used to build NoSQL databases.

However, Redis doesn’t include Java support out of the box. In this article, we’ll discuss how you can use RateLimiter with Redis and Java.

You may also like: [DZone Refcard] Getting Started With Redis

RateLimiter is a class from Guava, an open-source set of Java libraries mainly developed by engineers at Google.

An example of how to use RateLimiter is below:

When Should You Use RateLimiter?

The RateLimiter class is used to throttle processing rates in a high-concurrency system in order to avoid errors and performance issues.

Possible RateLimiter use cases include limiting the number of tasks executed per second, or capping a stream of data at a certain number of bytes per second.

RateLimiter for Java and Redis

As mentioned above, Redis does not include built-in compatibility with the Java programming language. However, Redis developers can gain access to Java classes and functionality, including RateLimiter, through third-party Redis Java clients such as Redisson.

RRateLimiter includes Async, Reactive, and RxJava2 interfaces. Note that RRateLimiter does not guarantee fairness, i.e. threads are not necessarily guaranteed a chance to fairly execute.

An example of how to use RRateLimiter is below:

[DZone Refcard] Getting Started With Redis