API stands for Application Programming Interface. Typically an API is used to facilitate the interaction between two different applications by using any means of communication. When APIs are used over web networks, we term them as "Web Services." In recent times APIs have become the backbone of programming. As in an application, writing APIs to communicate with a database or with another module has become a common practice now and that is why as a tester we must test the APIs to for maximum test coverage.

As a part of integration testing, API automation can help to accelerate the testing and increase efficiency. As most of the companies are using RESTful microservices/APIs at business layer, API testing has become a critical component of the test plan for any release.

In the simplest terms, API is a service which helps two different applications to communicate with each other. Most APIs are used to abstract the business logic and direct database access to any application.

Logically we can segregate the entire system into three layers: 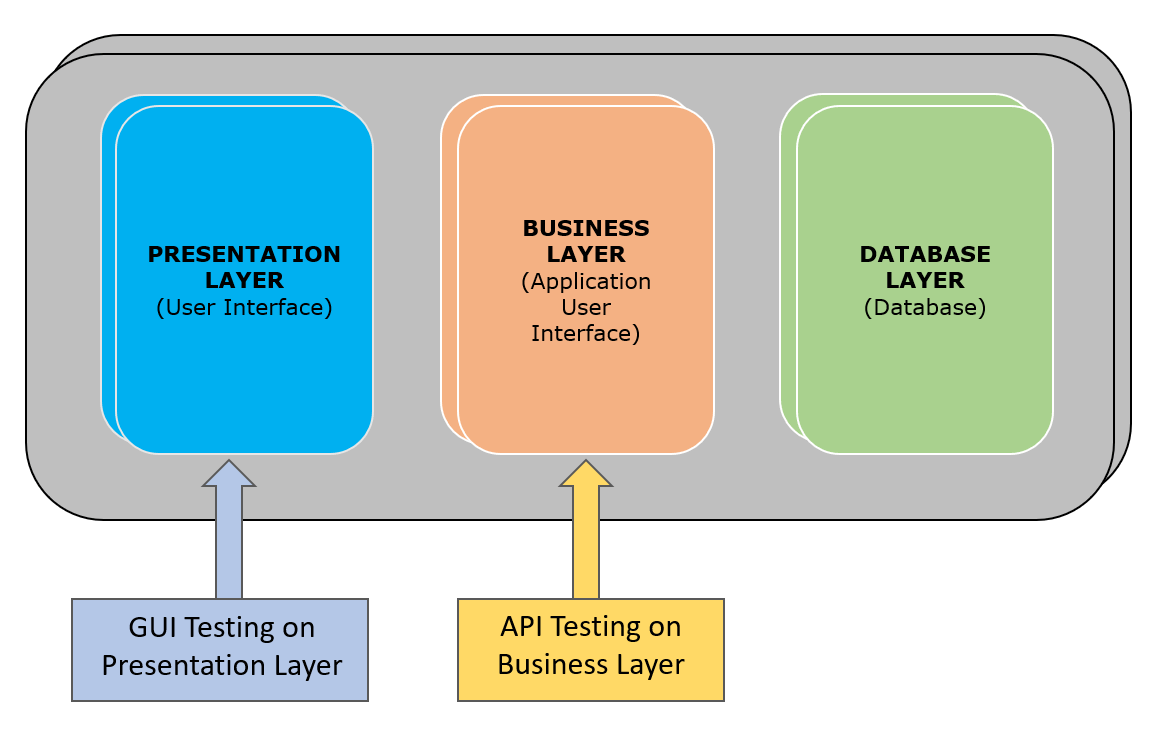 In other words, the API is the brain of our connected world. It is the set of tools, protocols, standards, and code that glues our digital world together. Because of their dynamic nature and capabilities they provide, APIs allow companies to become more Agile, things to go mobile, and everything to work together in a streamlined, integrated way. Therefore, API testing is testing APIs at the service level and the at the integration level.

While testing APIs, a tester should concentrate on using software to make API calls in order to receive an output before observing and logging the system’s response. Most importantly, tests that the API returns a correct response or output under varying conditions. This output is typically one of these three:

However, there also could be no output at all or something completely unpredicted occurs. This makes the tester’s role crucial to the application development process. And because APIs are the central hub of data for many applications, data-driven testing for APIs can help increase test coverage and accuracy.

API testing is one of the most challenging parts of the whole chain of software testing and QA testing because it works to assure that our digital lives run in an increasingly seamless and efficient manner. While developers tend to test only the functionalities they are working on, testers are in charge of testing both individual functionalities and a series or chain of functionalities, discovering how they work together from end to end.

First, identify what type of tests you need to perform on API. Like testers do different type of testing for features of their product, the same goes for APIs. Common testing of APIs includes:

If we talk about web services there are mainly two types of services or,  protocols-

REST –  REST stands for REpresentational State Transfer which is new on the block as compared to SOAP which means it must overcome all the problems with SOAP. REST is a lightweight protocol which uses URL for all the needed information. It uses four HTTP methods to perform task-

REST is more used now due to its simple and lightweight architecture.

SOAP stands for Simple Object Access Protocol. It uses XML for message exchanging. All the information which is required to perform this task is given in its WSDL which is Web Service Description Language. SOAP is heavy weight due to its extensive used standards and XML. The main advantages of SOAP over Rest is that it has built in error handling and it can be used with other protocols like SMTP.

Tools for API Testing and Automation

There are several tools to test the APIs. When a tester gets to test an API, they must ask for its document, whether it is a REST or SOAP API or its not-web based API there should always be a document where the details should be written. To approach API testing

We often need to automate the test cases which are repeatedly executed, like regression cases. Similarly, in the case of API testing, there might be some cases in which we need to execute before every release and those cases can be automated.

There are many tools for API automation which are quite popular:

I am taking an example to explain the steps followed for basic API functional testing, here I am using TruAPI tool provided by CloudQA.

To run API request you need to first select the Method Type and paste URL of the API. Press Send button to send the request to API or press Add API Test button to save the request: 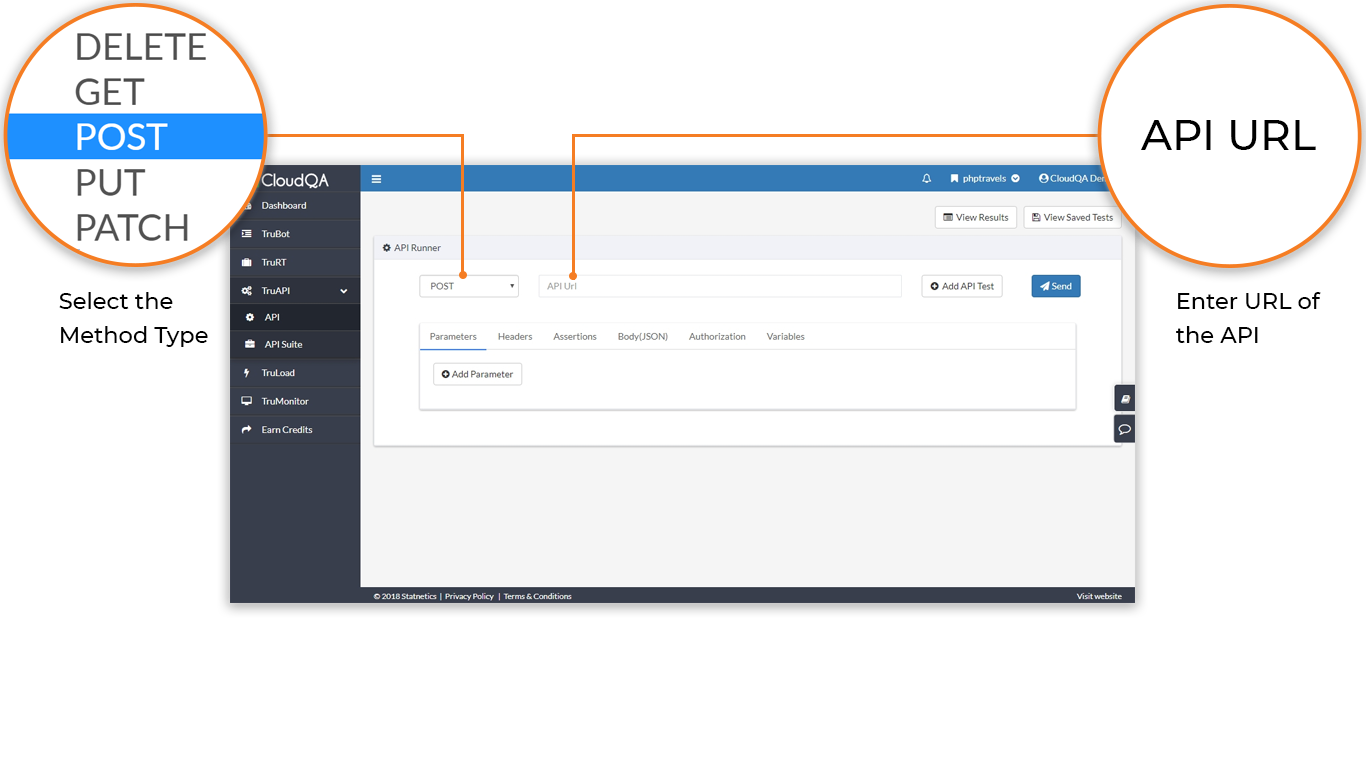 Information for the API Request

Sending an API Request with Authentication:

This is a single API execution and automation. For real-world scenarios, we often need to create API suite consisting all the regression test cases and run this as a part of regression testing. In Agile, it’s crucial to have a suit ready so that it can be integrated with CI and CD.