In this article, we will discuss the best coding practices that you can follow in your next project. These practices will make your code reusable, cleaner, efficient, and easily adaptable by another developer.

Here is a list of the coding best practices that we will cover today:

In most of the components, you'll have a state. While defining a new state, take time and think if you can combine multiple states into a single state. Let's understand this with the help of an example. Let's say you are working on a chocolate website and you have two types of sizes:

Default size: You will receive sizes from API.

Once the user has added custom sizes, he/she can proceed for checkout by selecting desired sizes. In the wrong coding practice, you can have three different states.

So you will have to define three different states:

Now you have to keep an eye on three different states and you'll need to keep them in sync. Let's look at scenarios where it will create a problem.

While displaying all sizes you have to loop through two states including APISizes and customSizes.
In selectedSizes we are storing only ids but for size information, we have to iterate over APISize and CustomSize. In good coding practice, you can define a single state as follow.

2. In Long Component Hierarchy Use useContext

In a long component hierarchy, useContext will provide cleaner and reusable code. Look at the following example:

We will pass these states from: 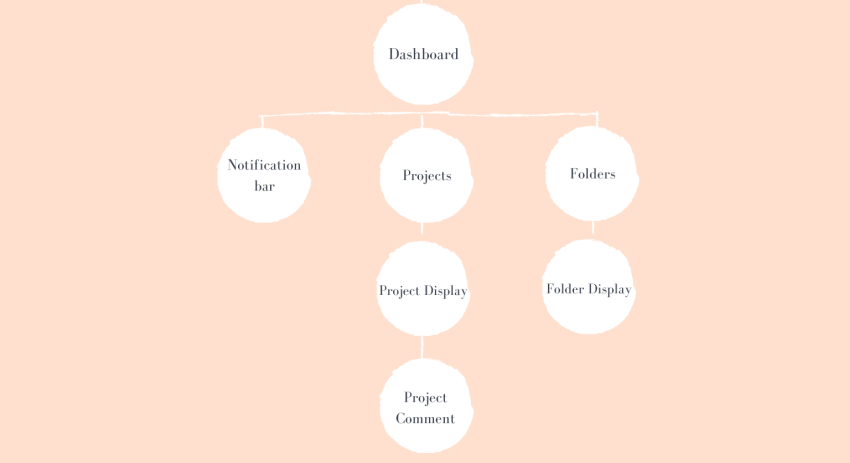 This becomes nastier as the number of states and the number of components grows. The solution to this problem is creating context. It will allow you to use state in any component. You will call context from the topmost component and all children will be able to use state.

If you don't know how context works, you can go through this article.

Keep a good eye on whether your props are dynamic or static. Other than static props, sometimes we pass redux state as props which don't help in reducing the number of renders at all. Passing redux state as props makes components difficult to reuse. We will understand this with help of an example.

In both cases, if you pass state as props from parent component (from profile to Image) or use useSelector inside child component (Image component), the React will re-render. A change in props causes re-render and change in the redux state also cause re-render.

5. Write a Function for a Repetitive Task

This seems to be a normal thing but keep a good eye on repetitive code. For example, you might be updating the same state in the same manner from 5 different components. In this case, create one function to update the state and use that function in all the components. Slow down while you write code and if you catch yourself writing the same code, again and again, it's time to write a common function instead.

I highly recommend creating a common function for the repetitive task. As more code you'll write, you will appreciate the time you have spent writing common functions. In the future, if you have any code change, there will be only one place to change code rather than going through all the components.

It will increase the line of code but it will reduce bundle size.

7. Use forEach Instead of Map

Let's understand this with an example. Let's say we have sizes object as follows:

On button click, we want to select all 'custom' category sizes. In this case, we want to modify the sizes object.

Map returns a new object so in updatedSizes, all 'personal' category sizes will be selected. Following are some of the variable-related practices that you can follow while coding.

That is all! I hope you enjoyed reading this post.
Coding (social sciences) Object (computer science) User information

Published at DZone with permission of Hitanshi Mehta. See the original article here.