This article contains a step-by-step guide on how to manage BPMN file versioning and avoid conflicts in Cawemo when multiple team members are working together. It will also help you to avoid overriding BPMN files while updating and tells you how to sync files between the repository and Cawemo.

Next, complete the following steps: 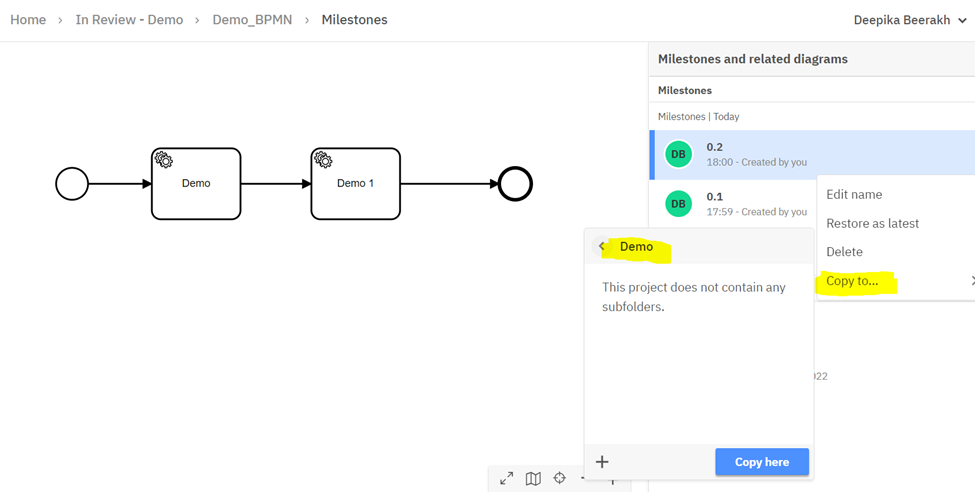 Alternative Way of Uploading the Updated BPMN Files to Cawemo and Versioning the Milestone: