Dialogflow from Google (earlier known as API.ai) is a great platform for developing chatbots for multiple platforms. Earlier when Dialogflow was known as API.ai, they had an Android and iOS client library to integrate chatbot into mobile apps. But after merging into Google, the existing library is not getting updated; rather we are seeing Dialogflow added to Google’s Cloud platform and a new Java-based client API is being developed. 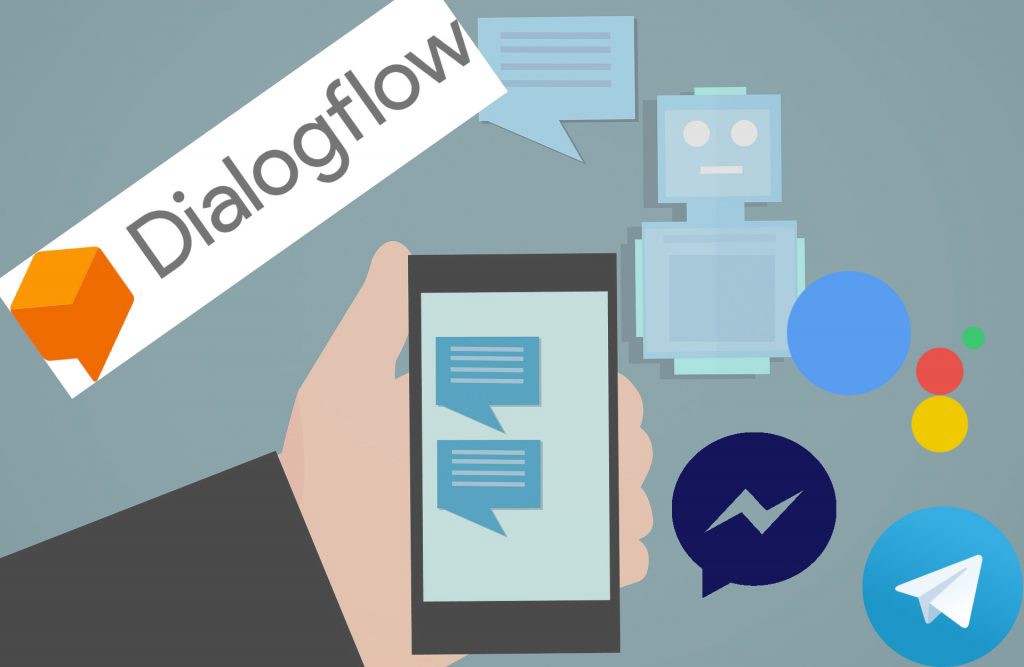 In this article, I will show you how you can integrate a chatbot developed in Dialogflow using the new Java client API.

1. First, we will create a Dialogflow Agent which we will name FirstActionApp. 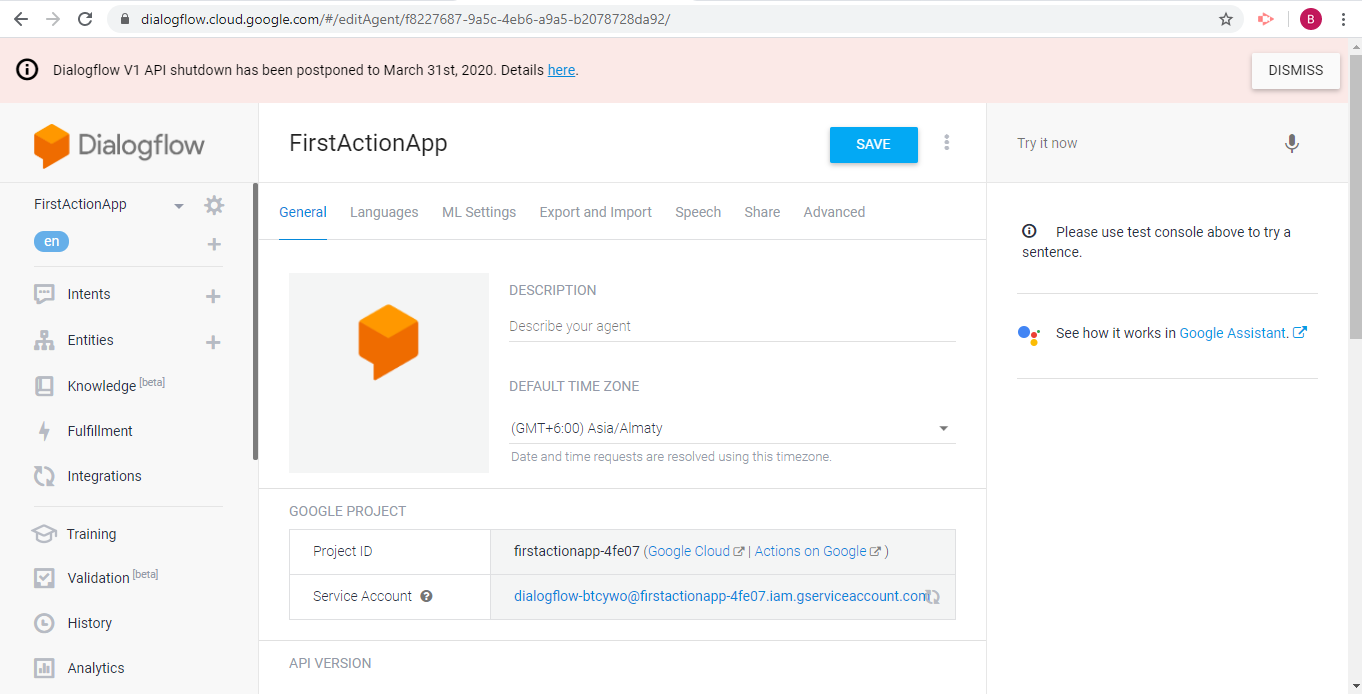 So we are creating a Dialogflow app with V2 API version. The service account in this image is used for creating credentials for the Java client API. 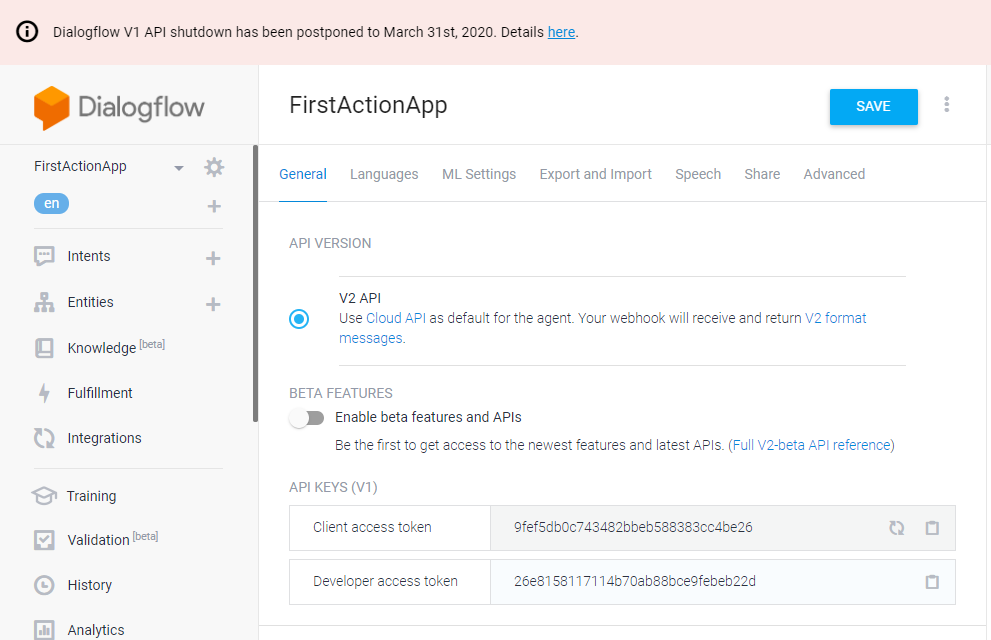 2. Now we will create the Intents and Entities to train the agent. 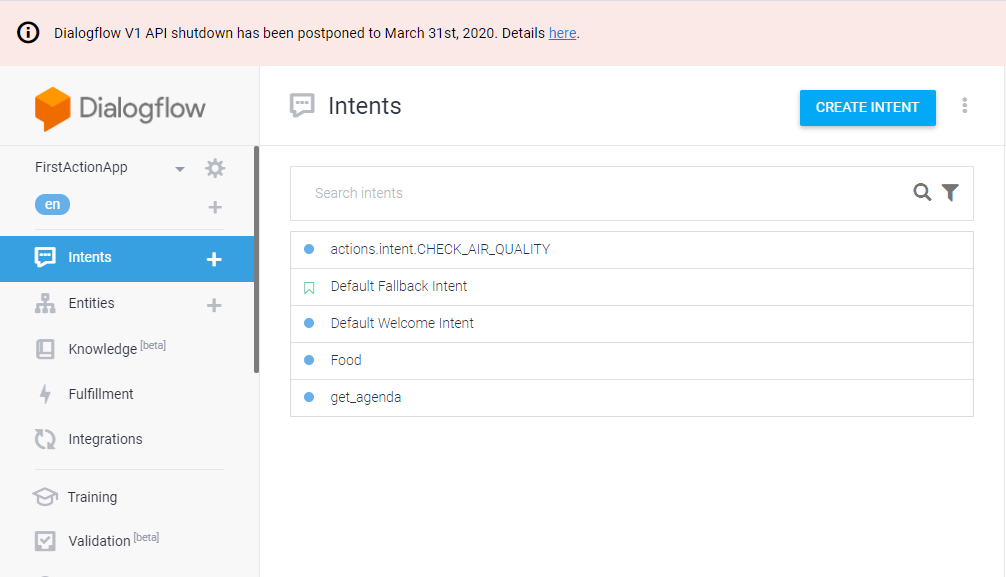 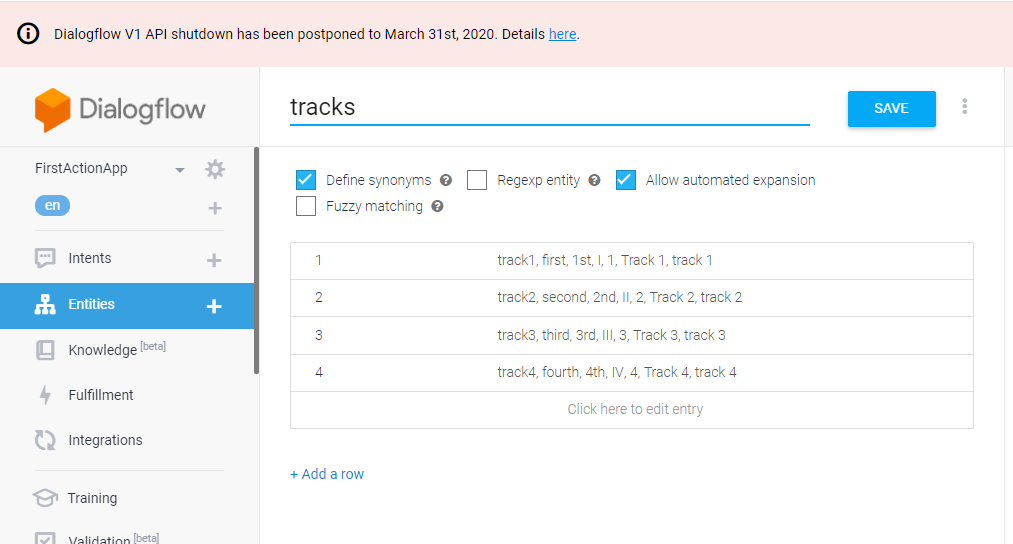 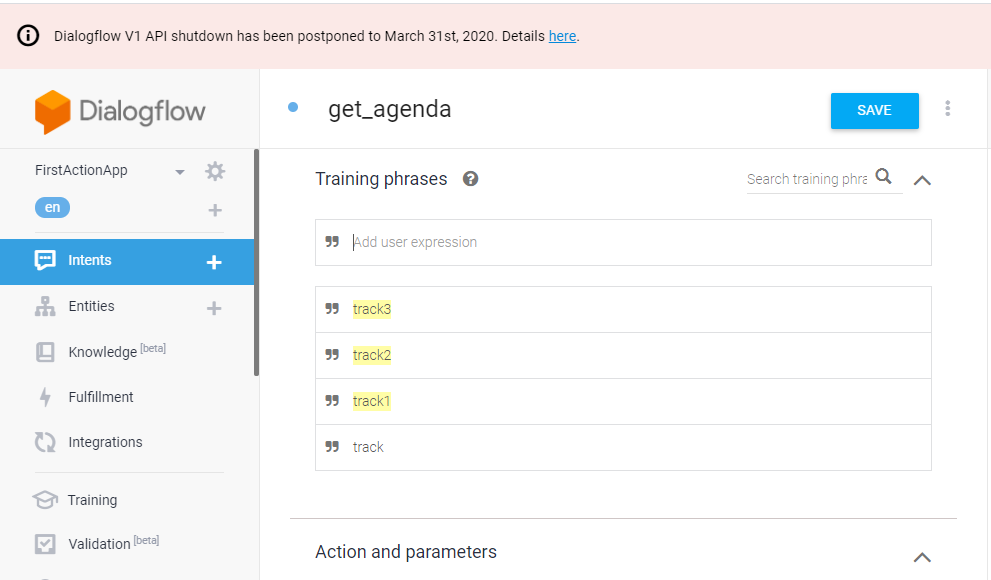 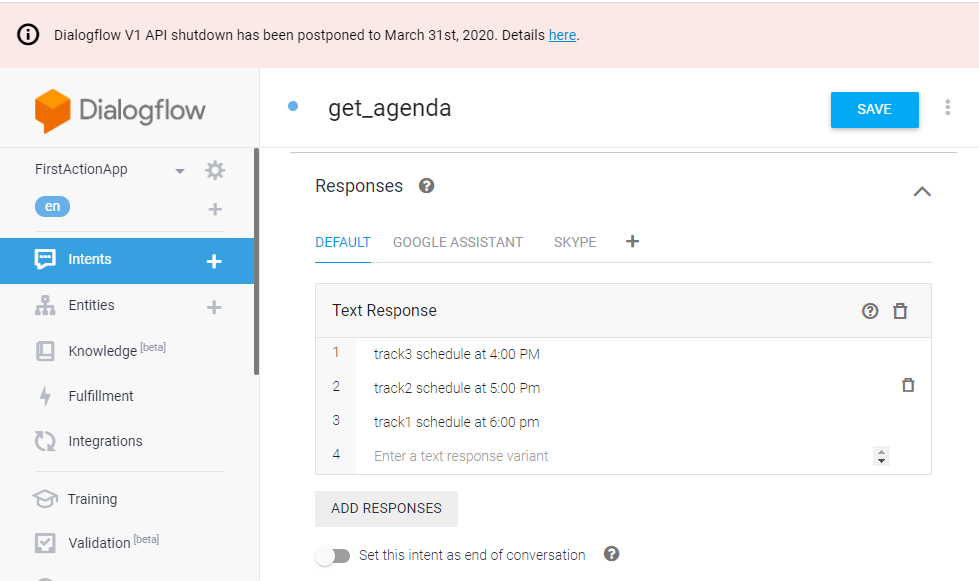 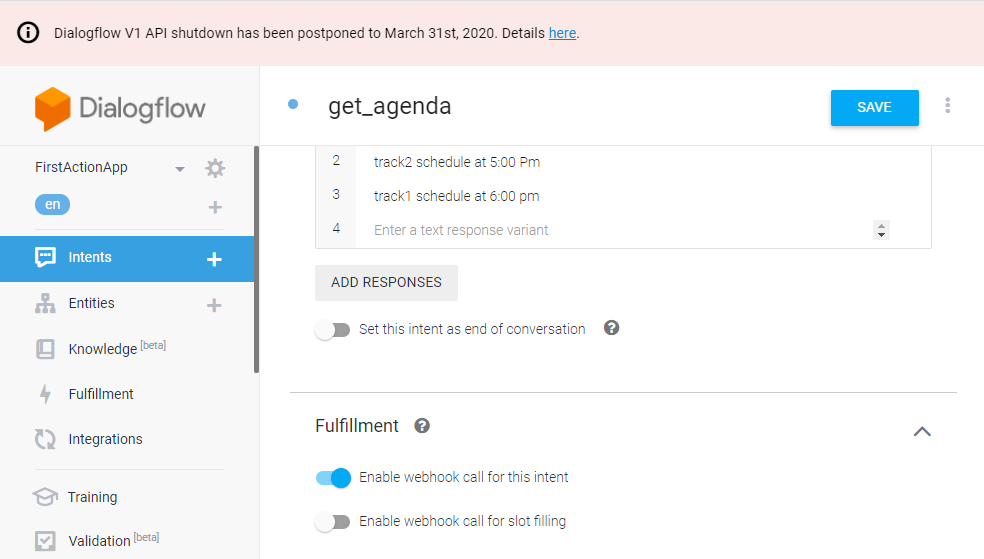 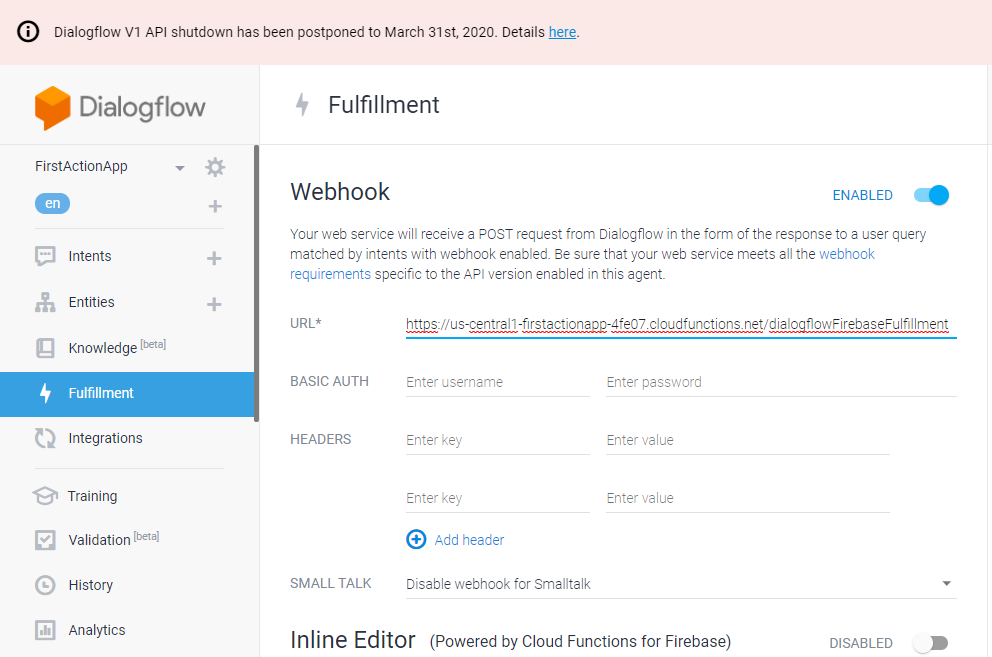 By default, your agent responds to a matched intent with a static response. If you're using one of the integrations options, you can provide a more dynamic response by using fulfillment. When you enable fulfillment for an intent, Dialogflow responds to that intent by calling a service that you define. For example, if an end-user wants to schedule a haircut on Friday, your service can check your database and respond to the end-user with availability information for Friday.

3. Create a cloud function fulfillment to handle the webhook request. Based on the detected track number, an appropriate response will be send to the user. 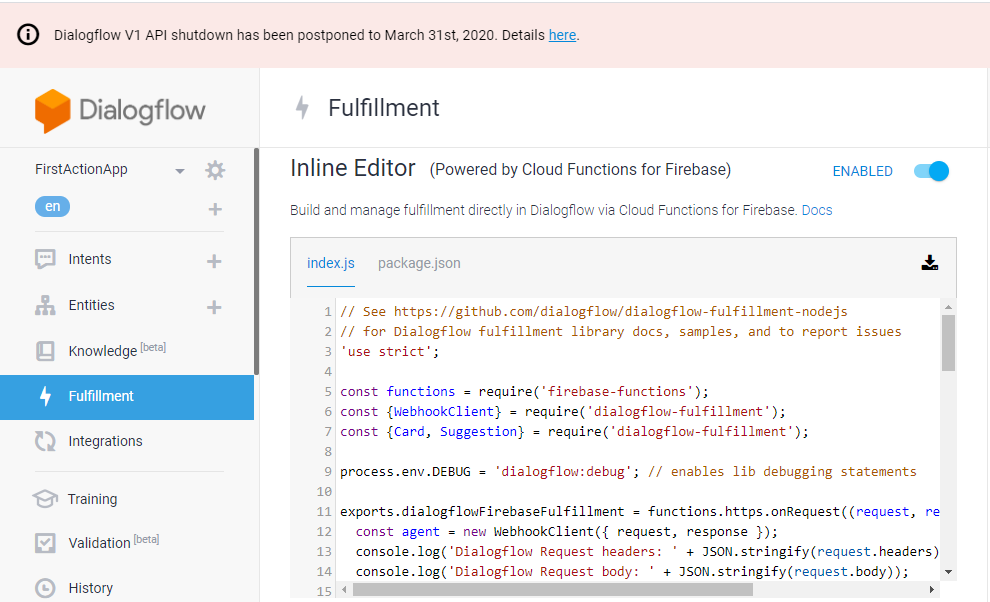 The Dialogflow Console has a built-in code editor, called the inline editor, that you can use to create fulfillment code and deploy the code to Clout functions for Firebase. The inline editor is intended for simple fulfillment testing and prototyping. Once you are ready to build a production application, you should create a webhook service.

4. Now our Agent is ready and we will now integrate it to the Android app. In the build.gradle(app), we will add the dependencies for both Android client library and Java client API as we will be developing for both.

5. The chatbot will be initiated in the onCreate method of the Android activity. We will first configure the Dialog Flow agent using either the Client Access Token or using the JSON key. Then a new session is created using the unique ID and then the bot is made ready to communicate with the user.

6. We will handle the communication with the chatbot in an Asynchronous way. This we will do in  AsyncTask where the request query from the user is send as a request to the chatbot and the response is captured.

7. The user can send a query from the Android app using EditText and the response will be shown in a TextView.