With a microservices architecture, this is no longer the case. A single service team is able to test their updates with real-world users.

Unlike a monolith, a microservices team is able to:

With these capabilities, a service team is able to not only conduct canary deployments, but run multiple different versions of their service for A/B testing, validating specific fixes, and so forth. The key to enabling these use cases is a Layer 7 reverse proxy.

A reverse proxy capable of managing Layer 7 traffic is necessary to support these capabilities. Incoming traffic is routed through the reverse proxy, which then routes traffic to different versions of a service.

In this example, we'll use the Envoy Proxy. Envoy is a very lightweight, high-performance proxy designed for modern microservices architectures. Configuring Envoy, however, is a complicated exercise given the breadth of its features. Thus we'll use Ambassador, which is an open source API Gateway built around Envoy. Ambassador integrates Kubernetes-native functionality (e.g., annotations) into Envoy.

The picture below illustrates how an end user sends traffic to an L7 reverse proxy, which can then route that traffic to different versions of the service depending on criteria. For example, the proxy could route between a stable 1.1 version and a canary 1.2 version based on a weighted round robin policy, while sending only authenticated developer requests to the development 1.3 version. 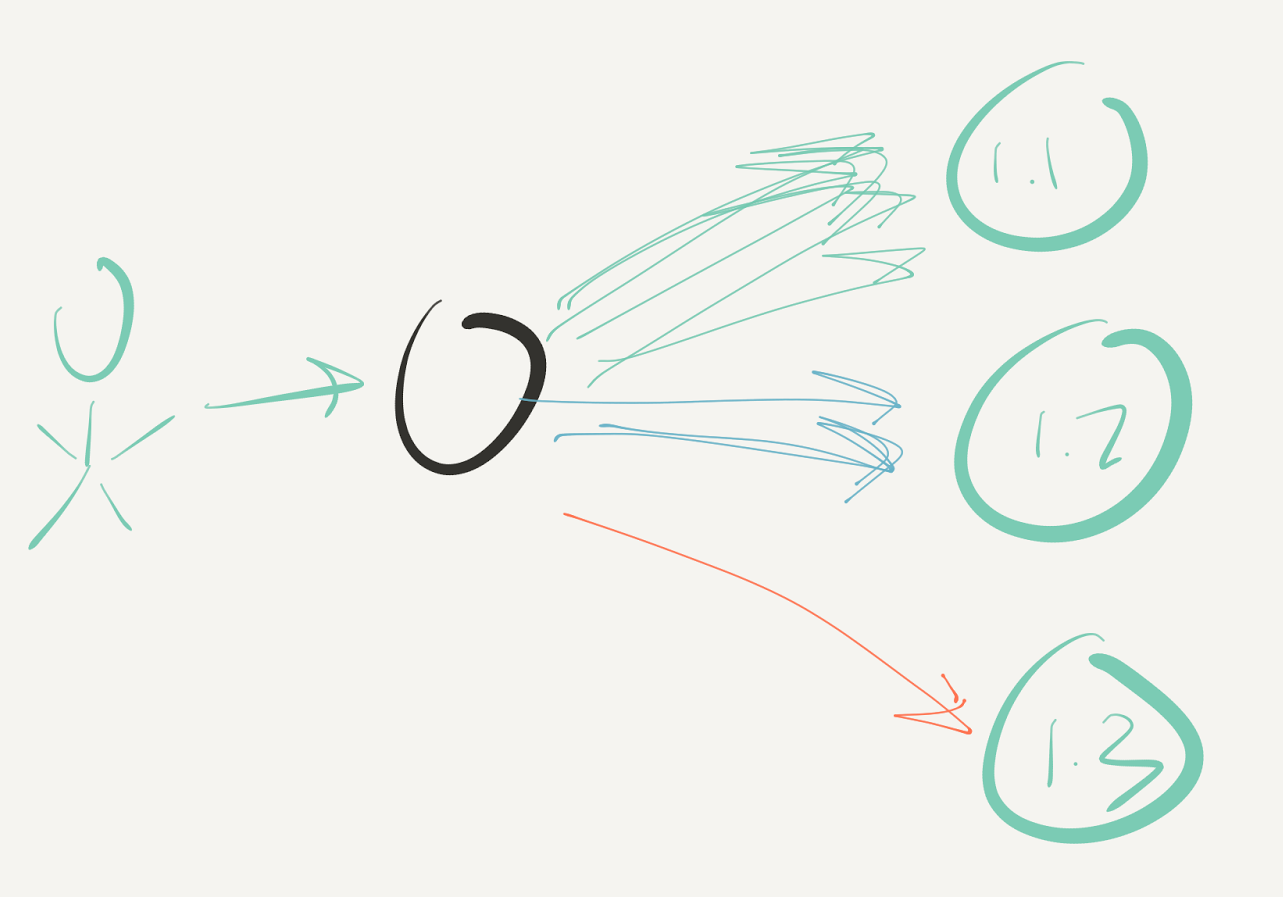 Ambassador is configured using Kubernetes annotations. We've already seen this dynamic configuration at work when we deployed a service that dynamically registered a URL with Ambassador. Now, we'll use that same workflow to configure Ambassador to route different percentages of traffic to two different versions of the service.

Sometimes your canary isn't working, and you want to roll back so that all your production traffic goes to the stable version. Rolling back is as simple as deleting the canary deployment.

Published at DZone with permission of Richard Li. See the original article here.