In early 70’s to send a secret message, both parties (sender and receiver) had to exchange the key to encrypt and decrypt the message. Exchanging the secret key may lead to compromising the security, as while exchange this key if someone intercepted the secret key then the interceptor can decrypt all messages. This problem is called the key exchange problem in computer science.

Diffie-Hellman Key Exchange provides a way of generating a shared key between two users in a way that communication does not reveal the secret key over a public network and some time the shared key also used for encrypting and decrypting the communication.

Let’s say we have two users, Alice and Bob. 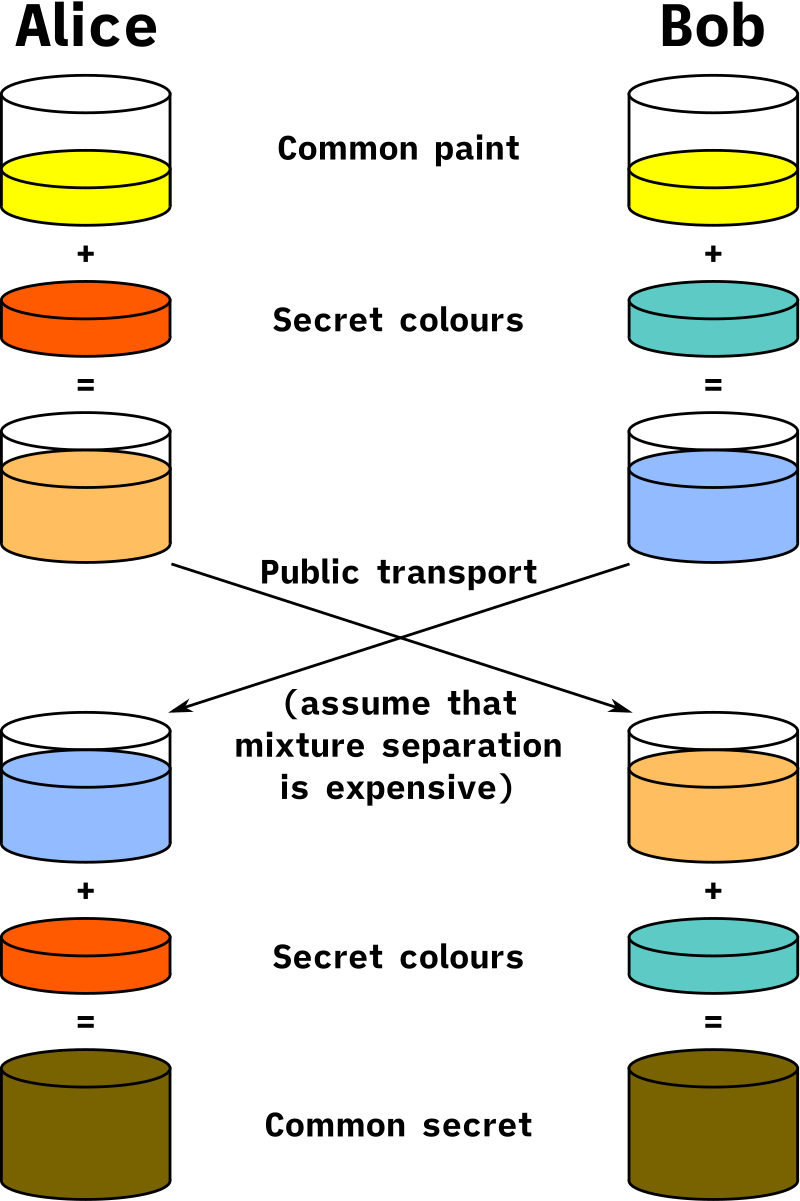 Diffie-Hellman Key Exchange is based on a similar concept, but it uses mathematics instead of color mixing.

The Math Behind the Diffie-Hellman Key Exchange

Diffie-Hellman uses modular exponentiation, which is also known as repeated sequence algorithm. For more information like how it works, refer to this link.

Let’s consider that there is a huge prime number, known to all participants, it’s public information. We call it “p,” or modulus.

There is also another public number called “g” or base, which is less than p which is the primitive root of “p.”

Similar to color mixing, Alice and Bob uses the below equation to mix their secret keys into public numbers:

After the exchange the A and B will verify using the below equation:

If we have A = ga mod p and B = gb mod p, we can calculate gab mod p, without revealing a or b (which are called secret exponents).

This Is How It Works

Diffie-Hellman Key Exchange algorithm is unaffected by sniffing attacks (data interception) but it is vulnerable to man-in-the-middle attacks (attacker secretly relays and possibly alters the communication between two parties).