Here I am with another article on design patterns — Facade Design Pattern. A Facade object is use to provide a simple interface by hiding complexities of a complex system. 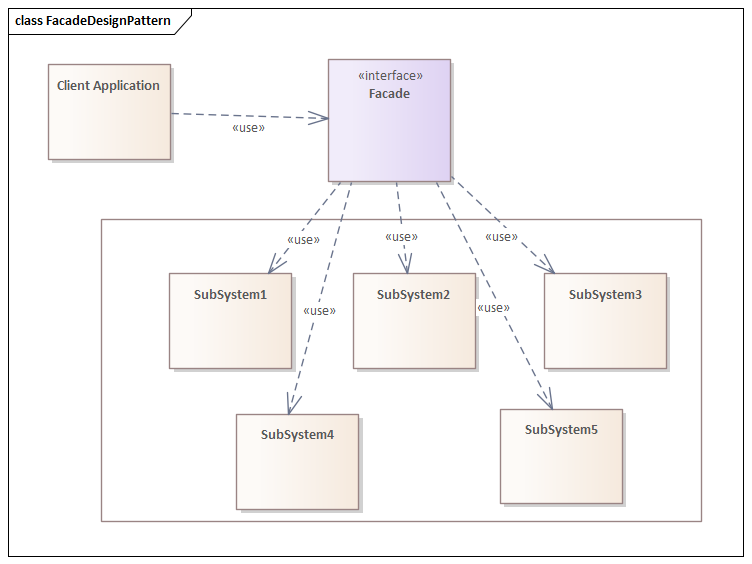 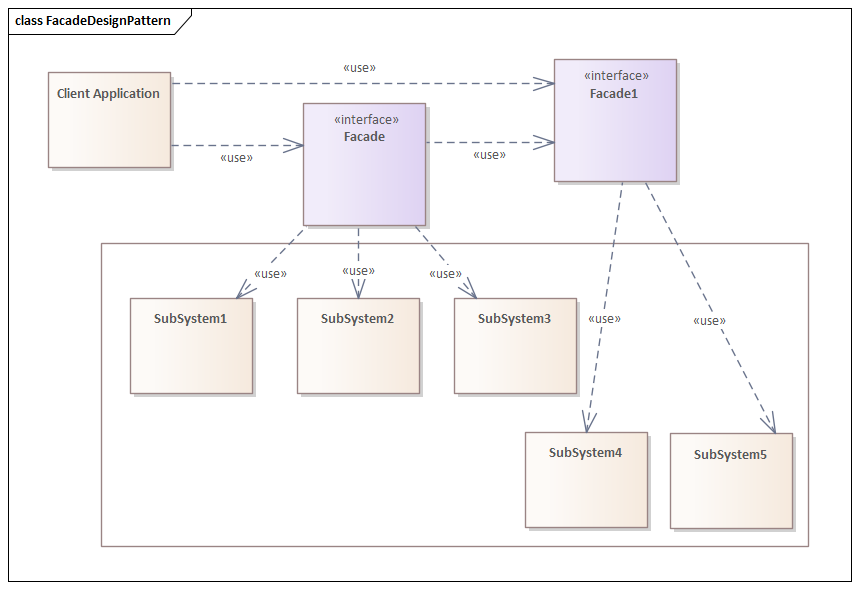 I hope we are now clear about what is Facade? To understand it more clearly and the use of Facade in our code, let's take an example of Home Appliance we normally have in our home.

For easier understanding of usage of Facade, I am here using the sample example application code what used in the Command Design Pattern. I only did some required changes and added the code for additional appliances and functionalities to make example more clear and interesting.

The example also help you to compare Facade with Command Design Pattern.

I have defined common operations like 'On' and 'Off' here.

I have added operations like 'Increase' and 'Decrease' speed here and its a sub-type of Appliance.

No additional operations since we already have 'On' and 'Off' defined.

Here, I have added code for operations like 'Sound-Mode' and 'Increase', 'Decrease' , 'Setting' volume and 'Mute'.

Here, I have added operation to set 'Temperature'.

Here, I have defined operations like 'Grilling On/Off', 'Pre-Heating' and 'Baking'.

Here I have defined 'Mode' like 'Party' for fast cooling and 'Normal' for normal cooling.

Here, I have defined operations to control light brightness by using 'dim' and 'bright'.

Now, when all the appliances are defined along with their operations, it's time to work on Facade Design Pattern. Suppose we like to a weekend-party at home with friends and family.  Since we have various appliances at home for entertainment and food, we we write a HomeFacade to define our 'Week-End Home Party' operations.

Here we have facade-methods to deal with

Now, its time to write our Main application to execute our HomeFacade and test the output:

Below is the output of the program:

I hope this tutorial demonstrates the use of facade design pattern.

Liked the article? Please don't forget to press that like button. Happy coding!