Garbage Collection in Java automatically allocates and deallocates memory, so that developers don’t need to write an explicit program to do memory management, which is one of the main advantages of Java programming.

Whenever a Java program runs on the JVM, the objects are created on the heap and are a portion of memory that is dedicated to the program. Eventually, some objects will no longer be needed. The garbage collector finds these unused objects and deletes them to free up memory.

Deallocation of memory can be described in 3 basic processes:

Deletion with Compacting — In addition to deleting unreferenced objects, it will compact the remaining the referenced objects by moving the objects together to make the
new memory allocation much easier and faster.

After a minor GC, when aged objects reach a certain age threshold(By default, modern JVMs threshold is set to 15 GC cycles) they are promoted from the young generation to the old generation. Objects that are long-lived are eventually moved from the Young Generation to the Old Generation. As minor GCs continue to occur, objects will continue to be promoted to the old generation space and it will start getting filled and a Major GC will occur. Major garbage collection will happen when the objects are garbage collected from the Old Generation. 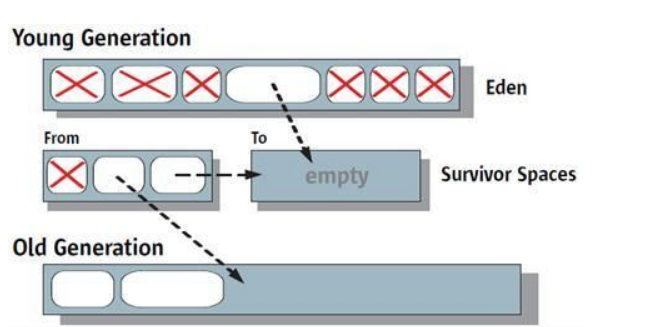 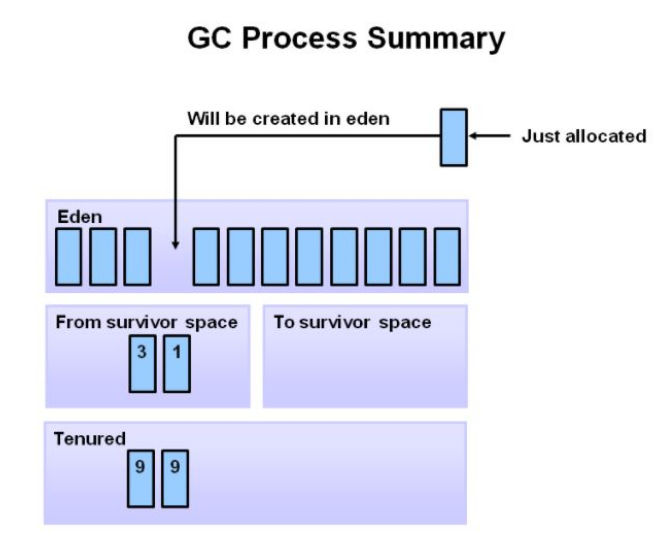 Full GC is cleaning the entire Heap — both Young and Old spaces. Many people get confused with Major (Only OLD generation) and Full GC (Young + OLD(Heap)). A FullGC involves promoting all live objects from the young generation to the OLD generation after collection and compaction of the old generation.  Full GC will be a Stop-the-World pause. Stop-the-World is making sure that new objects are not allocated and objects do not suddenly become unreachable while the collector is running.

To identify the Heap Memory usage using Jmap and Jstat: Please refer to the below article.

Please refer to below for Garbage collection: