in this post, we share our results from the experiment conducted by abstracta’s own santiago peraza and pablo barceló, in which the objective was to make a comparative benchmark between gatling and jmeter tools, in versions 2.2.2 and 3.0 respectively.

aim of the experiment

we wanted to answer these questions:

the experiment had only one variable: the tool. the rest we kept the same: infrastructure, test, load scenario, system under test, network, etc.

infrastructure for the test

to carry out the test, we decided that the best option was to use two machines, both connected to the same router through two ethernet connection cables and generate load by making requests from one to the other. for that, we installed in one of the pcs (laptop a) the microsoft iis software, which converts one pc into a web server, and we used the other pc (laptop b) as a load generator. the laptops had 6gb of ram and an intel core i5-5200u of 2.20ghz with two cores and four threads per core. 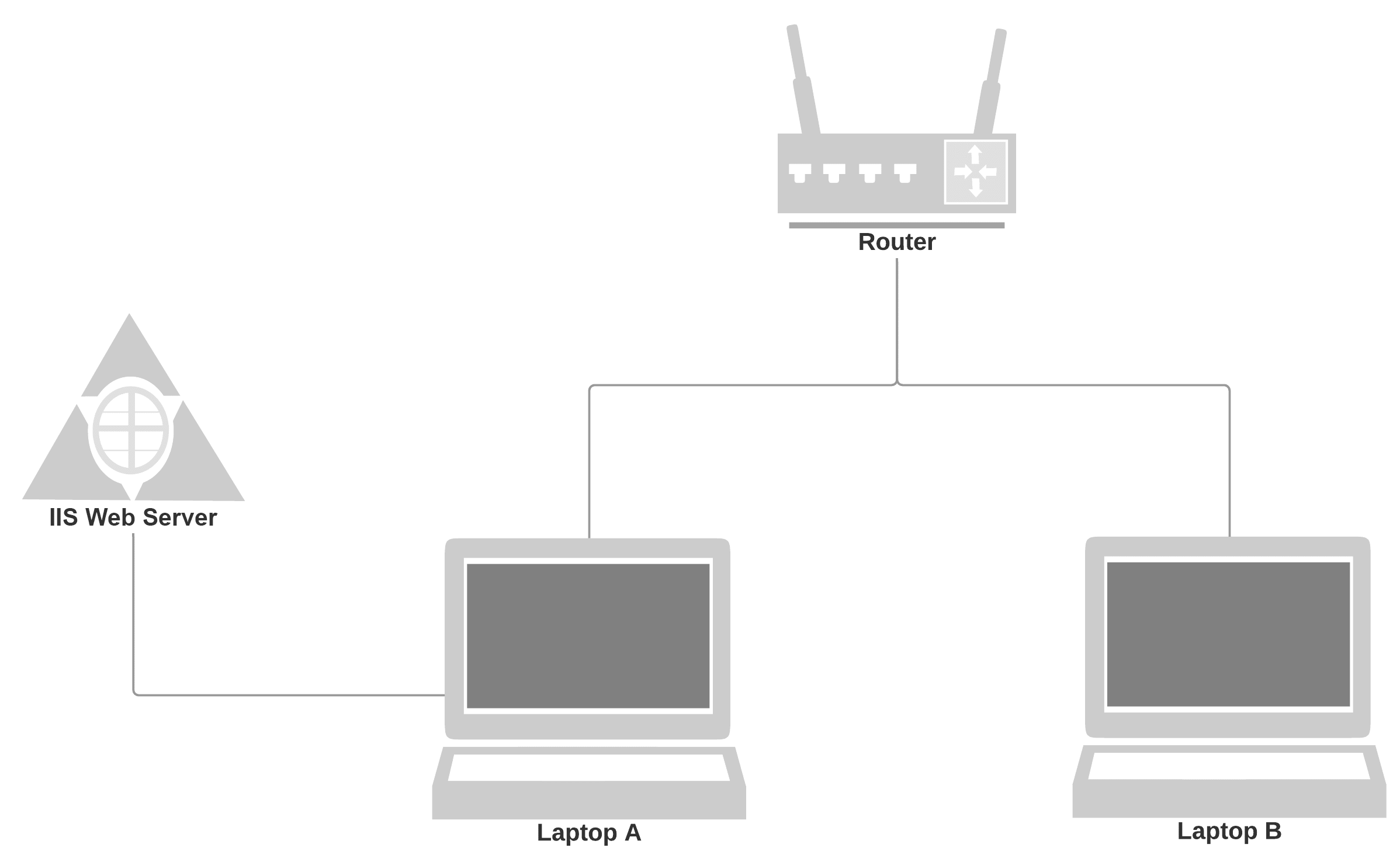 to make the comparison as fair as possible, it was necessary to take into account some factors that may affect performance, such as secondary orders, cookies, and cache. gatling handles cookies and cache by default. however, that is not so in the case of jmeter. therefore, it was necessary to configure the tools in the same way to avoid biased results.

at the moment of defining the test you can choose to use the cache management (in that case it is necessary to add an element of the type http cache manager in jmeter) or without handling the cache (in this case it is necessary to disable the handling of cache by gatling, adding the disablecaching line in the http protocol configuration). in our case, we chose to disable the handling of the cache in gatling in order to generate a greater load during the tests.

both gatling and jmeter do not invoke the default secondary requests, so in the gatling script, we included the inferhtmlresources line. in jmeter, we enabled the retrieve all embedded resources option of the http request.

we prepared the following scenario in both tools:

test scripts in gatling and jmeter

the scripts were very simple and both did the same thing. 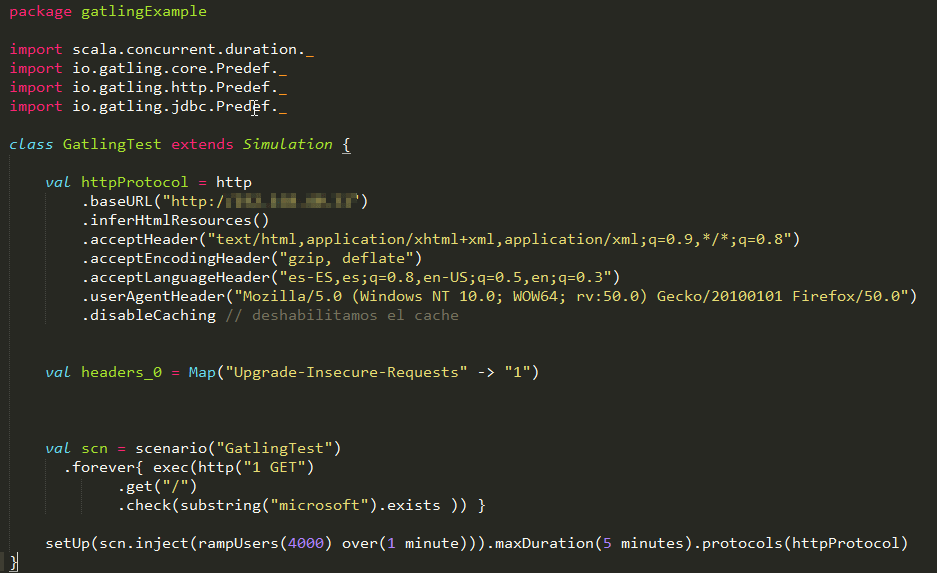 here are the results.

different handling of connections and threads

the first result was that jmeter handled connections differently, which made it necessary to make an adjustment at the operating system level in order to reach the same number of concurrent virtual users.

in a first instance with jmeter simulating 400 users, we observed connection errors (non-http response code: java.net.bindexception ). these errors are caused by limits at the operating system level. in particular, we were using windows where tcp and ip connections use the ports 1024-5000 output, so if many connections are generated in a short time, these ports become saturated. to avoid this problem, you must increase the number of ports available for connections by following the steps described on this page .

in turn, using gatling, we managed to run tests with up to 4,000 concurrent virtual users without encountering this problem. in order to find an explanation for why this limitation is present in one tool and not in the other, we did some further investigating, arriving at the hypothesis that the explanation is in how these tools handle connections:

related to the above, there is another interesting aspect that differentiates how each tool works with respect to the management of virtual users. in the case of jmeter, we have processes that make synchronous requests, and gatling handles an asynchronous process through the use of handlers. this octoperf article explains the differences quite clearly. both have the possibility to manage a pool of connections per user, which in the case of having several secondary orders, (something that didn’t happen in our experiment), they are done in parallel as the browsers usually do. in gatling this is the default configuration, with a maximum of six simultaneous connections; in jmeter, you have to specify it.

as we did not try to split hairs, we did not look for the exact amount of users before which it is saturated, the order is the same, there is no significant difference. with both tools, the load of 4,000 virtual users was generated, where we began to see that the http requests failed, which indicated that the results can not be trusted. this actually happened due to saturation as much as on the generator side as the server side, but by looking at the resources, the main saturation was observed on the laptop where the load generator was running.

although it seems absurd, the maximum number of virtual users that can be generated without reaching 100% cpu of the machine with which the load is generated is four. this is the same with both tools, and running five concurrently “eats up” 100% of the cpu during the whole test.

this is explained by the fact that they are requests one after another, without pauses between each and the responses are almost immediate, whereby each thread is constantly working. i expected a very different result in this regard, but that was how it turned out.

faced with 4k virtual users, there was a different use of resources

let’s look at the basic monitoring graphs produced on the laptop of the load generator to analyze the differences. first, the execution of jmeter marked in red:

then the execution with gatling marked in red:

in conclusion, while there is not much difference between the load supported by gatling and jmeter, the latter requires extra initial configuration and also uses about 30% more ram than gatling.