In September 2019, Graph Query Language is accepted as a new database query language standard in a vote by the International SQL Standards Committee, the unification of GQL takes time. 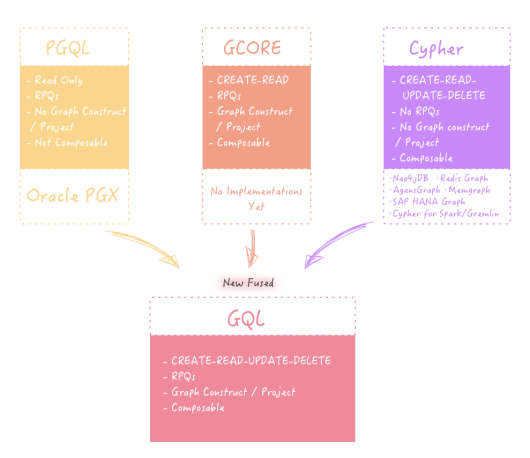 In this post, we've selected some mainstream graph query languages and compared the CRUD usage in these languages respectively.

Which Graph Query Languages to Be Compared 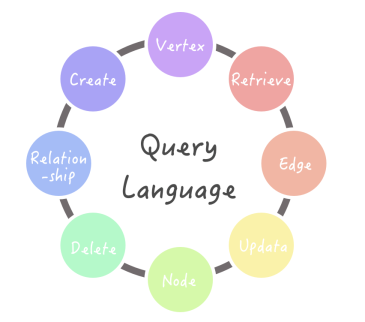 Gremlin is a graph traversal language developed by Apache TinkerPop and has been adopted by a lot of graph database solutions. It can be either declarative or imperative.

Gremlin is Groovy-based, but has many language variants that allow developers to write Gremlin queries natively in many modern programming languages such as Java, JavaScript, Python, Scala, Clojure and Groovy.

Cypher is a declarative graph query language that allows expressive and efficient data querying in a property graph.

The language was designed with the power and capability of SQL. The keywords of the Cypher language are not case sensitive, but attributes, labels, relationship types and variables are case sensitive.

Nebula Graph introduces its own query language, nGQL, which is a declarative, textual query language like SQL, but designed for graphs.

The keywords of the nGQL language are case sensitive and it support statement composition so that there's no need for statement embedding.

Before comparing the three graph query languages, let's take a look at their terms and concepts first. The table below explains how these languages define nodes and edges:

After understanding the common terms in Gremlin, Cypher, and nGQL, let's take a look at the general syntax of these graph query languages.

This section will walk you through the basic CRUD syntax for Gremlin, Cypher and nGQL respectively.

We all know that graph consists of nodes and edges. A node in Cypher is called a vertex in Gremlin and nGQL. And an edge is the connection among two nodes.

Refer to the following example on inserting new vertex in these query languages respectively.

The nodes/vertices can have types. They are called labels in Gremlin and Cypher , and tags in nGQL. 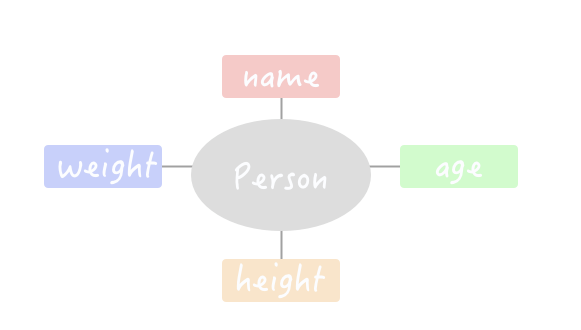 Refer to the following example on vertex type creation. We omitted Cypher since you don't need a label before inserting data.

Note that Gremlin and nGQL both support IF NOT EXISTS. This keyword automatically detects if the corresponding vertex type exists. If it does not exist, a new one is created. Otherwise, no vertex type is created.

When the vertex types are created, you can show them with the following queries. They will list all the labels/tags rather than certain labels/tags.

This section shows you how to update properties for vertex.

Both Cypher and nGQL use keyword SET to set the vertex type, except that the UPDATE keyword is added in nGQL to identify the operation. The operation of Gremlin is similar to the above-mentioned fetching vertex, except that it adds operations for changing property.

This section introduces the basic CRUD operations on edges.

Inserting an edge is similar to inserting vertices. Cypher uses -[]-> and and nGQL uses -> to represent edges respectively. Gremlin uses the keyword to() to indicate edge direction.

Edges are by default directed in the three languages. The chart on the left below is a directed edge while the one on the right is an undirected edge.

In addition to the common CRUD on vertices and edges, we will also show you some combined queries in the three graph query languages.

If the edge direction is irrelevant (either direction is acceptable), Gremlin uses bothE(), Cypher use -[]-, and nGQL use keyword BIDIRECT .

This section introduces some demonstration queries.

Demo Model: The Graphs of Gods

The examples in this section make extensive use of the toy graph distributed with Janus Graph called The Graphs of Gods, as diagrammed below.

This example describes the relationships between the beings and places of the Roman pantheon. 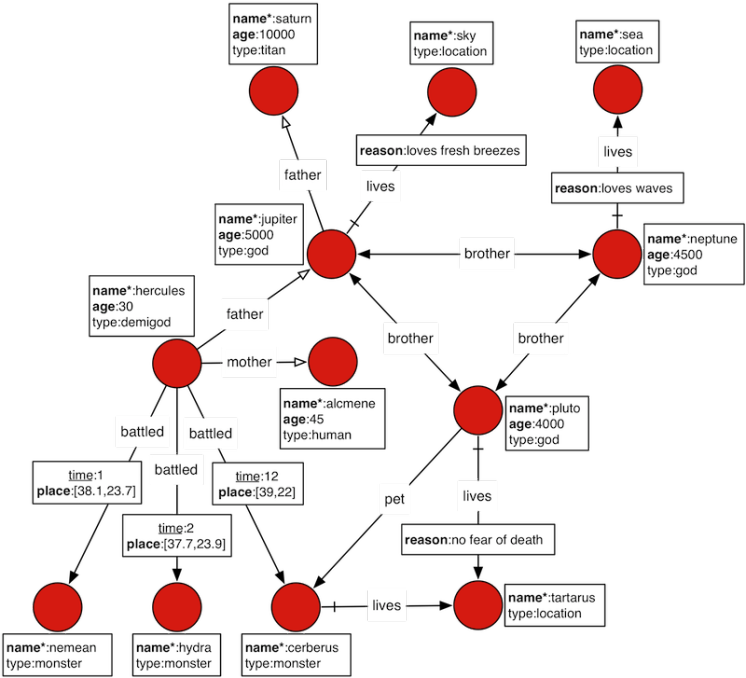 Finding the Name of Hercules's Father

Finding the Name of Hercules's Grandfather

Find the Characters With Age > 100

Find Who Are Pluto's Cohabitants, Excluding Pluto Himself