Spring is one of the most popular and reliable frameworks available for Java developers. Upon its core, many modules were implemented, like Spring MVC, Spring Security, Spring Data, and so on. In this article, we will see how to use Spring Session (one of these Spring modules) to scale JavaServer Faces (JSF) applications horizontally.

Before diving into how we use Spring Session to scale JavaServer Faces (JSF) applications, let's do a quick review on the differences between scaling applications vertically and horizontally.

Scaling an application vertically means adding more power to the machine that hosts the application. For example, let's say that we have an application running on a t2.medium instance on AWS (which has 2 virtual cores and 4GiBs of RAM) that is having a hard time processing all requests. To scale this application vertically would mean choosing a more powerful instance, with more resources, to host it (for example, using a t2.xlarge instance that has four virtual cores and 16GiBs of RAM).

This approach has one good advantage but three extremely important disadvantages. The upside is that it is very easy to scale. It's just a matter of deploying the application to the new instance and we are good to go. The downside list is:

Horizontal scalability, on the other hand, means adding more hosts to support an application. In the example above, instead of choosing a new instance type, we could create a second t2.medium instance and load balance requests) between them.

As we can see, although scaling applications vertically mighty be easier, scaling them horizontally is much more interesting and improves the reliability of our system. That's why in this article, we will see how we can use Spring Session to scale JSF applications horizontally.

What Is Spring Session?

Spring Session is a module of the Spring Framework that aims to provide a common infrastructure for managing clustered sessions. This means that Spring Session abstracts the complexity of clustering HTTP sessions, making it easy to host applications scaled horizontally. Basically, what this module does is offload the storage of the session state into external session stores (for example, Redis or a regular database such as PostgreSQL).

The JSF application in this repository is not configured with Spring Session. After building the application and running it on Docker, we are going to make the adjustments needed to tie these two instances together with Spring Session. To seamlessly integrate these instances, making them look like a single application, we are going to use a dockerized NGINX instance configured as a load balancer.

To summarize, we are going to:

To start, let's clone this repository. The JSF application inside this repository contains only a data table that lists products and that accepts drag & drop commands to reorder the items.

The list of products is instantiated in memory when a user access the application for the first time. When the user drags and drops an item, the new order is kept for the whole duration of the session. Different users can have different orders, as the reordering occurs inside an HTTP session. But for the same user, no matter how many tabs of the application are opened on a web browser, the order will be always the same.

Every time a user reorders the data table, JSF shows a message distinguishing which instance of the application handled the request. Before using Spring Session and tying the two instances together, this message won't have that much value. But, when we have every piece in place, we will be able to see that different instances will act in the same HTTP session.

Enough talking, let's get our hands dirty. To clone the application and to run it in two different dockerized instances, let's issue the following commands:

After issuing the three commands above, we will have our JSF application ready to run. You might want to run it on your own machine before dockerizing it. This step is not needed, but it is good to see the application before putting it inside a Docker instance. To do that, issue java -jar target/spring-session-0.1-SNAPSHOT.jar and open http://localhost:8080/index.jsf in your web browser. Note that if you do run the application now and try to reorder the data table, you will see a message saying Request handled by: default title. When we dockerize this application, we will give different titles to both instances.

Now that we have our application compiled and packaged, we can proceed with the dockerizing step. The process of dockerizing a Spring Boot application (the JSF application in this repo is based on Spring Boot) is quite simple. We just need to generate a Docker image with a JDK, add the packaged application to this image and then run it. You will find the Dockerfile with all these commands in the root directory of our application, but I show its contents below as well:

The first line defines that the image will be generated from an image that contains JDK 1.8. After that we define a volume and add the packaged application to the image. The last command in this Dockerfile executes the JSF application.

To build and run the two dockerized instances of the JSF application, let's issue the following command from the root directory:

The first command builds the image naming it as without-spring-session to easily identify that it is an image with no Spring Session configured. After that we run two instances of this image. We define that the first instance being run will have its port 8080 tied to port 8081 in our development machine. And the second instance will have port 8080 tied to port 8082. Note that we also define distinct values to the environment variable named APPLICATION_TITLE. This is the title that the JSF application shows in the Request handled by message when reordering the data table.

By opening http://localhost:8081/index.jsf on a tab of our web browser and http://localhost:8082/index.jsf on another tab, we can see that we have two distinct applications running apart. They do not share a common state (i.e. an HTTP session). This means that if we reorder the data table on instance number one, nothing will happen with instance number two. We can refresh the page an check that the second tab will have the data table unaltered.

Integrating Spring Boot with Spring Session is very easy. We have to take only four small steps. The first one is to add two dependencies to our project: Spring Session and an external session store (we will use Redis in this article). To add these dependencies, let's open the pom.xml file and add the following elements to the <dependencies/> element:

After that, we need to tell our Application that we are going to use Spring Session with Redis to manage HTTP sessions. We do this by adding the @EnableRedisHttpSession annotation to the Application class.

Since HTTP session will be handled by an external session store (Redis), we will need to add the Serializable interface to everything that gets added to users' sessions— this interface tells the JVM that the classes that use it are subject to serialization over the network, to disk, etc. In this case, we have to update only the Product class.

Last step is to configure the Spring Session connection to Redis. This is done by adding the following properties to the application.properties file:

The properties above point to a Redis instance running on localhost:6379, which doesn't exist yet. We will tackle that now.

As we don't want to install Redis on our development machine, we are going to use Docker to run it. To do that we are going to create a Dockerfile in a new directory called ./redis. The contents of this file will be:

The file above starts by defining the official Redis image as the base for our own image, and then define secret as the password for connecting to Redis. To build and run this image, we can issue the following commands:

Note that the first command below removes the two instances created before. This is needed to release ports 8081 and 8082 on our development machine.

After executing these commands, the last step that we will need to perform to tie everything together is to create an NGINX instance that behaves as a load balancer.

The nginx.conf file configures NGINX to act as a load balancer that uses the round-robin algorithm to distribute HTTP requests between instances. As we can see through the contents below, this file defines an upstream that contains both instances, and then defines that any request should be redirected to one of these instances. By not explicitly defining any strategy in the upstreamproperty, NGINX uses the default one (round-robin).

To build and run the NGINX load balancer image, we can issue the following commands:

And Voila! We got our JSF application horizontally scaled with Spring Session handling HTTP sessions with the help of Redis. Now, whenever we issue an HTTP request to http://localhost:8080, we may get an answer from one instance or another. Just load this URL in your web browser and reorder the data table a few times. You will see that sometimes one instance of our application will respond to the reordering event, sometimes the other instance will. 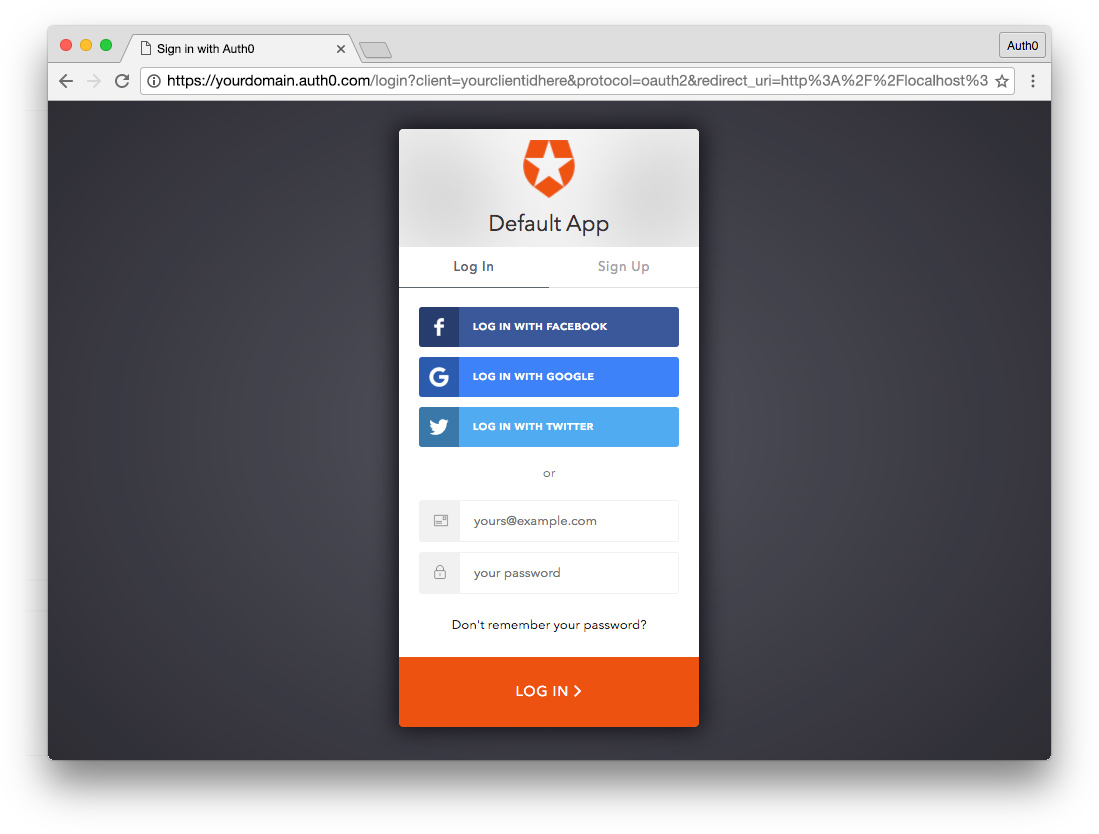 If you need to implement a robust, highly customizable identity and access management system quickly and easily for your Spring Boot application, Auth0 can help. Take a look at Securing Spring Boot with JWTs to properly secure your application.

Using Spring Session to handle HTTP sessions is an easy task. Spring Boot makes it even easier, requiring just a few small steps to configure everything in an application. The problem is that this kind of architecture is not frequently used and that there are few resources that teach us how to integrate all the moving pieces together. I hope that, by making this article available, Java developers that use Spring and mainly those that use JSF (which heavily depends on HTTP session) will be able to scale their application without struggling so much.