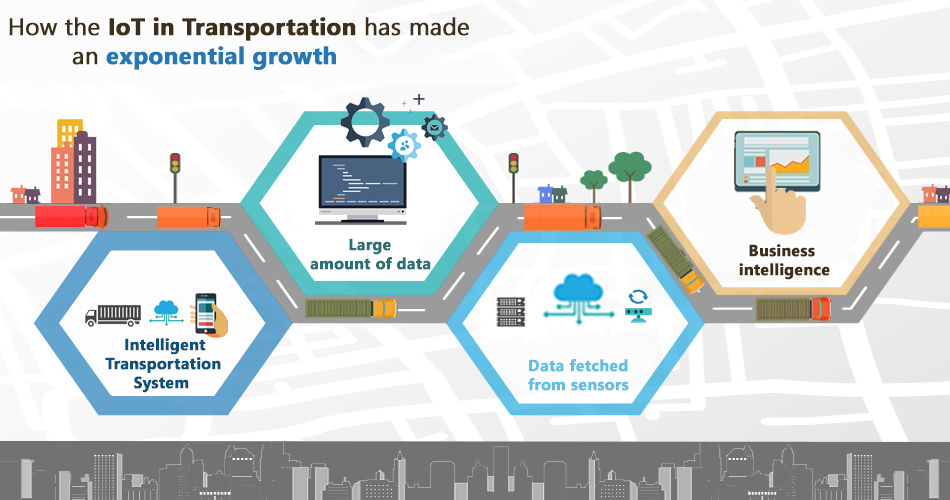 What Is an Intelligent Transportation System (ITS)?

The European Telecommunication Standards Institute states that intelligent transport systems are those which include telematics and all types of communication between vehicles, in vehicles, and between vehicles and fixed locations. Moreover, ITS is used not only in road transport but also in rail, water, and air transport. The Integrated System is quite capable enough of consuming a large amount of data and, hence, producing useful information to the traveler. This efficient information guides the traveler to reach their destination in the most optimized way.

Why a Large Amount of Data Is Important

We hear more often that people are getting more connected than ever because of accessibility to high-speed transportation and increased capability for sharing information, Internet of Things in transportation is a fusion of large amounts of data that come from multiple sources.

According to a study by McKinsey Global Institute recently, it was stated that automotive industry will be the second largest producer of data in the forthcoming years, and if we combine automotive with travel and logistics industry, then the output for the same grow by an additional 30 percent.

How the Data Is Fetched From Sensors?

Sensors are highly important to get the raw data, and if we consider the data of one sensor with another, then we can get a deep understanding of the performance and behavior of the system. With the IoT in transportation, sensors and fetched data from them helps in detecting whether a wheel on the vehicle is slipping or not and, accordingly, alerts the driver or the concerned person to apply brakes. The data from these sensors help in the real-time analytics within the vehicle.

How This Sensor System Enables You to Make Quick Business Decisions

Data from various sources is collected and integrated to reduce uncertainty. Data collected from sensors is gathered and analyzed further to have a deep insight such that it reduces the uncertainty for a particular situation. For example, the ambient air temperature being used alerts that the temperature is below freezing and the sensors used on the axle reports slippage then the situation come out to be that there is ice in that area. These alerts are sent by the cloud analytical system and (not sent manually), which warns the driver before entering a particular area.

Further, the cloud-based system sends this report to the operations center as well. This analysis report is further sent to nearby and surrounding systems, which are outside the geo-fenced area. Alerts tell them about the detected ice region so that they can re-route if possible.

The IoT and its myriad potential have changed the scenario of the transportation industry. IoT in the transportation system has enabled us to make smarter and more informed decisions. The IoT technologies need to be embraced to cope up with the competition. As the industry was in continuous suffering from heavy operational costs, the implementation of Industrial Internet of Things has made safe and cost-efficient business operations. On leveraging IoT, the connectivity and capability for predictive analytics have streamlined the processes and, hence, has enhanced their bottom line.

Published at DZone with permission of Sanjeev Verma. See the original article here.