The MuleSoft platform uses the DataWeave engine to weave one or more different types of input data together to create another output data format. 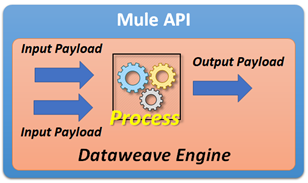 Starting with version 4.x, MuleSoft extended its support and began using DataWeave scripts in most of its message processors.

MuleSoft strongly recommends using DataWeave scripts while building Mule integration flows. Thus, writing efficient DataWeave scripts is very much required in processing large payloads and performing data transformations. While performing large input data processing by using DataWeave, we may experience memory errors.  In these cases, we might need to do some fine-tuning of our memory usage. To act on input payloads, DataWeave has to keep the data in small/large files, either in-memory or on disk space.

To manage the larger buffer files, we may be required to use disk space.

Disk space can be further categorized as "Temporary Disk Space" or "Custom Directory."

Before we go further, let's try to talk more about off heap memory.

Off heap memory space consists of "slots." By default, the size of each slot is 1.5MB.

By default, DataWeave uses memory pool slots with a size of 60. But these parameters can be further configured.

Once the size of the buffer files exceeds the configurable threshold values, then these files are written to temporary disk space.

If required, these files can be written to a Custom Directory by specifying the system property java.io.tmpdir.

Used to store the input of a transformation when it is bigger than the in-memory buffer value. 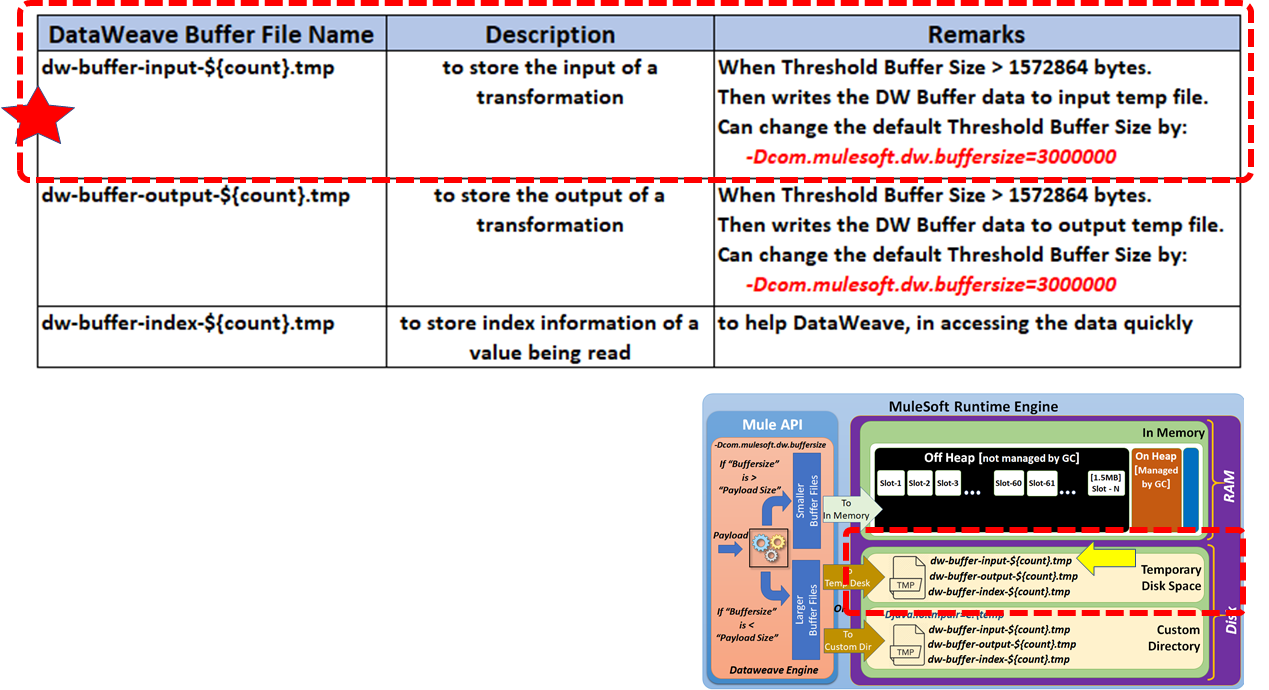 Used to store the output of a transformation when the result is bigger than the threshold value. 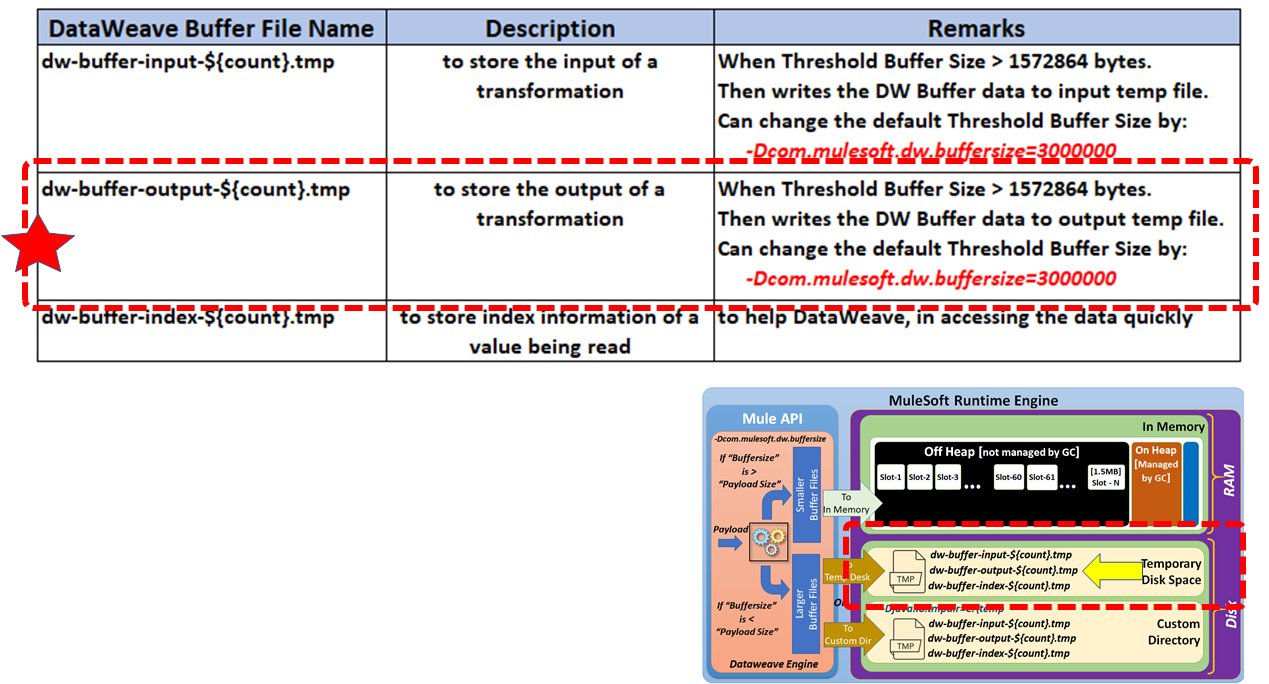 Used to store the index information of a value being read. 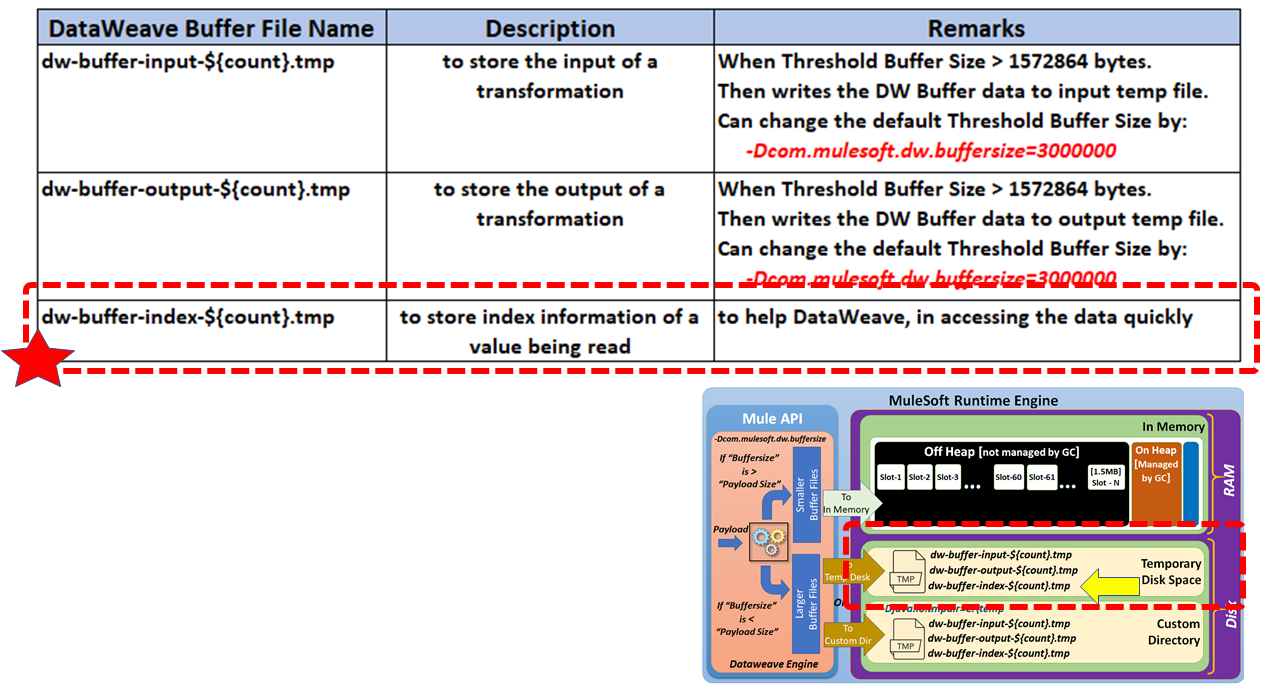 Use the system property com.mulesoft.dw.buffersize to determine the size of the in-memory input and output buffers used in DataWeave to keep the processed inputs and outputs. If a payload exceeds this size, it is stored in *.tmp temporary files. 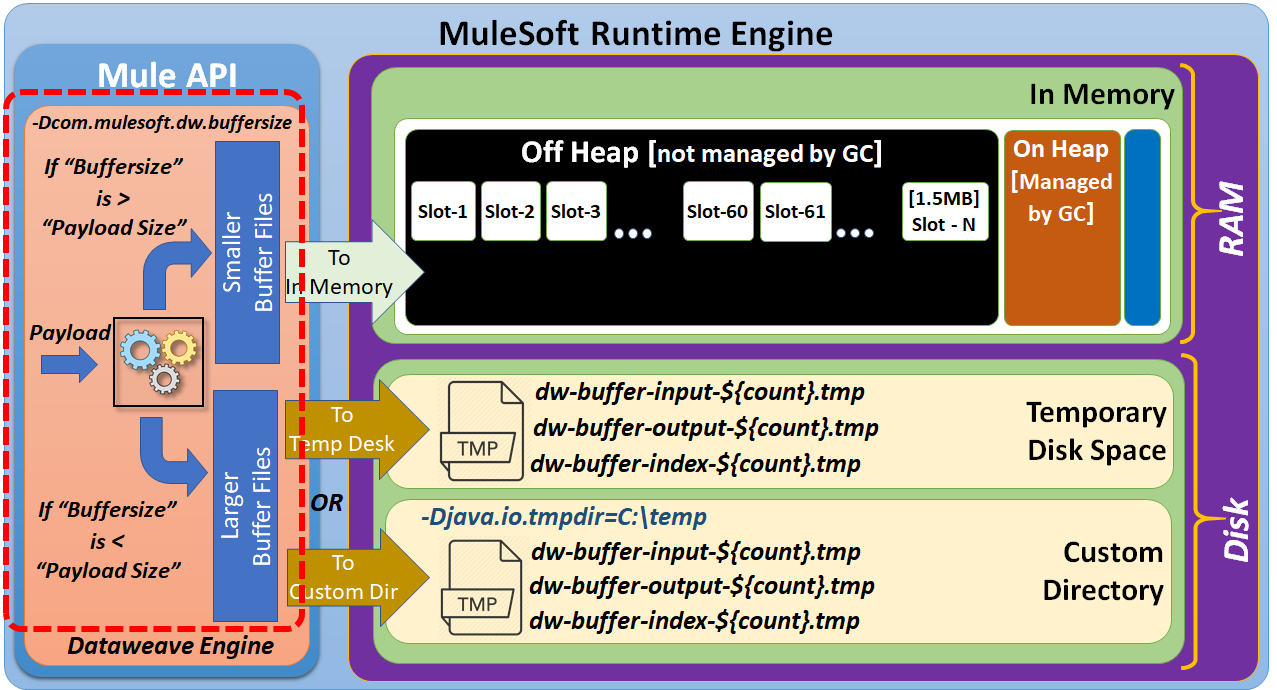 If the buffer size is greater than the payload size, then buffer files are written to in-memory space.

If the buffer size is less than the payload size, then buffer files are written to disk space. 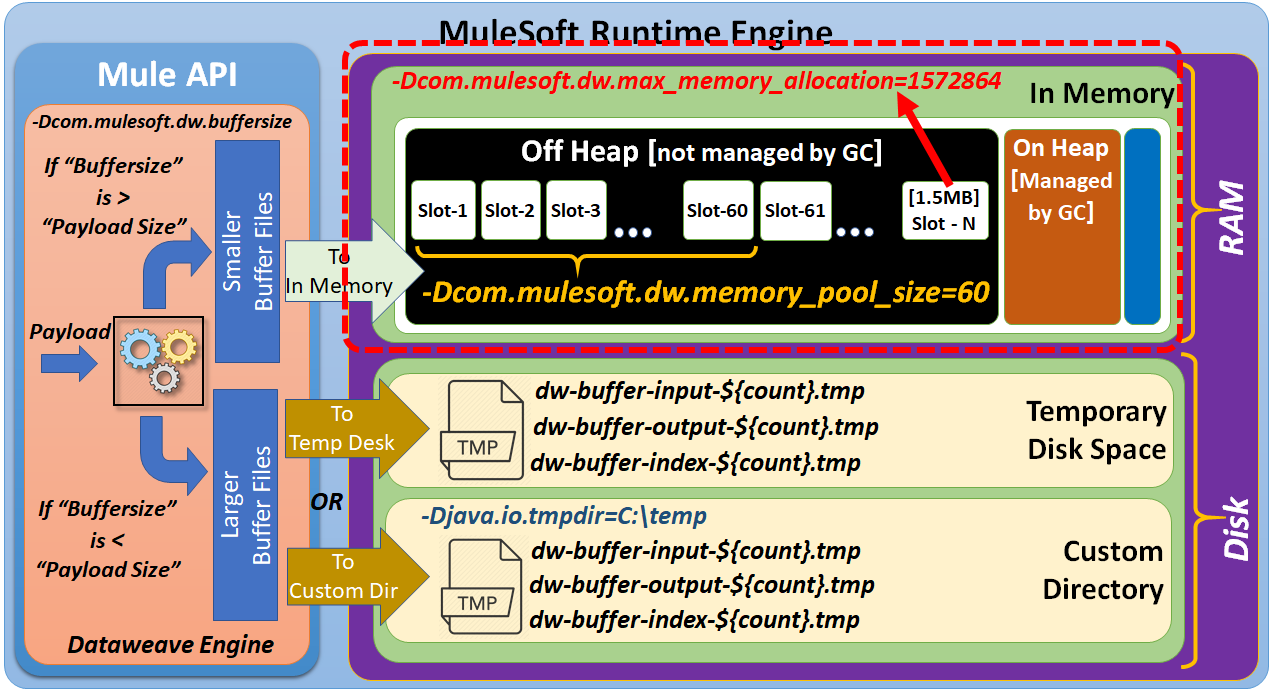 The size of each off-heap slot can be configured by using the system property:

Also, the size of an off-heap slot's memory pool can be configured by using the system property:

The table below provides the details of different systems properties, which can be configured to fine-tune Memory Usage.

In case of any further queries on this article, add a comment here. Your feedback matters a lot.