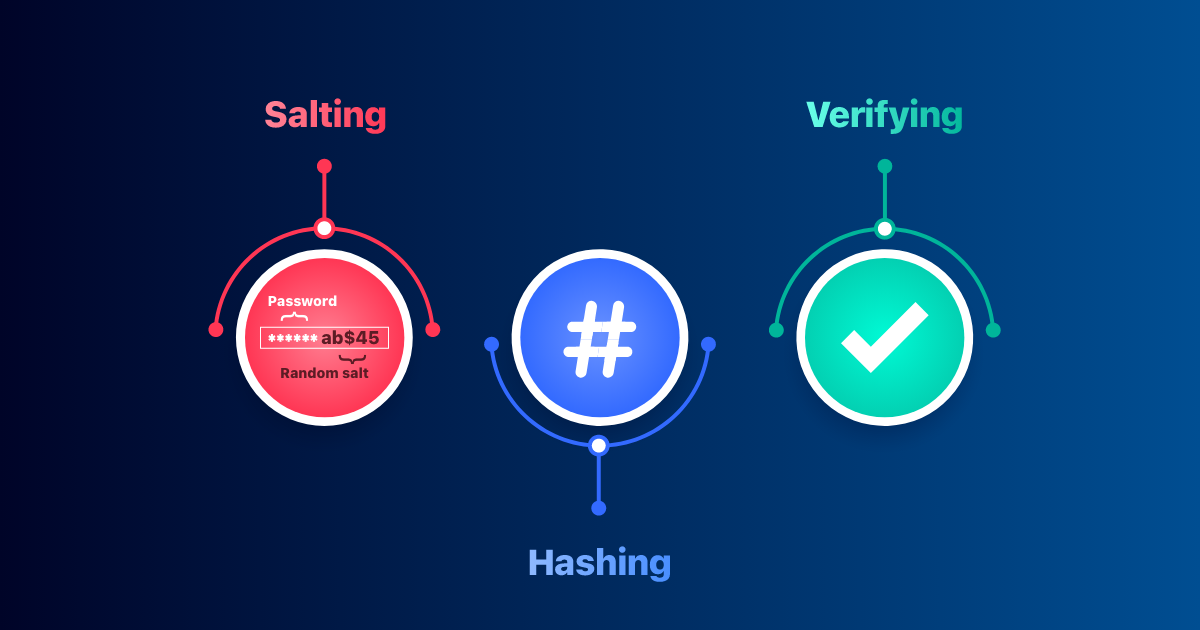 Storing passwords can be a nuance due to the liability of them being compromised. To make matters worse, users tend to reuse passwords across services which makes storing them securely even more important.

This is where hashing or hash functions come into play.

What Are Hash Functions?

They are functions that have these properties:

All in all, hash functions are “one-way functions.” If you only know the output, it’s impossible/difficult to know its input. This is unlike encryption in which given the output and the encryption key, you can know the input.

Due to this one-way property, storing a hashed value of a password is a good idea since if their hash is compromised (via a database leak), the attacker would not know the original password (which is the input to the hash function). In fact, the only “entity” which would know the input to the hash function would be the end-user who generated the password in the first place. This is exactly what we want from a security point of view.

Due to property number (5), there are an infinite number of inputs that can yield the same hash output. But it’s also very difficult to find any one of those infinite numbers of inputs given a specific output!

The way to solve this problem is to add some random string, known as “salt,” to a password before hashing it (during the signup process), and then we append that random string to the computed hash before storing it in the database. Let’s take an example:

As you can see, their computed hashes are completely different, even though their passwords are the same. Most importantly, these hashes won’t be in any rainbow table since they are generated from fairly random strings ("12345ab$45" and "12345ih&g3").

Before we store these hashes in the database, we must append the salt to them:

The reason we append the salt to the hash is so that during the verification process, we have to use the same salt as we did originally. So we must store this somewhere. Even if the salt is compromised, it’s not a security issue since the attacker would still need to know/guess the user’s password to be able to generate the same hash.

Let’s have a look at how the verification process happens:

Which Hash Function to Choose?

Even after salting, the issue of brute force attacks still remains. An attacker could repeatedly guess different passwords (very quickly) to see which one matches the leaked hash. There are two dimensions that determine how quickly an attacker can find a match:

If a user uses a random and long enough password, the chances of the attacker guessing that exact string reduces. This means they have to crunch through more guesses which will take more time. Here is a cool tool that estimates how much time it would take to guess a password.

The slower and more computationally expensive the hashing function, the more time it would take to validate each guess. As of this writing (2nd March 2022), the recommended hashing technique uses Argon2id with a minimum configuration of 15 MiB of memory, an iteration count of 2, and 1 degree of parallelism.

As computational power increases, recommended hashing techniques change as well. Even if the algorithm remains the same, the recommended number of “rounds” / amount of “work” that should be done per password hash may increase.

The above produces the following output:

If you run the above program, it will produce a different hash each time since the salt is regenerated each time.