For a modern load-intensive application, it's important to ensure all available hardware resources are used with maximum efficiency. We have increasingly seen this type of applications employ in-memory a database like Redis for higher performance. However, that also begs the question, "Have we yielded the most performance out of Redis yet?"

In Redisson, while offering the most advanced features amongst all the Redis Java clients, we have put a lot of effort in optimizing its engine. We'll show you what it takes to reach 500K ops using Redis cluster with only 3 nodes. The benchmark environment was comprised of 3 AWS Elasticache Cluster nodes (m3.xlarge) and a single AWS EC2 instance (c4.4xlarge), which was where the benchmark application deployed. Only one Redisson PRO instance was used for the test. Here are the results: 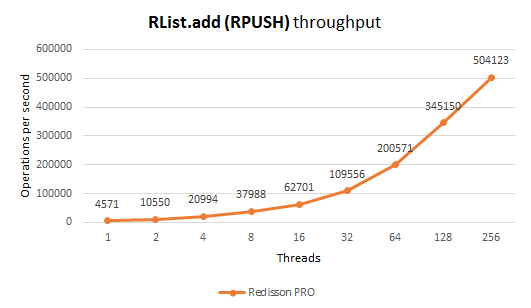 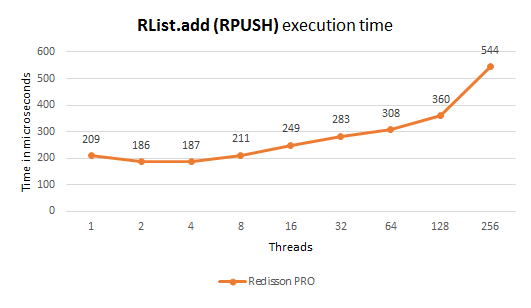 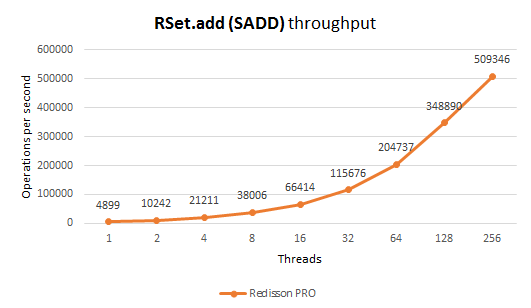 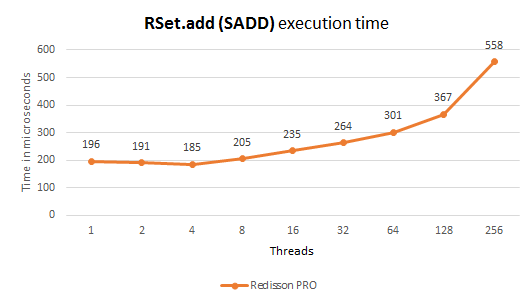 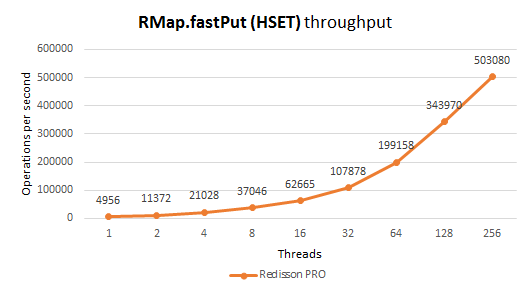 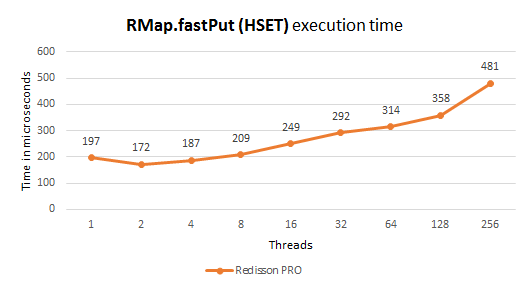 We used the Redisson Benchmark module to graph these results.