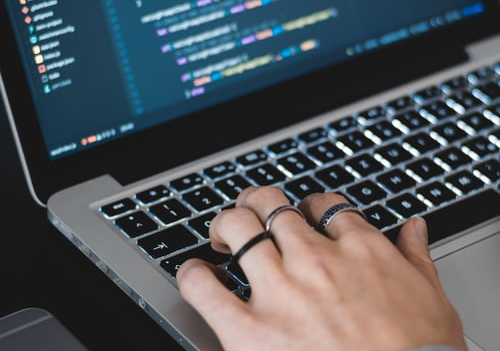 How We Compiled a Golang Database in the Browser Using WebAssembly

As Queeny Jin mentioned in her article, , we compiled TiDB into an in-browser database using WebAssembly (Wasm). We’re very proud of this pilot project because it opens a door to an entirely new world for both Golang and Wasm:

You may also be interested in:  Golang Tutorial: Learn Golang by Examples

What’s most exciting is that beginning database users now have an easy way to learn to write SQL statements or test new databases. They don’t have to download an entire database and go through the complex setup and configuration process to be able to write SQL. They can simply point their browser to https://tour.tidb.io/, wait a few seconds for the TiDB database to load, and then start to write SQL statements.

The time to experiment with SQL without pain has come. In fact, the community has started to hack on this project, and they’ve built a markdown-it plugin to run a TiDB Wasm instance on markdown. Now you can have an interactive playground to learn SQL in the browser: https://github.com/imiskolee/tidb-wasm-markdown

The source code for this project is in PR: #13069 - support compiling tidb to wasm. You are welcome to join us!

The rest of this blog will dive deep into how and why we built an in-browser database. By the end of the article, you’ll know to reproduce it yourself, create your own projects, and get inspired.

Want to Make Your Own Golang Apps Run in a Browser? Here’s What We Learned…

We had a lot of fun — and learned a lot — from our little adventure at TiDB Hackathon 2019. If you want to make your own Golang applications run in a browser, here are some suggestions:

Why an In-Browser Database?

The idea came to us when we were planning our TiDB Hackathon 2019. The goal of participating in the Hackathon was very simple: hack something cool together! (So cool that we name ourselves: Ti-Cool.) What could be cooler than an in-browser database?

How We Made It Possible?

Let’s take a look at our goal again: building an in-browser TiDB database. Breaking it down, we got a few questions to answer:

Question #1: Can TiDB Be Compiled to an In-Browser Application? If Yes, How?

What we knew: TiDB is written in Golang, and Go 1.11 added a port to WebAssembly.

What we didn’t know: Does TiDB include any platform-specific libraries that can’t be compiled to Wasm?

We started our adventure of compiling TiDB to Wasm by following getting started with WebAssembly. Here was our first setback:

Going through the goleveldb code and the storage package led to the heartbreaking fact that even though it had implementations for most platforms, it didn’t have one for Wasm:

That’s why we had the undefined error messages about newFileLock, rename, syncDir, etc.

As shown in the code below, we decided to add a file_storage_js.go file and leave those functions unimplemented:

We compiled the code again and got this:

Diving deep into the code, we found that there were function declarations in the arith_decl.go file but the functions weren’t implemented in the system-specific files.

This problem was similar to the one we had before, and we could solve it the same way, except there was a problem: this code belonged to a third-party library and was not in our control. Besides, TiDB did not depend on the library directly—it depended on the mathutil library which depended on the bigfft library, and neither of these libraries was in our control. Two plans came to our minds:

Plan 1 was quickly ruled out because we couldn’t do it in time for the hackathon, not to mention we had no idea whether the maintainers of these two projects would approve our changes and merge them.

Plan 2 had its own problem because it meant we would probably detach ourselves from the upstreams.

Was there a third way? Could we make a special case where TiDB didn’t depend on these two libraries when we compile the Wasm binary format, but when it came to the binary format for other platforms like Linux, it’s business as usual?

With this goal in mind, we did some homework. We found that even though mathutil was called many times, only the following functions were used: MinUint64, MaxUint64，MinInt32，MaxInt32, etc. So we had an idea:

Yay! We made it! The main.wasm is the compiled TiDB Wasm file we wanted, and it proves that TiDB could be compiled to an in-browser application.

Ok. Now we have a compiled TiDB Wasm. Let’s run it, and see what comes out!

Theoretically, because we were using os.Stdin as the input and the os.Stdout as the output, and we hadn’t done anything with DOM yet, the output should be blank. However, TiDB outputs its log to os.Stdout, we expect a log message that TiDB started successfully. Unfortunately, this was what we got:

What we could derive from the error message was that the runtime didn’t implement os.stat. We determined that this was because Golang hasn’t fully supported WASI yet. As shown in the following code, it merely mocked an fs in wasm_exec.js:

The mocked fs didn’t implement the callbacks such as stat, lstat, unlink, mkdir. So we mocked these functions in the global fs object before the Wasm was started:

When we refreshed the page, the expected TiDB log was finally displayed:

Yay, we made it again!

At this point, we had cleared all the technical blockers. Now it was time to get inputs and outputs.

Question # 2: How Can Users Input the SQL Statements and Get Their Results?

We all know that browsers cannot let the web applications within them do dangerous things such as port listening and file operations. However, TiDB lets users start a client and connect to TiDB using MySQL statements (mostly), which means users need to listen on a certain port. We want our users to have a built-in TiDB client in the Wasm file together with the TiDB sever: When the browser loads the Wasm file, the client is launched immediately to allow users to input SQL statements and output the SQL results.

Here is what we did:

What About the Terminal?

We now had an Exec function that could take SQL statements, output the result, and run in the browser. We also needed an SQL client to interact with the function. We considered the following options:

Our current team members have limited front-end knowledge, so we chose the second approach. We found the jquery.console.js library, which required only a callback from the SQL, and our Exec fit right in.

Here are the specific steps:

Result: Now you can run the Golang database the SQL directly in your browser!

Our users now have an in-browser database where they can write SQL directly. However, there’s a small problem: they can only write one SQL statement at one time.

Imagine if a user wanted to test the compatibility between TiDB and MySQL. It would be a nightmare to run the statements one by one.

However, in TiDB we have features such as load stats and load data to read and load content from files into the databases, see for more information. But as we mentioned earlier, this was not possible for a browser.

To resolve this issue, we did the following:

Because of the limited time in Hackathon, TiDB Wasm could only serve as a pilot project. If you use TiDB Wasm, keep in mind these caveats. We also have a lot more work to do, including the following:

You are welcome to join us and build this project together at https://github.com/pingcap/tidb/projects/27

Why Is Golang so Popular These Days?

Published at DZone with permission of Joshua Zhou. See the original article here.