Feeling good to be back at the blog

. Actually, I have been managing GDG Ahmedabad, delivering android talks, and managing workshops locally and outside my region. Last month, I was quite busy in organizing the “DevFest” event for GDG Ahmedabad, and then for the preparation of my two talks for the GDG Kathmandu DevFest.

I was invited to deliver two talks at DevFest, which was organized by GDG Kathmandu. I have already published slides on my Speakerdeck. I am not sure whether you have already checked and learned from my speaker deck, but still give me a chance to write about Introduction to Android studio here.

What is Android Studio?

It’s an Android focused IDE, designed specially for Android development. It was launched on 16th May 2013, during Google's  I/O 2013 event. Android studio contains all the Android SDK tools to design, test, debug and profile your app. By looking at the development tools and environment, we can see its similar to Eclipse with the ADT plug-in, but as I have mentioned above, it's an Android focused IDE, and there are many cool features available in Android Studio that can foster and increase your development productivity.

One great thing is that it depends on the IntelliJ Idea IDE, which has proved itself to be a great IDE and has been in use by many Android engineers. 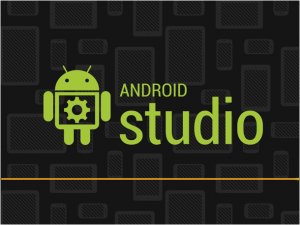 What is the Difference Between IntelliJ Idea and Android Studio?

Nothing, in regards to Android.

If you use IntelliJ…

You can download Android Studio from the android developer site: http://developer.android.com/sdk/installing/studio.html.

As I have mentioned, it's similar to Eclipse with the ADT plug-in, but Android Studio has many cool features that can help you to increase development productivity.

Here are the cool features:

It's actually a black-based theme. While using Android Studio, I enjoy working in Darcula theme environment. By the way, Its Darcula theme, not Dracula. I am correcting this just because I have seen many people on Stackoverflow and Google+ saying Dracula.

Preview All the Screens 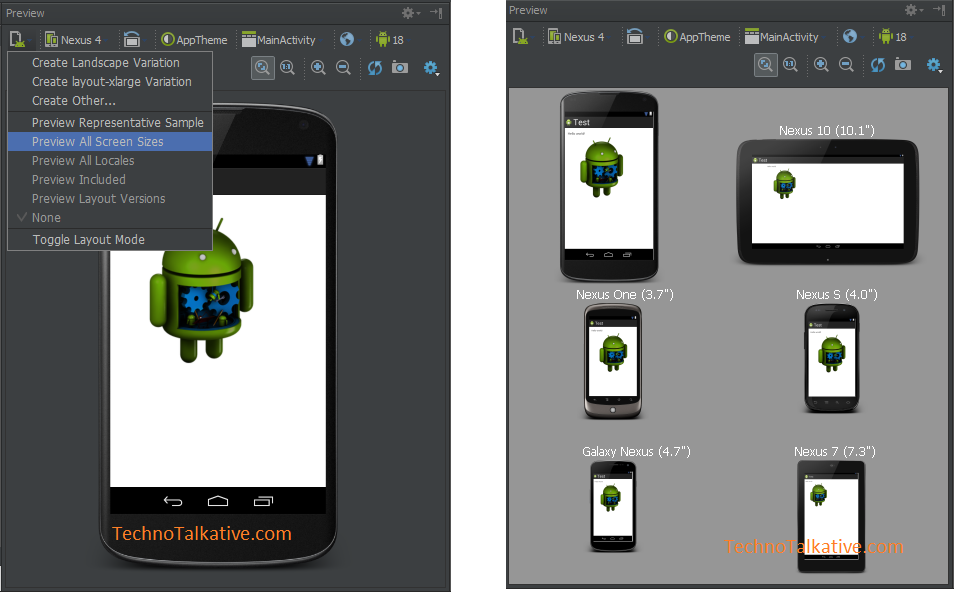 We can consider this is as part of the Rich layout editor feature. With this privilege, users can design layouts and can check layouts by previewing in all the possible screens, such as Nexus 4, Nexus 7, Nexus and many other devices. It helps the user to improve layout designs while providing compatibility to various resolutions available. 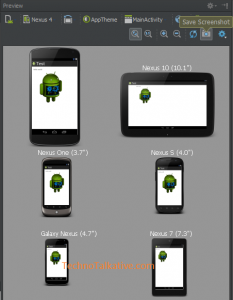 It provides ability to directly generate a screenshot of your application. Yes, it was already included in the SDK, but Android Studio provides something more:

While using Eclipse, it’s difficult to check which color we have used. Yes, we can imagine the color by its name, but an actual preview is much better. This feature was recently introduced in Android Studio, so you must have latest version installed. 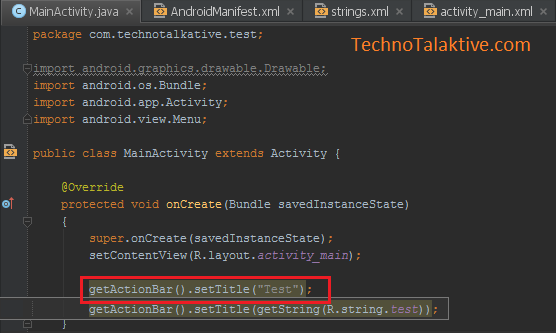 Here is another feature I like and have found useful: Whenever you use any string resources from Strings.xml, it displays actual value instead of variable name. This setting comes by default, but in case you aren’t able to get hard coded strings in your activity class, then try any of the below ways.

This provides the ability to create layout variation directly. For example: layout for the large screen, layout for Xlarge screen, etc. The great thing is that the created variant layout gets stored in particular folders like layout-xlarge, layout-large-land, etc.

Should I Use Android Studio?

My answer is a big NO to use Android Studio as your main IDE for Android development, because currently its EARLY ACCESS PREVIEW and it's maturing over days. Engineers have been working hard to improve this IDE. So, you should wait until the BETA comes out.

I agree with Carlos Vega (commented over G+) on this point: “You should at least migrate to Intellij Idea 12 so that you get familiar with the IDE’s workflow and keyboard shortcuts. That way when Android Studio reach a more stable level, you can switch without a major learning curve.﻿” Thanks, Carlos Vega, for the input.

By the way, here is the presentation I delivered at the GDG Kathmandu DevFest.

Published at DZone with permission of Paresh Mayani. See the original article here.