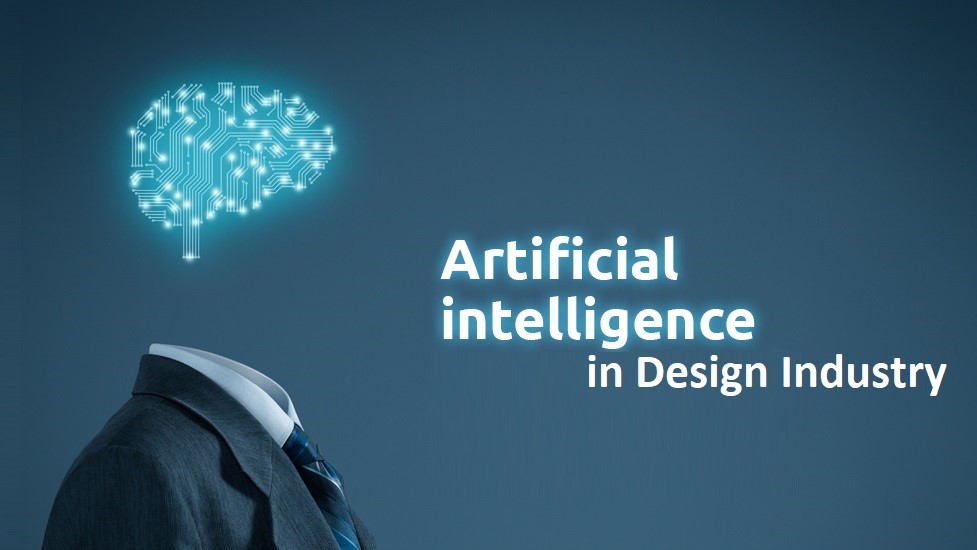 AI has emerged as the mainstream trend in various industries. AI might excite us and terrify us at the same time. AI is widely unknown and experts are researching day in and day out to discover how AI will affect the design industry in the upcoming days.

So, where does the conversation about AI in design industry lead us? With the widespread awareness about the AI, the relationship between consumers and products will revive. The interaction between the two will bring in a fresh context in terms of innovation, making the business succeed rapidly.

AI and the Design Industry

So, what exactly is going to happen to all the designers? Until now, designers appear to be at a low level of risk. Considering the fact that designers need to be able to relate to various people, they should not only be creative but pose strong social skills. Many industry-leading designers have identified that a design should be formulaic to look good on a screen.

In essence, a design is not a magic sauce that can turn a website into a more appealing one. A design follows the rule of sacred geometry. In addition, when humans leverage those principles in a design, they create none less than perfect designs.

Designers need to perform a large number of tasks. These tasks can be automated and include the grids and pre-set rules for various devices. A designer will be able to give a sigh of relief if these tasks are taken out of their hands. Consider it as physically going through a library for research across various books, white papers, and articles.

The Grid stands as the website builder that leverages the power of AI for website generation without requiring any input from the designers. This has been advertised as both a timesaving solution and an alternative to a designer. However, if the design studios utilize design solutions such as Grid, the web designing can be automated based on parameter and goals. Afterward, designers could focus on tasks for fine-tuning and User Experience improvement.

In addition, tools such as Autodesk Dreamcatcher are prevailing. Through utilizing the cutting-edge algorithms for setting parameters, this application can produce various iterations of a design. It allows the designers to choose the most suitable and best design along with recombination.

According to the tech analyst Rob Girling, many modern jobs for designing are defined by creative and social skills. These skills require a designer to have solution-based empathy and negotiation. Artificial intelligence can influence the workforce through challenging the non-designers for development of social and creative intelligence. Designers may require differentiating themselves from others and looking for a niche-specific specialization, and gaining varied skills to transfer to different roles.

Can Designers Work With Artificial Intelligence?

It is expected that in the future, designers will become more creative and act as curators. These designers will be facilitated by technology. It means that they will be providing better direction to the AI counterparts, counting on the problem-specific constraints and individual goals. As a result, they will get more free time for creative tasks.

With the emergence of artificial intelligence, more collaboration and feedback from the curators will be required for learning and development. Designers will receive an opportunity to design algorithms, facilitating their own work. This will reshape the face of this profession. Also, designers will be able to use Logo Maker tool powered by AI for creating astounding logos.

In addition, AI will allow designers to build forms that are nearly impossible to create for a human alone. It will improve their work by giving opinions about the incremental developments. These developments focus on understanding the underlying inspirations, affecting the ability to perform A/B testing ad nauseam. Artificial Intelligence will serve as an essential tool while designing.

Various companies for VR/AR have transformed different industries including the architecture and gaming through various approaches. Having said that, a new age of tech-focused creativity has started.

Keeping in View the Hype

AI holds much potential for the design industry. However, for AI to be successful, it requires deconstruction. It would be useful for designers if they could refresh their minds and never think of AI as “Artificial Intelligence” — as AI seems more of a magic-tech. Another great way to think about AI for the short term is “Augmented Intelligence.”

According to the Ginni Rometty, the CEO of IBM, “When talking about the initials of AI, I would prefer augmented intelligence.”

AI mainly focuses on speed and optimization. Designers who work on AI are capable of creating designs faster and cheaper because of enhanced speed and efficiency. The power of AI lies on the fast analysis of data and automatic design adjustment suggestions. A designer can decide and accept adjustments based on the provided data. The best and effective designs can be built conveniently, and various prototype versions can be passed through A/B testing with the users.

Faster design prototyping can be achieved by using an AI design tool that can scan in the basic sketches. Through entering only a few parameters, a library containing established UI components spring to life, resulting in a prototype that adheres to the requirements. Airbnb has already been doing it. They build design components using the code from hand-drawn sketches utilizing AI and Machine Learning.

Sometimes, designers have to deal with frustrating daily tasks such as localization of products and the creation of the same graphics in different languages. The on-demand entertainment giant, Netflix, has been utilizing augmented intelligence systems for translation of art personalization and localization of banners in different languages. Their system identifies the master version and creates localized graphics rapidly. A designer just needs to check graphics and make adjustments if required.