In this article, you can see several usage cases for the JDK 14 Records.

JDK 14 Records in a Nutshell

If this is your first contact with the JDK 14 Records feature, then let's mention that Records provide a compact syntax (no boilerplate code) for declaring classes that act as plain immutable data carriers.

The best way to introduce it is via an example. Let's consider the following Java class:

Starting with JDK 14, the Records syntactical sugar can be used to replace the above code with a single line of code as below:

That's all! Running the javap tool on Author.class will reveal the following code:

If we scan the properties of an immutable class then we notice that Person.class is immutable:

You can read more about immutable objects in my book, Java Coding Problems. 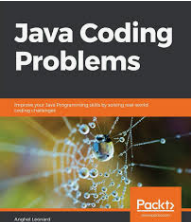 So, JDK 14 Records are not a replacement for mutable JavaBean classes. They cannot be used as JPA/Hibernate entities. But, they are a perfect fit for using them with Streams. They can be instantiated via the constructor with arguments and, in place of getters, we can access the fields via methods with similar names (e.g., the field  name  is exposed via the  name()  method).

Let's consider that an author has written multiple books. Having the Author and the Book class, we shape this scenario by defining a List<Book> in the Author class:

If we use Records, then we can eliminate the boilerplate code as below:

If we want to serialize this data as JSON via a Spring REST Controller, then most we will most likely do it, as shown below. First, we have a service that returns the data:

And, the controller is quite simple:

Nevertheless, if we access the endpoint, localhost:8080/authors, we obtain the following result:

This means that the objects cannot be serialized. The solution consists of adding the Jackson annotations, JsonProperty:

This time, accessing the localhost:8080/authors endpoint will produce the following JSON:

Let's take another look at our controller:

In this controller, we use Dependency Injection for injecting a BookstoreService instance in the controller. We could have used @Autowired as well. But, we can try to use JDK 14 Records, as shown below:

Let's set this one more time:

JDK 14 Records cannot be used with JPA/Hibernate entities. There are no setters.

And, the goal is to fetch a read-only list of authors containing their names and ages. For this, we need a DTO. We can define a Spring projection, a POJO, or a Java Record, as shown below:

The query that will populate the DTO can be written via Spring Data Query Builder:

DTOs via Records and Constructor Expression and JPQL

DTOs via Records and Hibernate ResultTransformer

Sometimes, we need to fetch a DTO made of a subset of properties (columns) from a parent-child association. For such cases, we can use a SQL JOIN that can pick up the desired columns from the involved tables. But, JOIN returns a List<Object[]> and most probably you will need to represent it as a List<ParentDto>, where a ParentDto instance has a List<ChildDto>.

Such an example is the below bidirectional @OneToMany relationship between Author and Book  entities:

You want to fetch the id, name, and age of each author, including the id and title of their associated books. This time, the application relies on DTO and on the Hibernate-specific ResultTransformer. This interface is the Hibernate-specific way to transform query results into the actual application-visible query result list. It works for JPQL and native queries and is a really powerful feature.

The DAO that exploits this custom ResultTransformer is listed below:

Finally, we can obtain the data in the following service:


Or, we can write the service using Records for injection, as shown below:
Java

Starting with Hibernate 5.2,  ResultTransformer  is deprecated. Until a replacement is available (in Hibernate 6.0), it can be used.
Read further here.

Accomplishing a similar mapping via  JdbcTemplate  and  ResultSetExtractor  can be done as below. The  AuthorDto  and  BookDto  are the same from the previous section:

Java Records allow us to validate the arguments of the constructor, therefore the following code is ok:

For more examples, I suggest you continue reading here. You may also like to explore 150+ persistence performance items for Spring Boot via Spring Boot Persistence Best Practices: 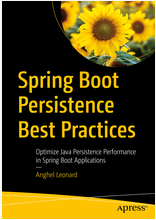