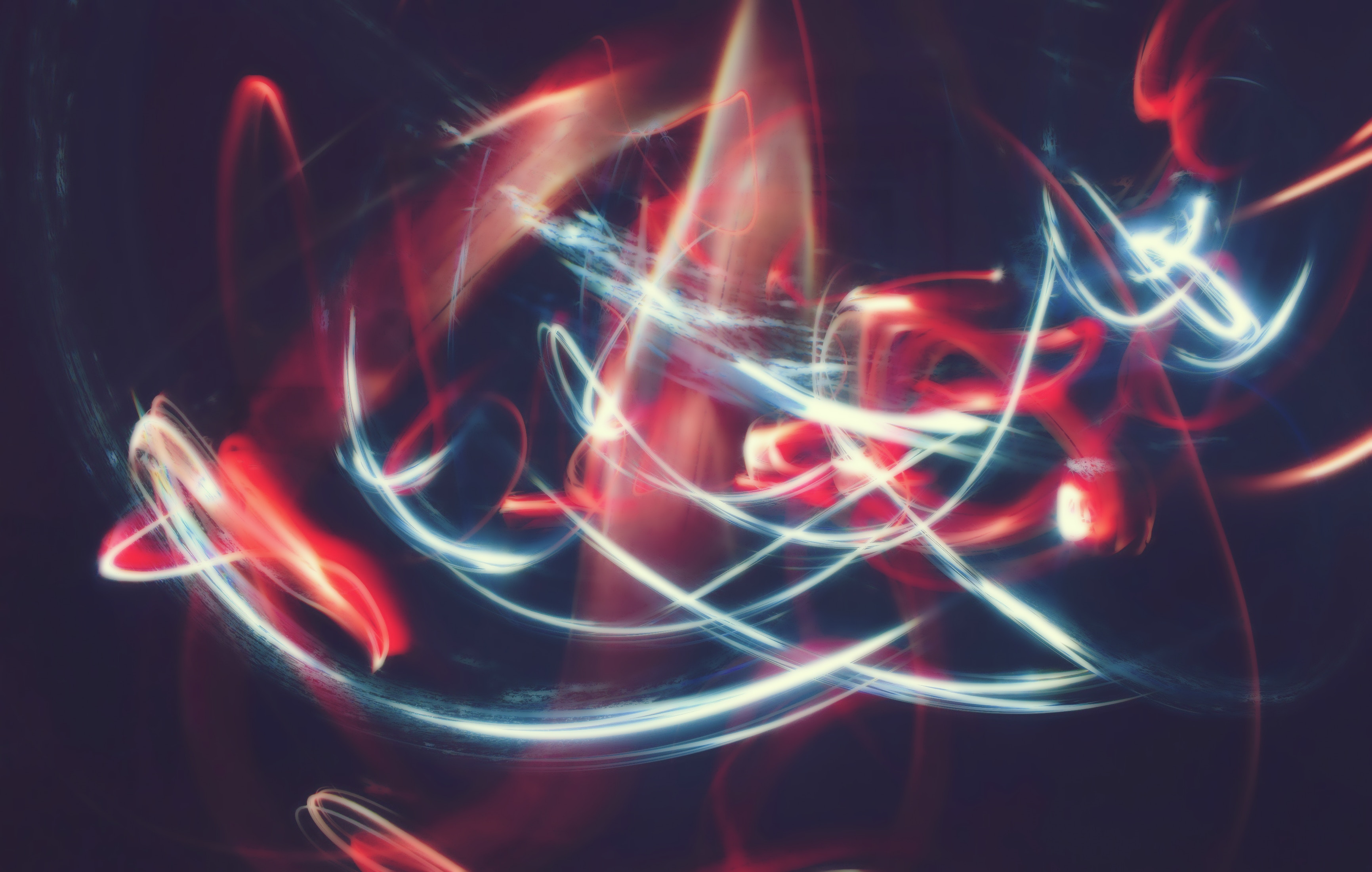 Lambda expressions were one of the most powerful additions made in C++11, and they continue to evolve with each new C++ language standard. In this article, we'll go through their history and see the evolution of this crucial part of modern C++.

This article was originally posted at the author's blog: bfilipek.com

At one of our local C++ User Group meeting, we had a live coding session about the "history" of lambda expressions. The talk was lead by a C++ expert Tomasz Kamiński. See this event:

I've decided to take the code from Tomek (with his permission!), describe it, and form a separate article.

We'll start by learning about C++03 and the need for compact, local functional expressions. Then we'll move on to C++11 and C++14. In the second part of the series, we'll see changes from C++17, and we'll even take a peek of what will happen in C++20.

Since the early days of STL, std::algorithms — like std::sort — could take any callable object and call it on elements of the container. However, in C++03 this meant only function pointers and functors.

But the problem was that you had to write a separate function or a functor in a different scope than the invocation of the algorithm.

As a potential solution, you could think about writing a local functor class — since C++ always has support for that syntax. But that didn't work...

Try to compile it with -std=c++98 and you'll see the following error on GCC:

Basically, in C++98/03 you couldn't instantiate a template with a local type.

Because all of those limitations, the committee started to design a new feature, something that we can create and call "in place"... lambda expressions!

Lambdas were added into the language in a smart way I think. They use some new syntax, but then the compiler "expands" it into a real class. This way we have all the advantages (and disadvantages) of the real strongly typed language.

You can also check out CppInsights to how how the compiler expands the code: CppInsighs: lambda test.

In the example the compiler transforms

The syntax of the lambda expression:

Some definitions before we start.

The evaluation of a lambda-expression results in a prvalue temporary. This temporary is called the closure object.

A few examples of lambda expressions:

The Type of a Lambda

Since the compiler generates a unique name for each lambda, there's no way to know it upfront.

That's why you have to use auto (or decltype) to deduce the type.

What's more, according to [expr.prim.lambda]:

The closure type associated with a lambda-expression has a deleted ([dcl.fct.def.delete]) default constructor and a deleted copy assignment operator.

That's why you cannot write:

This gives the following error on GCC:

The code that you put into the lambda body is "translated" to the code in the operator() of the corresponding closure type.

By default, it's a const inline method. You can change it by specifying mutable after the parameter declaration clause:

While a const method is not an "issue" for a lambda without an empty capture list... it makes a difference when you want to capture.

The [] does not only introduce the lambda but also holds a list of captured variables. It's called the "capture clause."

By capturing a variable, you create a member copy of that variable in the closure type. Then, inside the lambda body, you can access it.

You can play with the full example @Wandbox

While specifying [=] or [&] might be handy — as it captures all automatic storage duration variable, it's clearer to capture a variable explicitly. That way the compiler can warn you about unwanted effects (see notes about global and static variable, for example).

And an important quote:

The C++ closures do not extend the lifetimes of the captured references.

By default, the operator() of the closure type is const, and you cannot modify captured variables inside the body of the lambda.

If you want to change this behavior you need to add mutable keyword after the parameter list:

In the above example, we can change the values of x and y... but those are only copies of x and y from the enclosing scope.

If you have a global value and then you use [=] in your lambda you might think that also a global is captured by value... but it's not.

Only variables with automatic storage duration are captured. GCC can even report the following warning:

This warning will appear only if you explicitly capture a global variable, so if you use [=] the compiler won't help you.

The Clang compiler is even more helpful, as it generates an error:

Similarly to capturing a global variable, you'll get the same with a static variable:

And again, this warning will appear only if you explicitly capture a global variable, so if you use [=] the compiler won't help you.

Do you know what will happen with the following code:

The code declares a Baz object and then invokes foo(). Please note that foo() returns a lambda (stored in std::function) that captures a member of the class.

Since we use temporary objects, we cannot be sure what will happen when you call f1 and f2. This is a dangling reference problem and generates an Undefined Behaviour.

This is similar to:

Again, if you state the capture explicitly ([s]):

The compiler will prevent you from making this mistake by emitting errors:

See in this example @Wandbox

If you have an object that is movable-only (for example unique_ptr), then you cannot move it to lambda as a captured variable. Capturing it by the value does not work, so you can only capture it by reference... however this won't transfer the ownership, and it's probably not what you wanted.

If you capture a const variable, then the constness is preserved:

In C++11, you could skip the trailing return type of the lambda and then the compiler would deduce the type for you.

Initially, the return type deduction was restricted to lambdas with bodies containing a single return statement, but this restriction was quickly lifted as there were no issues with implementing a more convenient version.

So, since C++11, the compiler could deduce the return type as long as all of your return statements are convertible to the same type.

Play with the code @Wandbox

In the above lambda, we have two returns statements, but they all point to double so the compiler can deduce the type.

In our examples I defined a lambda and then invoked it by using a closure object... but you can also invoke it immediately:

Such expressions might be useful when you have a complex initialization of a const object.

I wrote more about it in the following blog post: IIFE for Complex Initialization.

Conversion to a Function Pointer

In other words, you can convert a lambda without captures to a function pointer.

Play with the code @Wandbox

The standard N4140 and lambdas: [expr.prim.lambda].

The features can solve several issues that were visible in C++11.

Lambda return type deduction was updated to conform to the rules of auto deduction rules for functions.

The lambda return type is auto, which is replaced by the trailing-return-type if provided and/or deduced from return statements as described in [dcl.spec.auto].

Captures With an Initializer

In short, we can create a new member variable of the closure type and then use it inside the lambda.

It can solve a few problems, for example with movable only types.

Now, we can move an object into a member of the closure type:

Another idea is to use it as a potential optimization technique. Rather than computing some value every time we invoke a lambda, we can compute it once in the initializer:

In foo(), we capture a member variable by copying it into the closure type. Additionally, we use auto for the deduction of the whole method (previously, in C++11 we could use std::function).

Another significant improvement to Lambdas is a generic lambda.

This is equivalent to using a template declaration in the call operator of the closure type:

Such generic lambda might be very helpful when deducting type is hard.

Did I make any mistake here? Does entry have the correct type?

Probably not, as the value type for std::map is std::pair<const Key, T>. So my code will perform additional string copies...

This can be fixed by using auto:

You can play with code @Wandbox.

In this article, we started from the early days of lambda expression in C++03 and C++11, and we moved into an improved version in C++14.

You saw how to create a lambda, what's the basic structure of this expression, what's capture clause and many more.

More from the Author:

Bartek recently published a book - "C++17 In Detail"- learn the new C++ Standard in an efficient and practical way. The book contains more than 300 pages filled with C++17 content!