There are 8 different options to capture thread dumps. You can use the option that is convenient to you.

From this stack trace we were able to figure out that this thread is experiencing OutOfMemoryError when it’s trying to transform XML into Java objects.

Apparently sufficient memory wasn’t allocated to this application to process large size XML payloads. Thus when large size XMLs were sent to this application, it started throwing OutOfMemoryError. When sufficient memory was allocated (i.e. increasing -Xmx value), the problem got resolved. Thus looking for Exception or Errors in the thread dumps is a good pattern to identify the root cause of the problem. 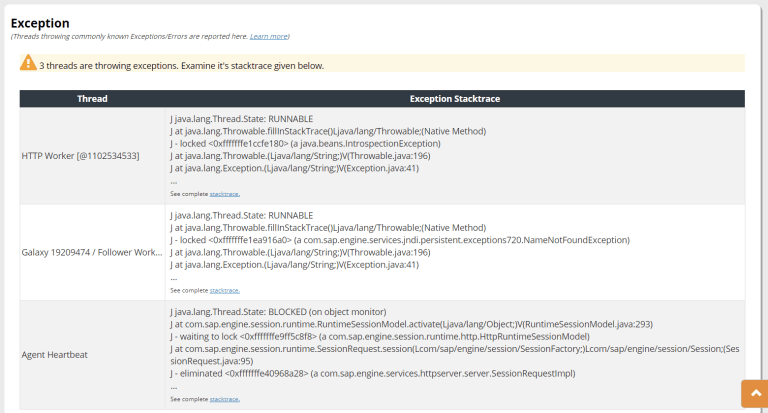 You can notice this section is reporting all the threads that have Exceptions or Errors in their stack trace. If any threads are reported in this section, you should consider investigating those thread stack traces to identify the origin of the problem.