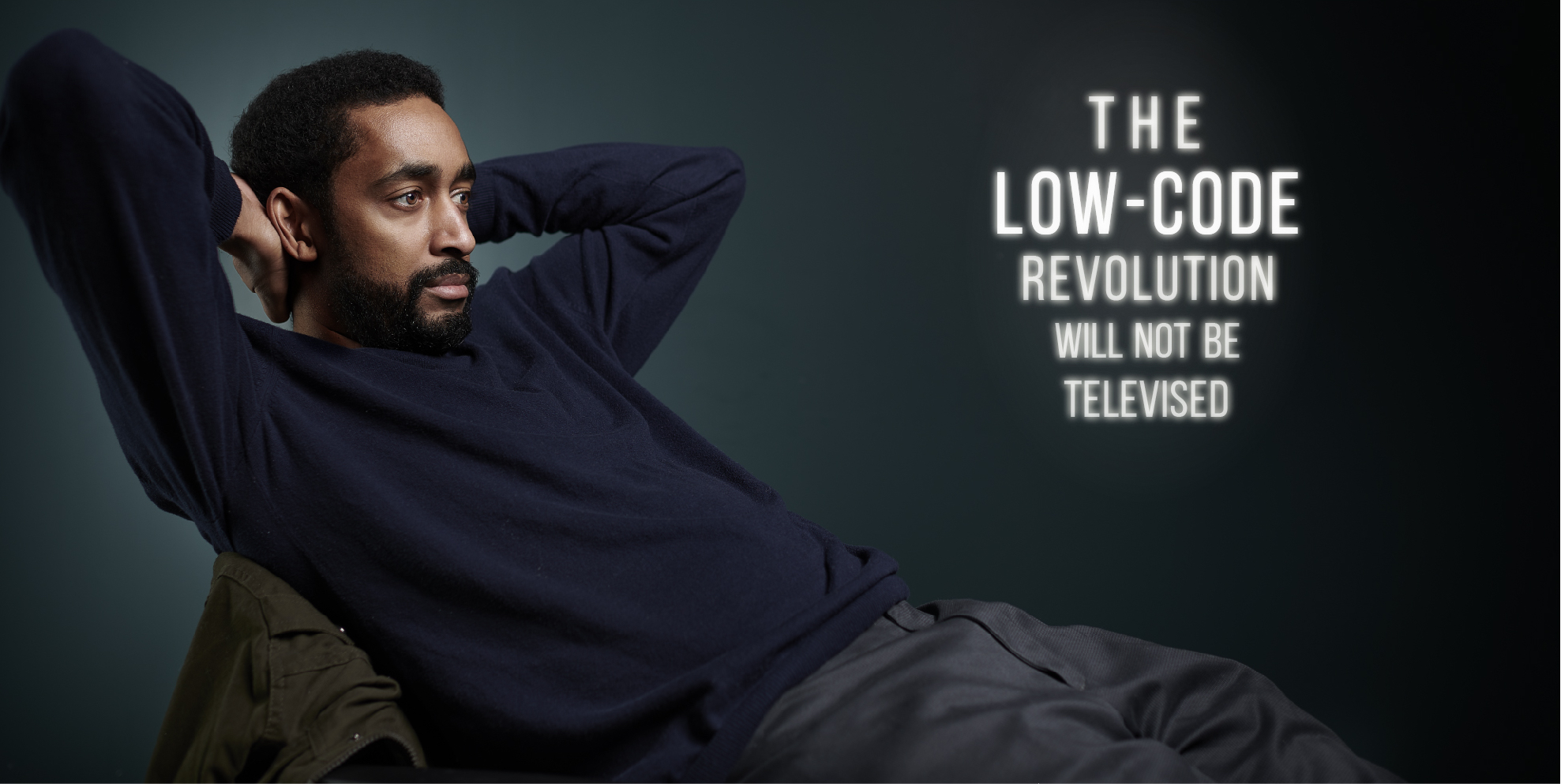 That chillaxin' image in the low-code meme? It's a parody of "The Revolution Will Not Be Televised" (circa 1970), the album cover (remember those?) of a satirical, spoken-word groove by the late emcee Gil Scott Heron, whose innovative musical style broke down the zeitgeist behind the cultural disruption of the early 1970s and blazed a trail for future hip-hop emcees.

You may also like:  Afraid of Losing Your Developers? How Low-Code Development Improves Job Satisfaction

In the digital world, there's a parallel in the rise of the low-code platform, which has inspired a new generation of CIO looking to inject Agile development processes into her IT organization to break through the innovation bottleneck that has hampered organizations for decades. The problem is so serious that:

Half of all business applications don't get delivered on time or fail to meet expectations and 40 percent of development cycles are lost to technical debt.

Low-code development is the opposite of that.

For example, it empowers developers to turn ideas into applications 20 times faster than writing code. That's because with a modern low-code platform, you don't code an application. Instead, you draw it like a flow chart. You simply draw your intention -- what you want your new application to do. You drag and drop interfaces, rules, and integrations, and the low-code platform does the rest.

And you don't need a degree in computer science to use it.

Ahead of the Curve

Back to the application development bottleneck: The overwhelming majority of IT developers (86 percent) say that they are under enormous pressure from escalating demand for new applications and integrations with legacy systems and data. The good news is that 80 percent of developers and IT execs say that low-code is the best way to get ahead of the curve. Another 68 percent agree that low-code offers the speed and power to handle demand for even the most business-critical applications.

Here's why that matters: In the volatile age of digital transformation, competitive advantage can evaporate in a flash, and your biggest threat might not be in your industry at all. In fact, you may not even see it coming --just look around at recent news reports about incumbents getting blindsided in retail, financial services, and healthcare by big tech.

Playing it Safe Is Risky

This is an existential challenge because digital disruption is killing off large companies faster than ever before.

We now have a situation where the lifespan of a company on the S&P 500 has plummeted from 60 years in the 1950s to less than 20 years today, according to Credit Suisse.

So, how do you survive and thrive in this volatile environment? How do you get to market faster, serve customers better, book revenue faster, and turn ideas into business applications faster than you ever imagined? For developers and IT execs, low-code development is the number one solution according to IDG. In fact, more than 80 percent of enterprises have adopted a low-code development platform or tool, according to Forrester.

Which brings us back to the low-code meme.

If you choose to stay inside your digital transformation comfort zone, you could get stuck behind the curve of innovation because:

Low-Code in Software Development: More Than Just a Trend