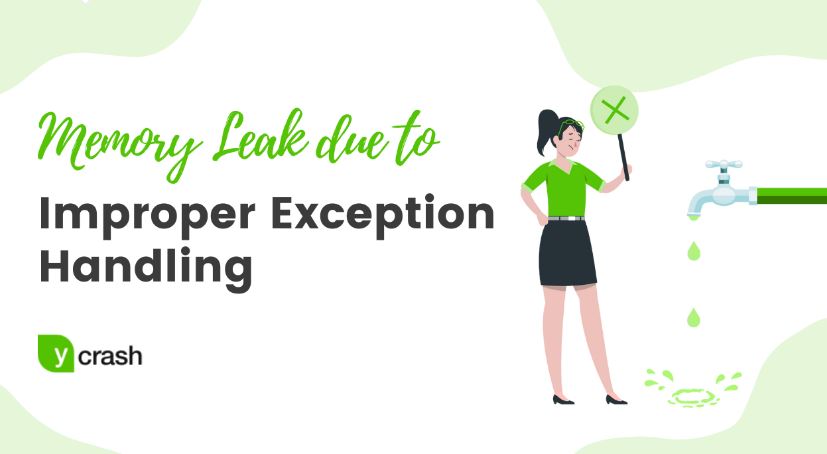 In this post, let’s discuss an interesting memory problem we confronted in the production environment and how we went about solving it. This application would take traffic for a few hours after that it would become unresponsive. It wasn’t clear what was causing the unresponsiveness in the application.

yCrash analyzed the artifacts and reported that the application was suffering from a memory leak. Below is the heap dump analysis report generated by yCrash: 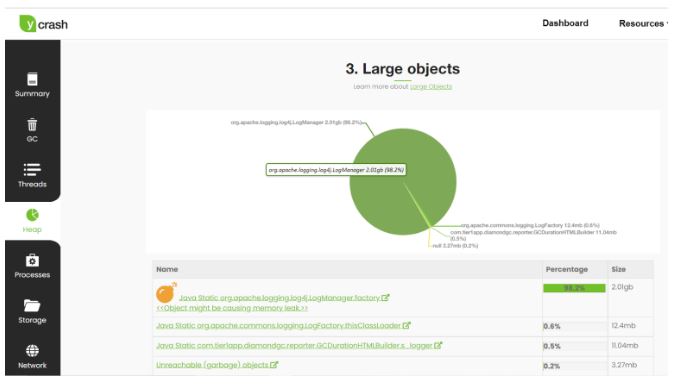 You can notice that yCrash is pointing out "org.apache.logging.log4j.LogManager" to be the largest object in the memory. This object alone occupies 98.2% of total memory. The remaining objects occupy less than 2% of memory. Below is the object tree of this largest object: 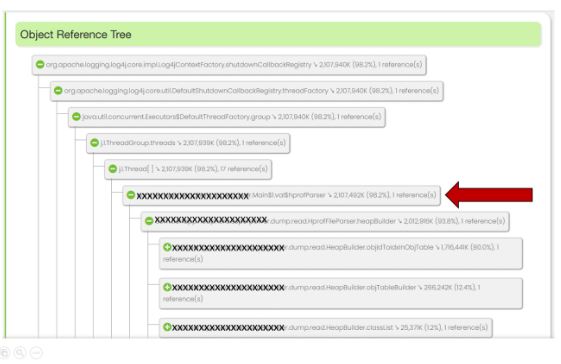 See the red arrow mark in the object tree. This is the starting point of the application codebase. Initially, part of the package name has been masked in Fig 2 to hide the identity of the application. You can notice "xxxxxxxx.superpower.Main$1.val$hprofParser" object to occupy 98.2% of the memory of this object.

Below is the high-level source code of the "xxxxxxxxxxxxxxx.Main." To reduce the noise and improve the readability, non-relevant code from the class has been removed and ellipses have been introduced. 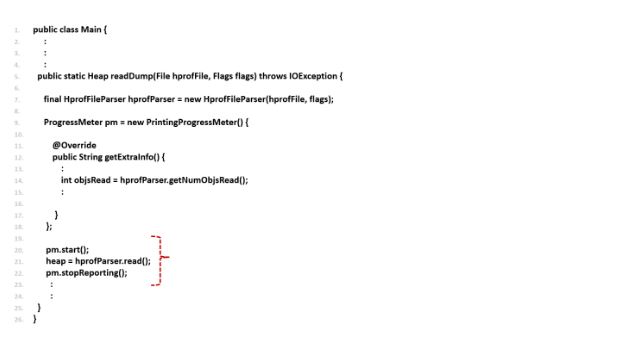 On line #20, this PrintingProgressMeter thread is started using pm.start() method; in line #21, hprofParser.read() method is invoked; and, in line #22, the thread is stopped using the pm.stopReporting() method. This code looks quite normal, right? What can trigger a memory leak in the application?

Under certain scenarios hprofParser.read() method in line #21 may throw an exception. If an exception is thrown, then line #22 pm.stopReporting() will not be invoked. If this line is not invoked, then the thread will be running forever and never exit. If the thread doesn’t exit, then the thread and the objects it references (i.e., hprofParser) can never be reclaimed from memory. It will ultimately lead to a memory leak.

In most performance problems, identifying the root cause of the problem is difficult. Fixing them is fairly trivial. This problem is no exception to it. 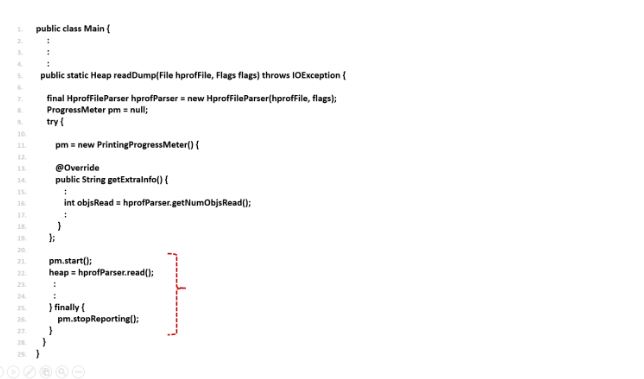 Once we made this change, the problem got resolved instantly.

Moral of the Story

Proper exception handling is required. A small overlook is capable of bringing the application to a grinding halt.