What Is Message-Oriented Middleware? 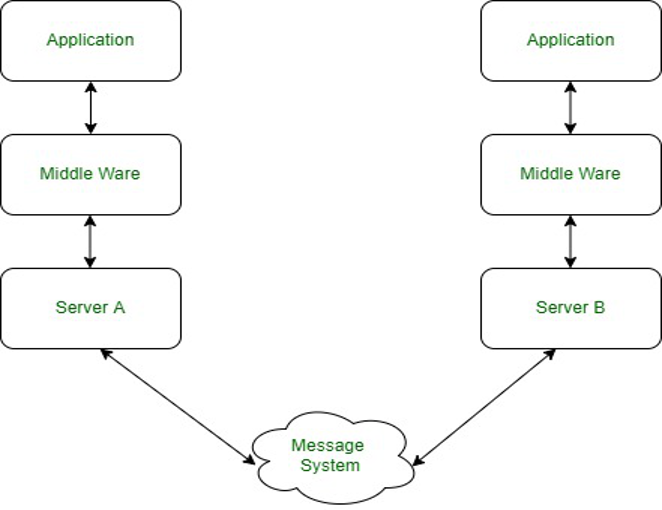 Structure and Working of a Message-Oriented Middleware Queue 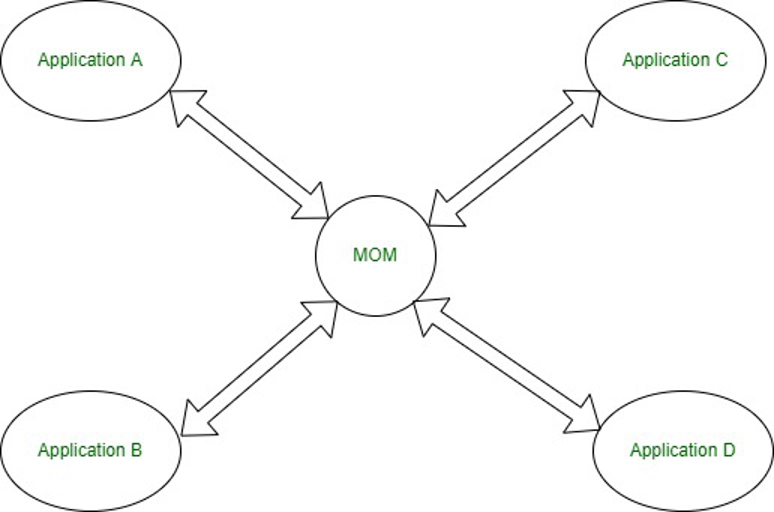 Deployment of a MOM system

Two primary messaging models commonly used in message-oriented middleware systems are published or subscribed and point-to-point models. These two models depend on message exchange through a queue. A general system will use a combination of these two models to attain different messaging aims and objectives.

Differences Between Message-Oriented Middleware and RPC

Message-oriented middleware systems consist of inter-application communication software. This software depends on the asynchronous passage of messages, unlike the request-response architecture. Because of a non-synchronous system, message queues allow for temporary storage when the required program is busy or cannot get connected. In addition, most asynchronous message-oriented middleware systems offer continual storage to support message queues. The sender and receiver applications don't have to connect to the network simultaneously. This helps to solve irregular connectivity. If the recipient application fails, the sender will be able to continue unobstructed. This is because the messages will accumulate for processing in the message queue when the receiver resumes.

Message-oriented middleware systems are such that the message at the destination is not necessarily similar to the original message from the sender. A system with an inbuilt intelligence transforms messages on the way to match the needs of the receiver or sender. Together with multicast or broadcast and routing facilities, one of the applications can send a message in the native format. Two or more applications can receive a copy of this message after it has been transformed into a native format suitable for each of these two applications.

One of the main disadvantages of a message-oriented middleware is that it mostly needs an additional architecture component, which is the message broker. As such, adding this extra component can reduce the system performance and make the whole system expensive and difficult to maintain.