Lately, there has been a lot of fuss about the differences between these two types of architectures, or whether there is any difference at all. In order to delve deeper into this question that raised hundreds of debates, I will first briefly define both SOA and microservices architecture and their origins, and then we’ll compare them and see how we can best distinguish them. 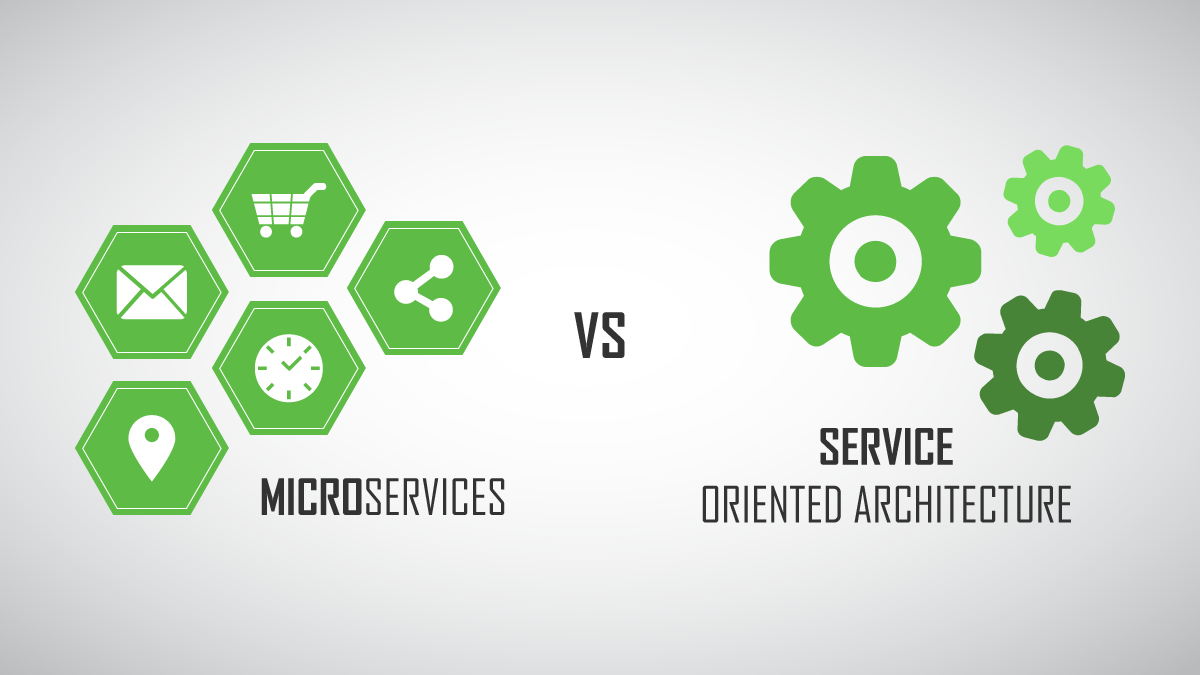 Service Oriented Architecture is a software architecture where distinct components of the application provide services to other components via a communications protocol over a network. The communication can involve either simple data passing, or two or more services coordinating connecting services to each other. These distinct services carry out some small functions such as validating payment, creating a user account, or providing social log-in.

Service Oriented Architecture is less about how to modularize an application, and more about how to compose an application by integration of distributed, separately-maintained and deployed software components. It is enabled by technologies and standards that make it easier for components to communicate and cooperate over a network, especially an IP network.

There are two main roles in SOA: a service provider, and a service consumer. A software agent may play both roles. The Consumer Layer is the point where users (human, other components of the app, or third parties) interact with the SOA, and the Provider Layer consists of all the services within the SOA. 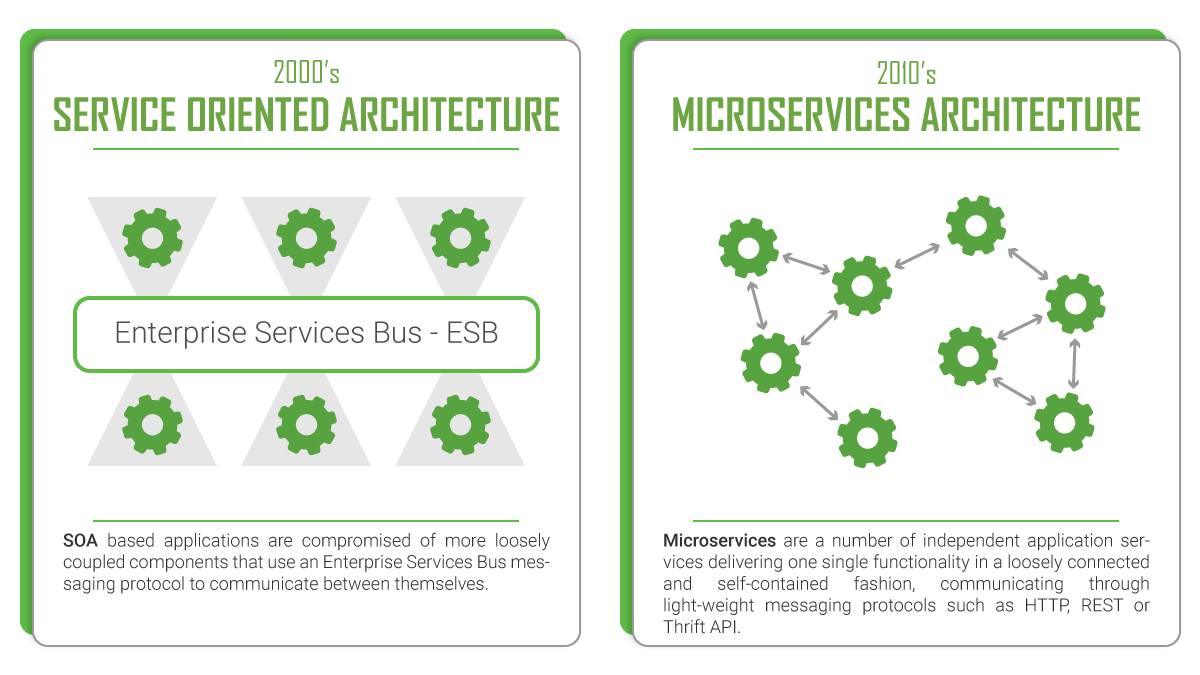 SOA first got its name in the mid 90s, when a corporation called Gartner Group recognized this emerging trend in software architectures, adopted it, and popularized it worldwide. By doing this, they managed to greatly speed up the adoption and further evolution of this architecture pattern. However, the first records of using distributed services as software architecture date back to the early 80s.

Microservices, in a way, are the next step in the evolution of Service Oriented Architectures. Basically, this architecture type is a particular way of developing software, web, or mobile applications as suites of independent services – a.k.a microservices. These services are created to serve only one specific business function, such as User Management, User Roles, E-commerce Cart, Search Engine, Social Media Logins, etc. Furthermore, they are completely independent of each other, meaning they can be written in different programming languages and use different databases. Centralized services management is almost non-existent and the microservices use lightweight HTTP, REST, or Thrift APIs for communicating among themselves.

The word itself originates from a workshop of software architects held near Venice in May 2011. They used the term "microservice" for the first time, to describe what the participants saw as a common architectural style that many of them had been recently exploring. In May 2012, the same group decided on "microservices" as the most appropriate name. However, major tech companies such as Microsoft, Amazon, Netflix, and Facebook, have been working with microservices for more than a decade. Other people have called them “Micro Web-Services” or “fine-grained SOA” before coming up with the commonly accepted name.

Yes, at first glance, it might seem that we are talking about the same thing as SOA. However, I will call upon the words of Martin Flower, a pioneer in the world of microservices, who once said that we should think about SOA as a superset of microservices.

So, Where’s the Difference?

We could say that both architectures have more similarities than differences, however, at the end of the day, they are two different types of architecture. To support my claim, first, I will go through particular segments of the architectures which differentiate them, in table form. Later, I will elaborate on some of them in greater detail. Here we go!

I’ll get into more detail in some of the aspects shown in the table above and further explain the differences:

One cannot simply say that one architecture is better than the other. It mainly depends on the purpose of the application you are building. SOA is better suited for larger, complex enterprise application environments that require integration with many other applications. That being said, smaller applications are not a good fit for SOA as they don’t need a messaging middleware component. Microservices, on the other hand, are better suited for smaller and well-partitioned, web-based systems. Also, if you are developing a mobile or web application, then microservices give you much greater control as a developer. Finally, we can conclude that since they serve different purposes – microservices and SOA are indeed distinct types of architectures.

Published at DZone with permission of Rade Despodovski. See the original article here.