The increasing business complexity and demand for highly scalable applications have brought a paradigm shift in how software applications are engineered. In the past few years, different software architectures are adopted by developers to reduce code complexity, improve fault isolation, and minimize time-to-market.

A software architecture defines and structures a solution in a way that it meets all the technical, operational and business requirements. It is a foundation for the attributes of an application, its elements, relationships, and properties, which ultimately impacts its scalability and performance.

Three of the popular software architecture approaches that developers prefer are:

This blog discusses the fundamental differences between monolithic and microservices architecture and elaborates on which approach works best for e-Commerce app development.

Monolithic vs. Microservices Architecture: An Introduction

A monolithic architecture is a unified model for designing a software solution. All components of software here are interconnected and interdependent. In such a tightly coupled architecture, each component and its related components must be functional in order for the code to be executed or compiled successfully.

Microservices architecture, on the other hand, is a modular approach for designing a software solution. Herein, a software application is built with an independent group of components that run each application process as a service. In such a loosely coupled architecture, a component is independent of the other one, can be written in different programming languages, use different data storages, and serves only one specific function. 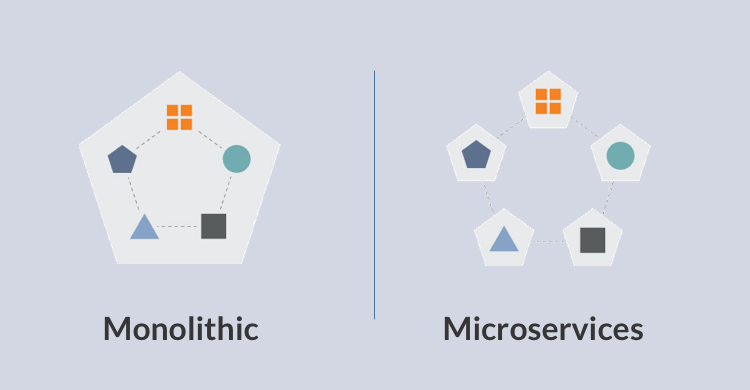 Since all services in a microservice architecture are independent of each other, any halt in a process will keep the rest of the processes unaffected. For example, a memory leak in one service will only affect that single service. On the other hand, any misbehaving component in a monolithic architecture will bring the entire application down (since all services are interconnected and interdependent). 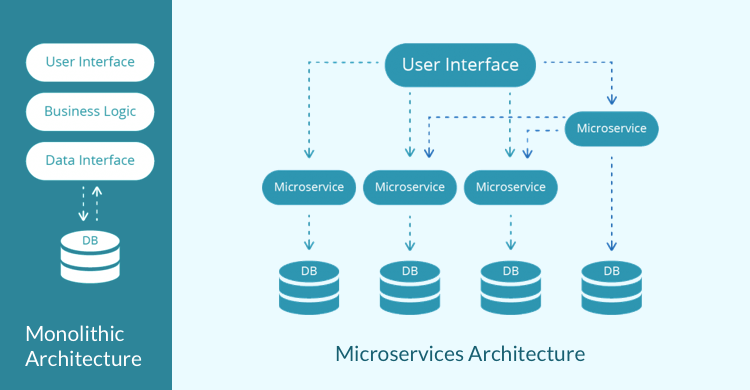 With a microservices architecture, developers have the advantage of using different technologies (languages, frameworks, and OS) to build an application. This eliminates dependency and long-term commitment with a single technology stack. Whenever a new service is built or an existing service is updated, a new, better technology stack can be adopted. This also eliminates the dependency of the development team on a particular resource for building or updating a service.

In a monolithic architecture, the development team is forced to stick to a single technology, which has its own limitations. For example, if a framework that your application uses become obsolete with time, migrating to a newer, better framework can be challenging. The development team may have to rewrite the entire application in a new language or on a different framework, which involves risks and is time-consuming as well.

Once the codebase of an application reaches a certain size, it is a good practice to divide the development team to handle specific functional areas. For example, a UI team, an inventory management team, a product management team, etc. In microservices architecture, all these services are developed as separate modules. Thus, teams can be divided to work independently, which helps them to change and update production, making it easy to scale the application.

With a monolithic architecture, developers have a challenge in scaling. Since there is a single codebase accommodating all services, teams cannot work on different modules independently. And even if they do, it is necessary for the team to coordinate during development and deployments.

A monolithic architecture, on the other hand, has a large codebase with interdependent components. Such an application structure is an obstacle to frequent deployments because for updating a single component, the entire application has to be redeployed. This not only disturbs the tasks in the background but also impact the functioning of connected services. The risk associated with redeployments discourages frequent updates in the application. 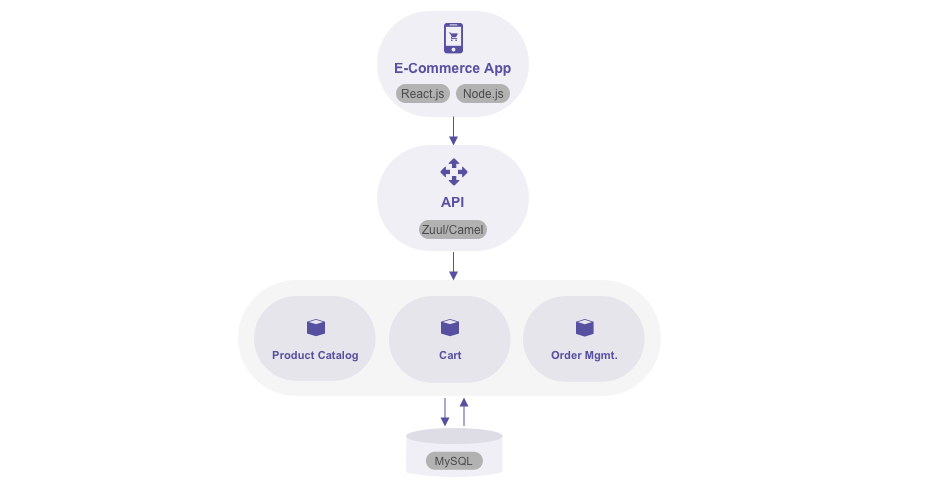 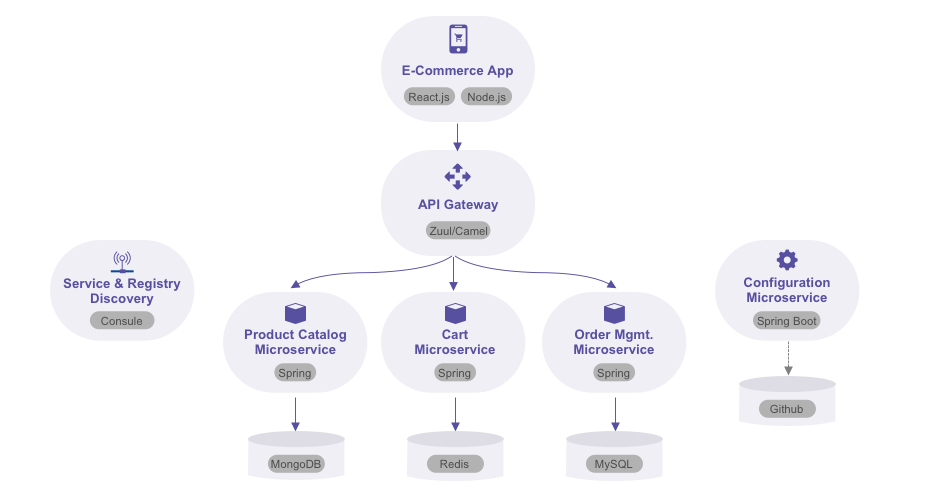 The same eCommerce application, when built using monolithic architecture, has all the services tightly-coupled, uses a limited technology stack, and has a single database. Such an architecture brings a number of challenges as the application scales.

Published at DZone with permission of Archna Oberoi. See the original article here.